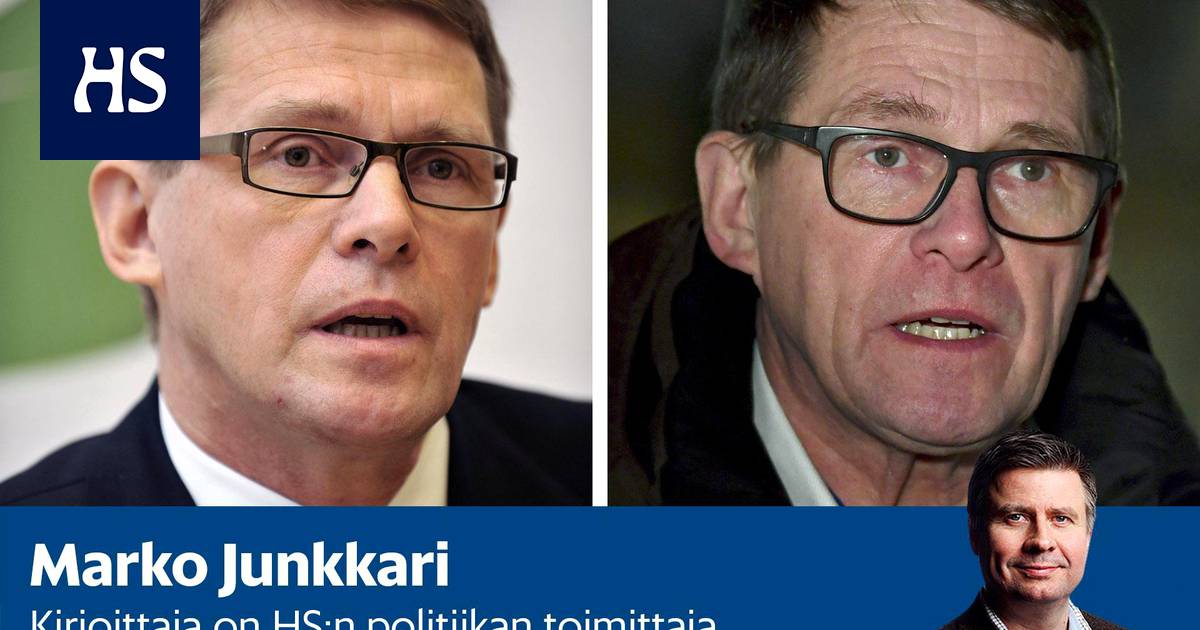 The vision of the giant innovation fund presented by the Minister of Finance Matti Vanhanen is very similar to the investment visions he presented in 2009.

The Treasury minister Matti Vanhanen (Central) presented on Friday the Rural Future in an interview a huge investment to boost Finnish research, development and innovation (RDI).

According to Vanhanen, it would be worth setting up a “bank or fund” that would spend as much as ten billion euros over ten years on R&D expenditure.

The fund would be able to support public and private R&D funding over election periods. According to Vanhanen, the state could borrow the money – albeit on the condition that the government is able to “commit to structural reforms and disciplined economic policy”.

According to Vanhanen, the aim would be to increase Finland’s research and development expenditure to a long-term goal, ie 4% of GDP by 2030.

Let’s get back in history 12 years back.

On January 14, 2009, the then Prime Minister Matti Vanhanen presented the launch of a giant national investment program at a meeting of the Center Party Government in Tampere.

The presentation was a complete surprise to the board partners. For example, the then Minister of Finance Jyrki Katainen (kok) said heard about Vanhanen’s performance just before the speech began.

In his speech, Vanhanen envisioned an investment program of tens of billions, which would invest money in high-speed rail and road connections from Helsinki to northern Finland, support domestic energy projects and put additional investments in research and product development.

According to Vanhanen, the purpose of the program was to prevent an aging Finland from “withering away”.

In his speech, Vanhanen justified the investment program on the grounds that “the current concept does not work”.

The reason for Vanhanen’s pessimism was the financial crisis, which at the time had plunged the world market into chaos and also hit the real economy hard.

According to Vanhanen, the solution was “central thinking on the third road”, which would emphasize the role of the state.

The specific goal of Vanhanen’s third road program was to increase Finland’s research and development expenditure to 4% of GDP.

So to the same goal, which is also in the new innovation fund now presented by Vanhanen.

(It should be mentioned a little as a side note that at that time Finland’s R&D expenditure as a share of GDP was at its highest in the whole of the 21st century in 2009. After 2009, R&D expenditure fell sharply until 2016. Since then, the ratio has risen slightly. Last year it was just under 3%).

Then 12 years ago, Vanhanen hoped that the government would start the preparation of the investment program in its mid-spring 2009 dispute.

And the same situation is now at hand again. According to Vanhanen, the idea of ​​a tki fund should be discussed in the mid-term debate of the government, which is currently meeting at the Estate House.

In Rihie, however, hardly anything concrete is decided about Vanhanen’s vision. Probably the prime minister Sanna Marin (sd) states that, following the debate, preparations will be made for a parliamentary increase in R&D expenditure.

Marin has already had time to convene all parliamentary parties on 27 April to discuss the level and long-term nature of R&D funding.

Coalition Party Chairman of the Parliamentary Group Kai Mykkänen has already had time to give Vanhanen’s fund proposal a complete blow.

“We are also in favor of increasing R&D investments, but this proposed tool is an incredible stick figure,” Mykkänen said. In an interview with HS on wednesday.

According to Mykkänen, the problem is that the state would take on a large amount of debt, which would be transferred to a separate fund outside the decision-making power of Parliament.

Mykkänen doubted that the idea could even be unconstitutional.

In an interview with the Future of Rural Areas, Vanhanen suggested, as an alternative, that a decision be made on a budget item for at least two parliamentary terms that could not be changed politically.

However, this seems to be at least as difficult to implement, as the current parliament would thus tie the hands of the next two parliaments.

As such, Vanhanen is basically the right thing to do.

The big risk for the Finnish economy is that the period of slow growth that has lasted for more than ten years will continue. One explanation for the fact that Finland has lagged behind the comparison countries in economic growth is lower investments in research and development.

For example Pekka Ala-Pietilän recently published by a working group led by report, in which it emphasizes the importance of R&D investment as a driver of economic growth. According to the working group, there should be a level increase in public sector R&D spending.

Research Manager at the Business Research Institute Heli Koski is on the same lines. He emphasizes the importance of R&D investment for economic growth.

At the same time, however, Koski says that he is a little surprised by what the fund devised by Vanhanen would mean in practice and what it would add to the current situation. Companies can already apply for public support for product development projects, for example through Business Finland.

According to Koski, before establishing a new instance that distributes innovation funding, it would be worthwhile to analyze why R&D funding in Finland is lagging behind the benchmark in general. And once the bottlenecks are found, you should then try to find targeted ways to ease them.

Creating a whole new giant “fund or bank” may not be the most effective solution to problems.

Vanhasen great visions are united above all by the fact that they are not necessarily even intended to be concretely implemented. Above all, they are visions – not actual policies.

In 2009, the realization of Vanhanen’s vision was not helped by the fact that at the end of the same year he announced that he was resigning from the post of Prime Minister and chairing the Center. The Prime Minister changed in the spring of 2010.

And the same pattern seems to be in front now. Vanhanen is presenting a giant R&D fund at a time when he is, in fact, just resigning as Minister of Finance.

The old man has said many times that he does not intend to sit as minister until the end of the term.

“I’m not going to be near the end of the election term,” Vanhanen said last Saturday in an interview with Yle.

The old man’s resignation may be ahead soon after the midfielder. Or in the fall after the budget dispute. Or next winter. In any case, Vanhanen is already in his starting pits.

It seems strong that Matti Vanhanen tends to get excited about presenting large and far-reaching visions at the stage when he is just putting his gloves on the counter.

And there is nothing wrong with that in itself. It is positive to think that Vanhanen likes visions of great things for others to accomplish.