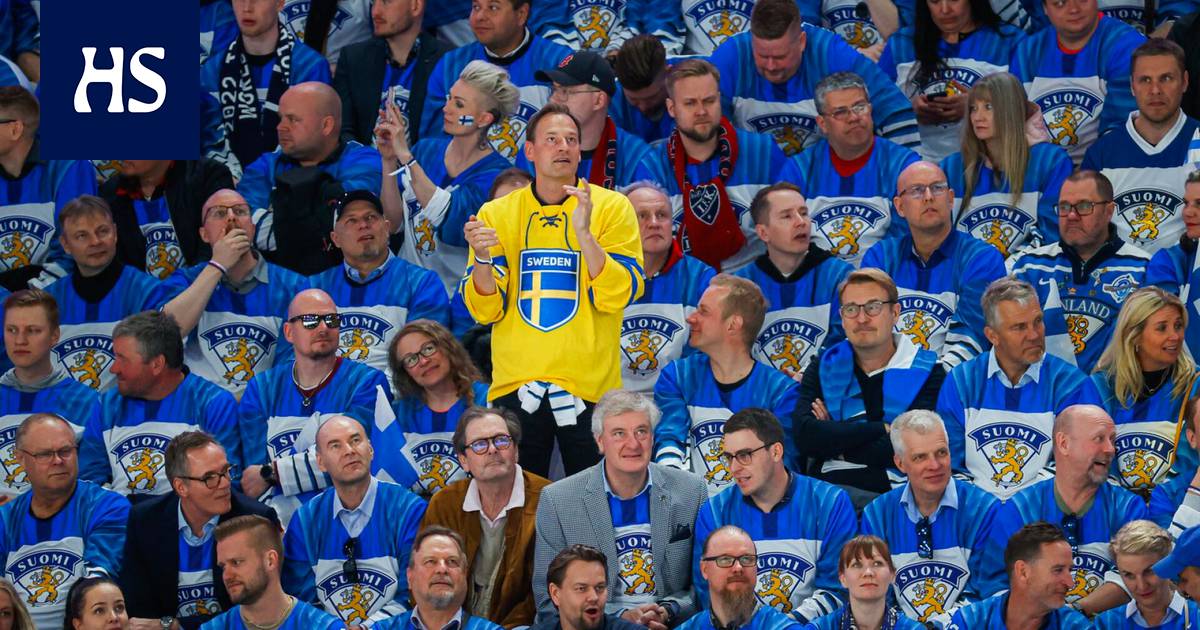 Finland is superior in the trough in Friday’s Britain match, but so are the British supporters.

The rhythmic cries of British supporters resound in the Nokia Arena and dominate the airspace to the beat of the drum. The Lions is overwhelming in the opening round of the trough, but so is Britain’s small but even louder fan base in the auditorium.

If the British were quiet, so would the whole hall. The exceptions are the organizers’ imaginative shouts and wave talks, but for long periods of time it is difficult to detect any Finnish encouragement from the arena’s galleries.

The atmosphere is left behind by the crushing numbers of Ilves and Tappara’s spring playoffs, which were played in the same Nokia Arena, so it’s not a place to play.

When the second installment begins, there is just over a crowd in the auditorium than in the hallways enjoying Friday refreshments and snacks.

How can this be the case at the World Hockey Championships with the Lions playing?

The Finnish Hockey Association, together with the City of Tampere, for example, has built a high-quality event from the World Championships in many ways.

In recent days, it has been difficult to walk through the center of Tampere without smiling. The streets have been conquered by a cheerful puck rage that has brought a sunny, smiling and sizzling counterbalance to the low corona years. There is a lot of good in the match as well.

Even in Finland’s first weekend games in Norway and Latvia, it was felt that the riots were being held inside the Nokia arena like in the streets of Tampere, but this week has been very quiet.

The silence of the Swedish match was “overcome” many more times in Friday’s church-like encounter with church spending.

Reason is easy to detect. Tickets for the Finnish Games cost – and still cost – from just under a hundred euros to almost four hundred euros.

Many passionate puck fans have had to take a look at their wallets when making a purchase decision and leave the euro to bury as the price of food, the price of petrol and mortgage rates rise.

Thousands of different business guests are currently sitting in the auditorium instead of the loudest lion hearts. Morning paper said Thursday Wholesaler Onninen will play 700 of its trade fair guests in every game in Finland. HVAC and electricity fairs are held at the same time in Pakkahuone. And Onninen is not the only company that has brought people to the Nokia arena.

Because corporate guests are easily identified from the auditorium by uniform jerseys, neither empirical study is required to conclude that so-called basic supporters, who now watch a large number of matches from home couches or different fan areas in Tampere, would bring a completely different atmosphere to the hall.

It would be earned by both the World Championships and the team chasing the Lions Championship.

See also  Labor market "The disadvantages of a teacher's job are elsewhere than in the salary", describes the class teacher's recent agreement in the municipal sector

Hockey Association will get what it wants from the World Cup – a significant financial profit with which it can pay for its operations and develop domestic hockey. Companies get happy guests, grateful old customers and eager new customers, which rains in the pockets of companies.

However, the World Championships do not get the atmosphere they deserve. The fault lies not with the companies but with the Hockey Association, which sold an infernal atmosphere to earn euros.

The World Cup betting games are still ahead. It would be a shame if the Lions celebrated the first World Cup gold in their history in such a quiet Arena.