Can leading politicians find the energy to reform the electoral system more boldly after the election?

What can you stay in hand from today? Perhaps the political outcome of the election or waking up to a low turnout? By tomorrow, the Finnish political system may find itself in a situation where it is forced to take stronger action to strengthen representative democracy.

What is certain is that, in terms of turnout, there is no more than a victory against the gloomy predictions.

When citizens go to the polls today, they will do it again in about six months. Turnout in the June municipal elections was the lowest since the wars: 55.1 percent.

In regional elections, turnout could fall to as low as 40 percent, the Municipal Sector Development Foundation warned in its poll in December. The share of those who were completely sure to vote had collapsed by as much as 19 percentage points compared to a similar poll conducted during the municipal elections. However, the hope for better is created by more than a million advance votes. That could lead to a 50% overall activity, according to researcher Sami Borg.

The pandemic has understandably intensified the election rush when the municipal elections were postponed last year. The situation with the coronavirus is also likely to affect the willingness to vote in today’s elections. It is undeniable, however, that the realization of representativeness has been placed too much on the shoulders of already conscientious citizens. If less than half of those eligible to vote go to the polls, the basic guidelines drawn up by the first regional councils will emerge in an eccentric and weak political state.

Representative the realization of democracy is more than the polling dates scattered on the calendars of the administrations. Remedying this requires social service design, where elections do not play a major role, but voters do.

Negligence on the part of voters is well illustrated by the way in which, for example, municipal elections are often heard as a “measure of support for parliamentary elections”. Such speech is harmful because it underestimates the importance of local democracy. Regional elections have even been called a “farce of unfinished administrative reform”.

See also  Reader opinion In psychotherapy, many of my deep wounds were finally healed

In order for nihilistic speech not to deprive even conscientious citizens of their desire to vote, the electoral system must be reformed as a matter of urgency. It goes without saying that it is not sustainable to run citizens to vote separately in municipal, regional, parliamentary, presidential and European elections.

In addition to the fact that the Finnish scattered election model does not work from the voters’ point of view, it consumes unnecessary public resources and increasingly binds parties into campaign organizations.

Party activists and chairmen must still be commended for doing what they can to raise the profile of regional elections in difficult pandemic conditions. After the elections, will leading politicians find the energy to reform the electoral system more boldly than has been seen, for example, in the wake of the parliamentary election working group of party secretaries?

In Sweden it is not as socially acceptable not to exercise the right to vote as in Finland. The emphasis on corporate social responsibility begins early in school. So, if our system creates new constituencies, we should think harder about it for the voter.

Namely, there is a great risk that we will unknowingly begin to accept the ever-declining turnout as a kind of natural law. That must not happen.

Therefore, a happy election day for those who have the opportunity to exercise their right to vote today.

The author is the corresponding editor-in-chief of HS. 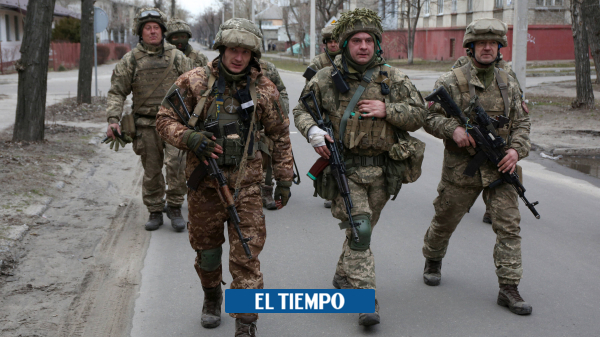 Who make up the ‘Legion of foreigners’ defending Ukraine?

Liga MX: The champion Atlas leaves an America in crisis of results on the pitch