Colombian was arrested in Russia for protesting: this will have to be done 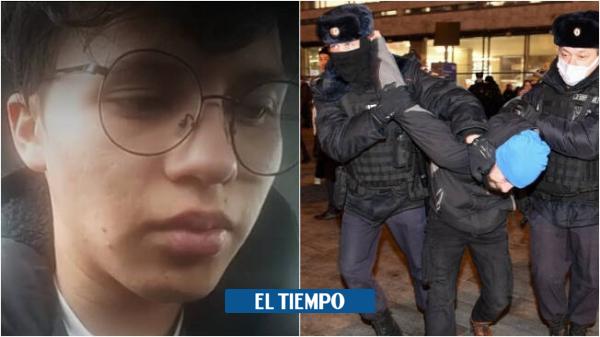 Julián Andrés Molina, a Colombian who is studying in Russiawas captured in the last few hours when he was accused of allegedly participating in protests against the war in Ukraine.

Molina, 19, told ‘Noticias Caracol’ that he was on his way to the Bolshoi Theater in Moscow when the authorities detained him.

‘They told me it was to protest’

“I took a photo of the theater and when I was going to return to the subway, two policemen came at me from behind, took me to a van and took my cell phone, suitcase and passport,” he revealed.

We did not imagine that one of these things would happen

Without any apparent explanation, the young man was made to sign a document in which he admitted having broken Russian law.

(Keep reading: Sniper would have killed Russian general from 1,500 meters away).

According to his mother, Edtih Calderón, the young man had already planned to return to the country before the tensions in Russia. Therefore, he traveled to Moscow for one last tour, but it was there that the capture was presented.

See also  Annual inflation in Russia in January and the first days of February accelerated to 8.8%

“He wanted to take some photos in the Red Square, he told me that he was going to go there and after a while I no longer had any communication with him. (…) It has been very difficult. We didn’t imagine that one of these things was going to happen,” Calderón assured ‘Noticias Caracol’.

After a hearing, Molina was given a fine for 10 thousand rublesjust over 275 thousand Colombian pesos, and they allowed him to leave Russia.

“Now we can be calmer. I hope that it reaches and that it can arrive”, added the mother.

(Also: In photos: Zhytomyr, a city in Ukraine, was destroyed after Russian attacks).

Giovanny Rincón, a doctoral student in Russia, collaborated with the young man as a translator to fill out the relevant paperwork and called on the diplomatic authorities of Colombia to be more aware of these issues.

“We have hundreds of Colombian students in Russia, but the Embassy should be more attentive to them and more to those who live near the border with Ukraine. It is not happening right now, ”he specified in the aforementioned newscast.According to Rincón, the Colombian consul in Russia only contacted Julián Andrés when his problem had been solved.

Thousands of people have been arrested after protesting against the war in various Russian cities.

The young man, as he pointed out, will be meeting with the Colombian authorities and then will go to the airport to take the flight scheduled for this Monday, March 7.

Questioned by the news, he said that he would return to Russia for “another semester or when the situation improves.”

(Be sure to read: Recommendations of the US Government to protect yourself from a nuclear attack).

It is worth mentioning that more than 5,000 people were arrested last Sunday, March 6, in some 60 locations in Russia for participating in unauthorized protests against the military intervention in Ukraine, said the NGO OVD-Info, which specializes in following demonstrations.

Based on data from the NGO, More than 13,000 protesters have been captured in Russia since military operations began on February 24. Moscow and Saint Petersburg are two of the cities that have presented the most concentrations.

A woman is detained by Russian police during an anti-war protest in Moscow.

All this in the midst of a new law that represses “false information” about the activities of the Russian army in Ukraine. The rule now states that whoever commits the crime will be subject to penalties ranging from fines to 15 years in prison.

For this reason, Russian and foreign media announced that they were suspending their activities in the territory.

– Ukraine after a week of Russian invasion: see before and after photos. 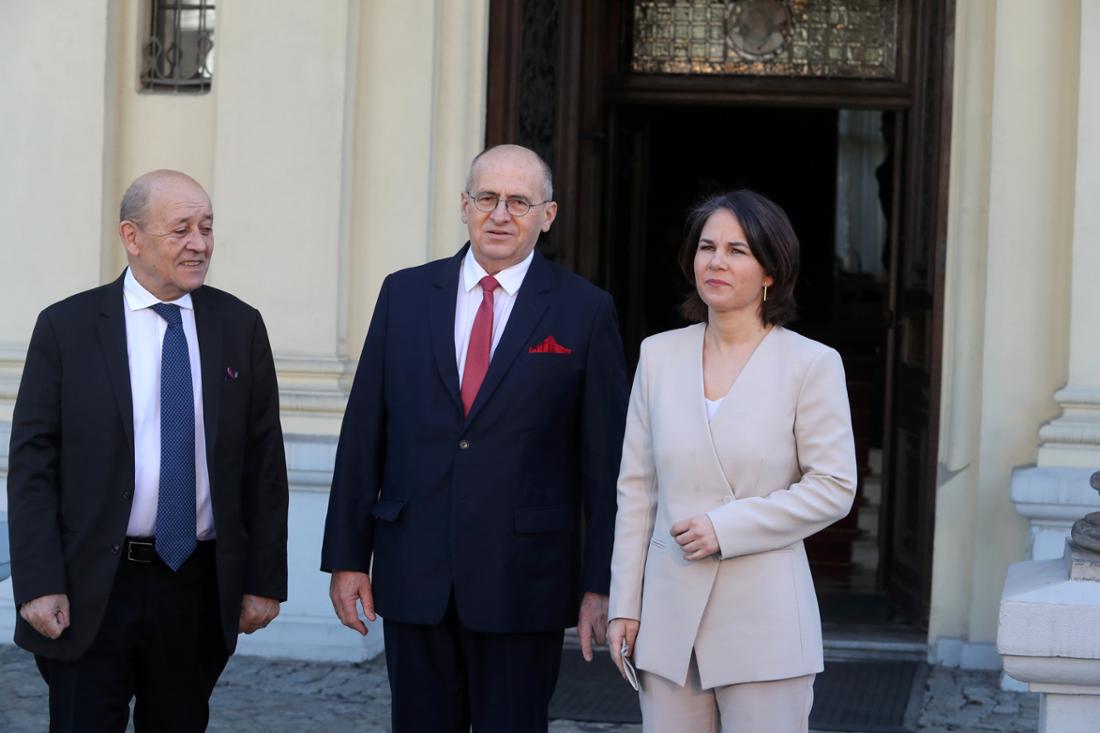