Colombia: the league that loses the most average time due to fouls, in the world 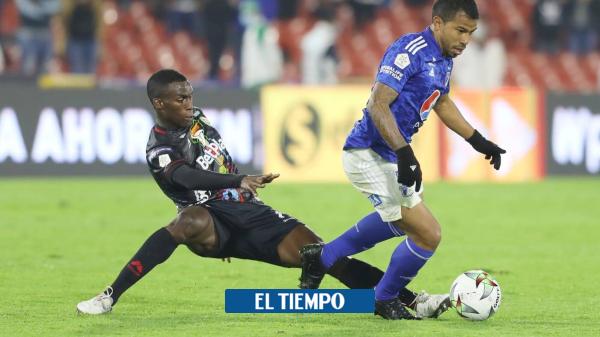 Colombian football appears this Monday in a very bad place in a ranking prepared by the CIES Football Observatorywhich presented a study on the time lost due to fouls during matches in the different leagues in the world.

CIES ranked 38 leagues worldwide based on data from InStat (a global sports performance analysis company) on time stopped due to fouls.

The two highest figures were recorded for the Latin American leagues, the Mexican and Colombian top divisions, while the highest foul break time of the 33 European leagues surveyed was measured in Portugal.

The five Latin American championships included in the sample are in the top 10 positions in the ranking.

The extreme values ​​of fouls per match were recorded in Serbia (30.7) and the Netherlands (20.3), while those with the longest detention time for misdemeanors were measured in Colombia (38.3”) and Belarus (25.3”). In Colombia, 16:07 minutes per game are lost, in this item it is behind Mexico as the two worst.

See also  Ranocchia knocks Belotti out in the area, but Guida doesn't see the penalty. And the Var does not intervene

The study indicates that in Colombia an average of 25.2 fouls are committed per game, with the league ranking 20th in this ranking.