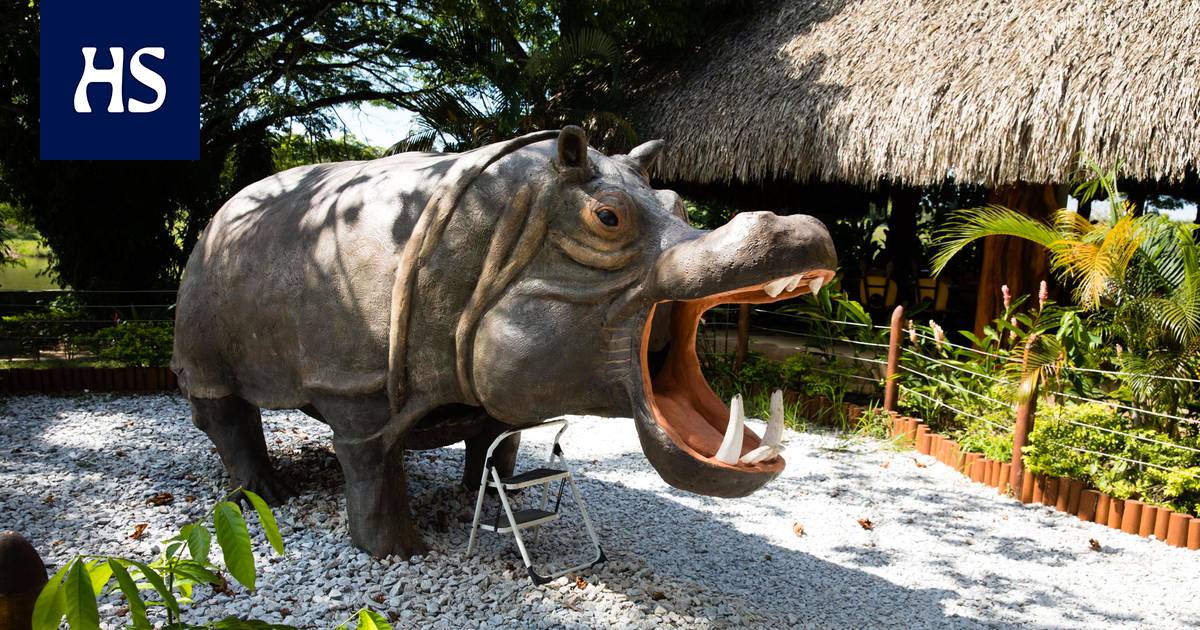 The drug cartel’s crazy boss wanted a few hippos for his eco-orders in the 1980s. Now the hippopotamus population is wild and may grow by hundreds in the near future.

Problem weighs a ton, too. And there are dozens of problems. If the wildest predictions come true, there will soon be hundreds.

These are Colombian hippos that cause headaches along the Magdalena River, a couple of hundred kilometers from the city of Medellín. Hippos are part of a great drug addict Pablo Escobarin heritage.

Escobar’s hippos have risen again as a topic of conversation early in the year after a scientific publication Biological Conservation published an article about them in January.

“If there is no pressure [virtahepojen] effective reduction / hunting, the stock will continue to grow steadily, ”the article said. Uncontrolled growth of the stock would be detrimental to other fauna and flora in the environment.

Escobar was the leader of the Medellín cocaine cartel, causing immeasurable destruction. He murdered thousands of people. He died at the age of 43 when he was shot on the roof of a house in Medellin in 1993.

In the 1980s, deep in the tropics, Escobar built a huge ecoventage, the Hacienda Nápoles. The farms of about 30 square kilometers also had an animal park where Escobar wanted exotic animals. So four hippos were illegally brought in – one male and three females.

Kun Escobar had been killed, looting began on the farms of Naples. As a result of the turmoil, some of the hippos were released.

Hippos have thrived in the wild in the Colombian tropics, although they do not naturally belong there. In 2012, it was estimated that there were 35 animals, now at least 80. According to the wildest estimates, the hippopotamus population could grow to as many as 1,500 in a couple of decades.

“But when there are 400 to 500 hippos in the future, they may threaten the survival of animal species that feed on the same areas,” said Zerda, a researcher at the UNC in Colombia.

Today Escobar’s premises are a family-friendly tourist destination with some evidence of Escobar’s violent career and ostentatious lifestyle.

HS visited the farms of Naples in 2018. At least at that time, the farms had an animal park in operation. Among the farmed animals were also hippos, which are descendants of Escobar hippos.

The hippopotamus has become a direct symbol of the area. Although hippos pose a danger to local residents, the idea of ​​destroying the stock raises strong opposition.

Germany, the ‘bogeyman’ in full renovation that must never be forgotten