Colombia: President Iván Duque announces a reform of the Police 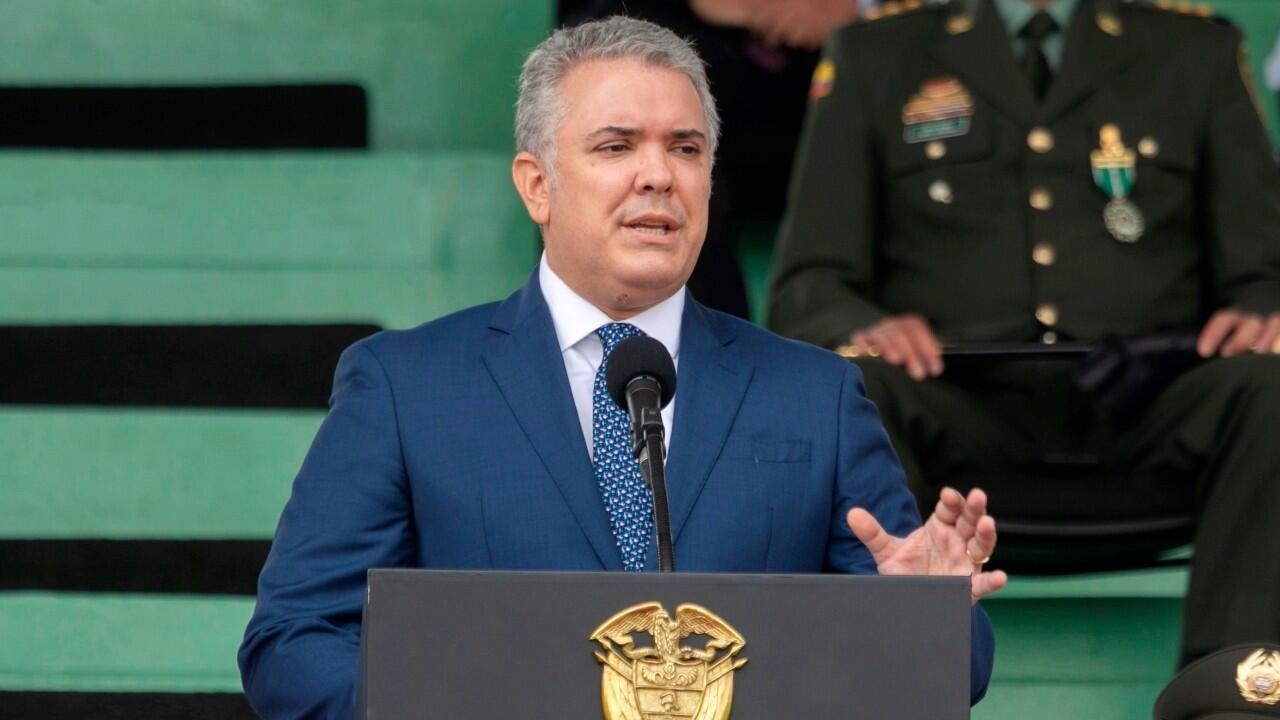 The Colombian president assured that he will promote a “permanent transformation” of the body, focused on respect for human rights. The role of the uniformed has been under scrutiny amid the National Strike, with complaints of excessive use of force by various organizations. Despite the reform, the police force will continue to be under the control of the Ministry of Defense.

A reform in troubled times for the Colombian Police. It will be a “permanent transformation” according to President Iván Duque, who made the announcement on June 6 from Bogotá, the country’s capital.

The restructuring of the security forces comes as their role in the National Strike marches has been criticized for human rights abuses, with at least three of their agents facing homicide charges since the protests began on April 28.


According to the Prosecutor’s Office, in that period of time 20 people directly related to the protests have died, while the NGO Temblores assures that until May 31 at least 45 homicides were reported, allegedly perpetrated by the Police.

The reform, which will be presented to Congress on July 20, seeks to strengthen oversight over the actions of the police, a professionalization of its members, as well as the creation of a Human Rights Directorate.


The pillars of this project include a “legal and legitimate use of force”, with a new disciplinary statute and even a new image on uniforms.

“A new historical milestone is marked so that our Police, strong, vigorous, transparent, close, loyal, continue to sow in every home in Colombia a sense of tranquility,” said Duque.

A police reform with “cosmetic” measures

This reform has been one of the requests from various sectors of the opposition to President Duque and also a slogan that has been expressed in the streets. It is a movement that has come to the fore in recent weeks but has already made itself felt in public opinion in the past with the deaths of the young Dilan Cruz in 2019 and Javier Ordóñez in 2020, in both cases at the hands of the Police. .

For Congresswoman Juanita Goebertus, from the Green Party, President Duque is wrong by not having carried out a prior dialogue process. “In the announced measures there are some necessary and others cosmetic,” he says. The representative to the Chamber also regrets that the Police continue under the protection of the Ministry of Defense, which gives it a military character.

The President is wrong announcing reforms to the Police without a broad process of listening and discussion with all sectors.

In the announced measures there are some necessary and others cosmetic.

The reform involves clarifying violations and removing the police from the Ministry of Defense.


Along the same lines, opposition senator Iván Cepeda, from the Alternative Democratic Pole (PDA) party, told the EFE agency that the government’s proposal “shows that they are merely cosmetic changes.” “It is not enough to say that there will be more training in Human Rights in the Police, or that new offices will be created, dependencies to present internal complaints within the Police (…) everything is cosmetic,” he insisted.

The reform also generates criticism within the Colombian president’s own party. Senator María Fernanda Cabal, from the Democratic Center, urged the president to review “the three million illegal weapons with which they kill the civilian population and soldiers and police.”

Analyst Jorge Restrepo described this restructuring as “insufficient.” Through Twitter, the director of the Conflict Analysis Resource Center (CERAC) stated that the project “is not part of a security reform” and “does not reduce the multiplicity of its functions.”

It is insufficient, since it is not part of a security reform, does not reduce the multiplicity of its functions, maintains the shortage of judicial and rural police, and does not solve the problem of relations with local authorities and the judiciary. 3/


The IACHR arrives in Colombia to review the human rights situation

The news comes in anticipation of the visit of a mission of the Inter-American Commission on Human Rights that will be in the nation between June 8 and 10 to analyze the human rights situation in the framework of the demonstrations.

It is a visit that has generated a lot of expectation in Colombia because, at first, the Government did not allow the arrival of this delegation, arguing that the country’s control agencies should carry out their investigations first.

The IACHR will be in Bogotá and Cali, the latter city being one of the epicenters of these marches. In this city, two young people lost their lives in clashes with the Esmad riot squad on Friday night.