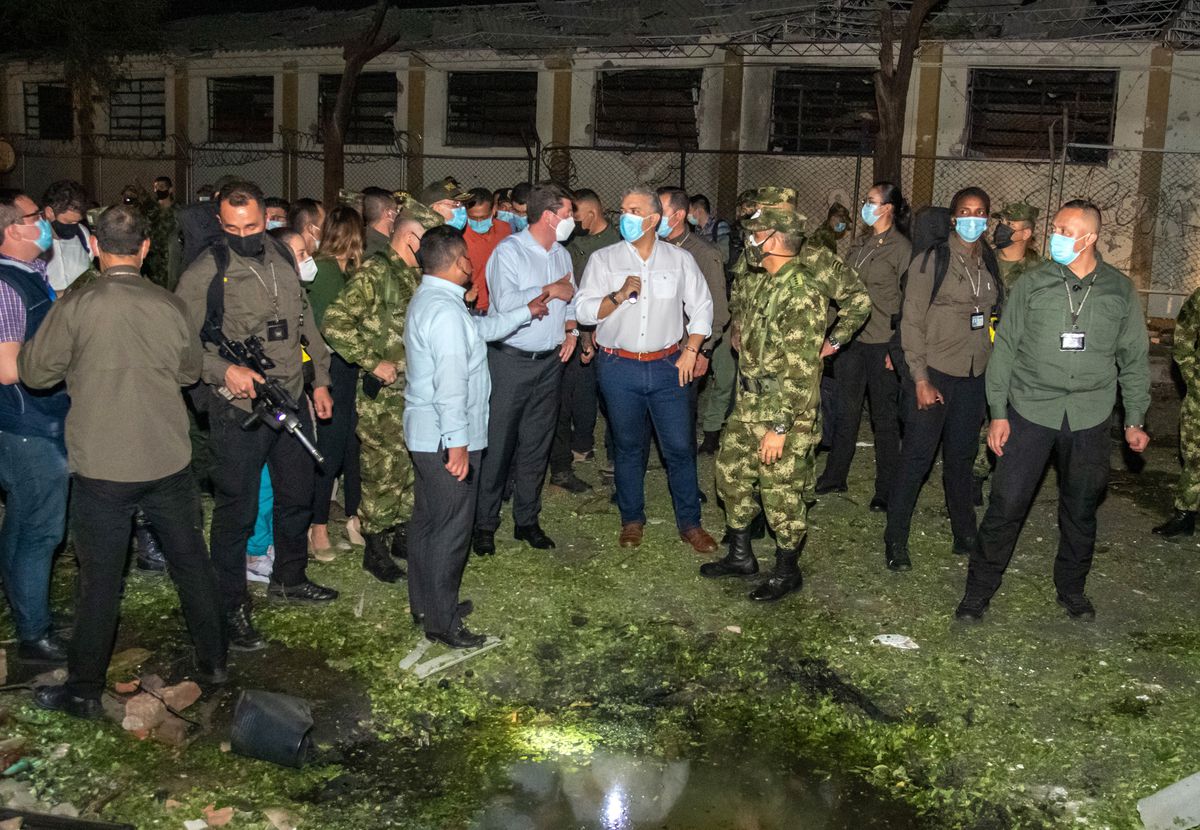 The car bomb attack on a military installation in Cúcuta, a city on the border with Venezuela, once again shows the face of the violent past in Colombia, which had already been looming with massacres and assassinations of social leaders during the government of Iván Duque. After more than a month of a social outbreak that has left at least fifty dead and reports of police brutality, the country shook this Tuesday with images of an attack on an Army headquarters in one of the key brigades against drug trafficking . As in a loop, the calls for a tougher hand are repeated in the midst of a context that already announces the 2022 elections.

At least 36 soldiers were injured on Tuesday, three of them seriously. In the brigade there was “a small group of US military training with a Colombian unit.” According to the US embassy, ​​none were injured. President Iván Duque said it was “a cowardly and miserable attack,” announced a reward of 500 million pesos (135,000 dollars) and the support of a specialized group of the FBI in the investigation. “The wall plan will be redoubled in the border area with the support of all authorities” and “joint patrols with the Army,” he said.

Although they evaluate two hypotheses about those responsible for the attack, the strongest points to members of the urban war front of the National Liberation Army (ELN), under the orders of Antonio García, a member of the Central Command of that armed group. “Let it be clear that the members of the ELN Central Command are also responsible. They are terrorists and cannot continue posing as peace managers abroad, ”Defense Minister Diego Molano said from the attacked military base.

Then, as happened in January 2019, when that group put a car bomb in the Cadet School in Bogotá and left 22 dead, the door was closed again to the dialogues that the Government of Iván Duque had opened a few months ago. Miguel Ceballos, the former peace commissioner who resigned in May, revealed that he was making progress in rapprochement with peace managers from the ELN; and that also – without him being informed – former president Álvaro Uribe, publicly a staunch opponent of dialogue, made contacts with representatives of that guerrilla. “What a painful custom they created to make ‘peace’ due to the pressure of terrorist bombs,” said Uribe about the Cúcuta attack.

The attack also revealed flaws in the security of the military installation. The prosecutor, Francisco Barbosa, pointed out that the car with the explosives entered at least two and a half hours before the explosion, at 12:30 p.m., and the last of the two explosions occurred at 3:04 p.m. “This person, according to the material evidential elements collected, entered through the control of this brigade and we are verifying if the security protocols for entering these military units were complied with,” said Barbosa. President Iván Duque ordered a disciplinary investigation and the Army relieved six soldiers, from the guard officers to the battalion commander.

Brigade 30 is located in the heart of El Catatumbo, a powder keg where guerrillas, paramilitary groups and drug trafficking coexist. “They block us for a month and now the ELN is putting a bomb on us. What is happening to the security of this country?” Senator Rodrigo Lara questioned, while other opposition leaders have pointed out, without further details, that the “attack benefits the enemies of peace ”and those who want to return to the politics of fear.

The attack has intensified questions about the management of security and represents another front to be resolved by Duque, who must maneuver with the demonstrations – temporarily suspended by the strike committee – the complaints of police brutality and the effects of the pandemic of the coronavirus in an environment that is already looking at the 2022 elections.