Colombia has hosted Venezuelan refugees. Now you must take one more step 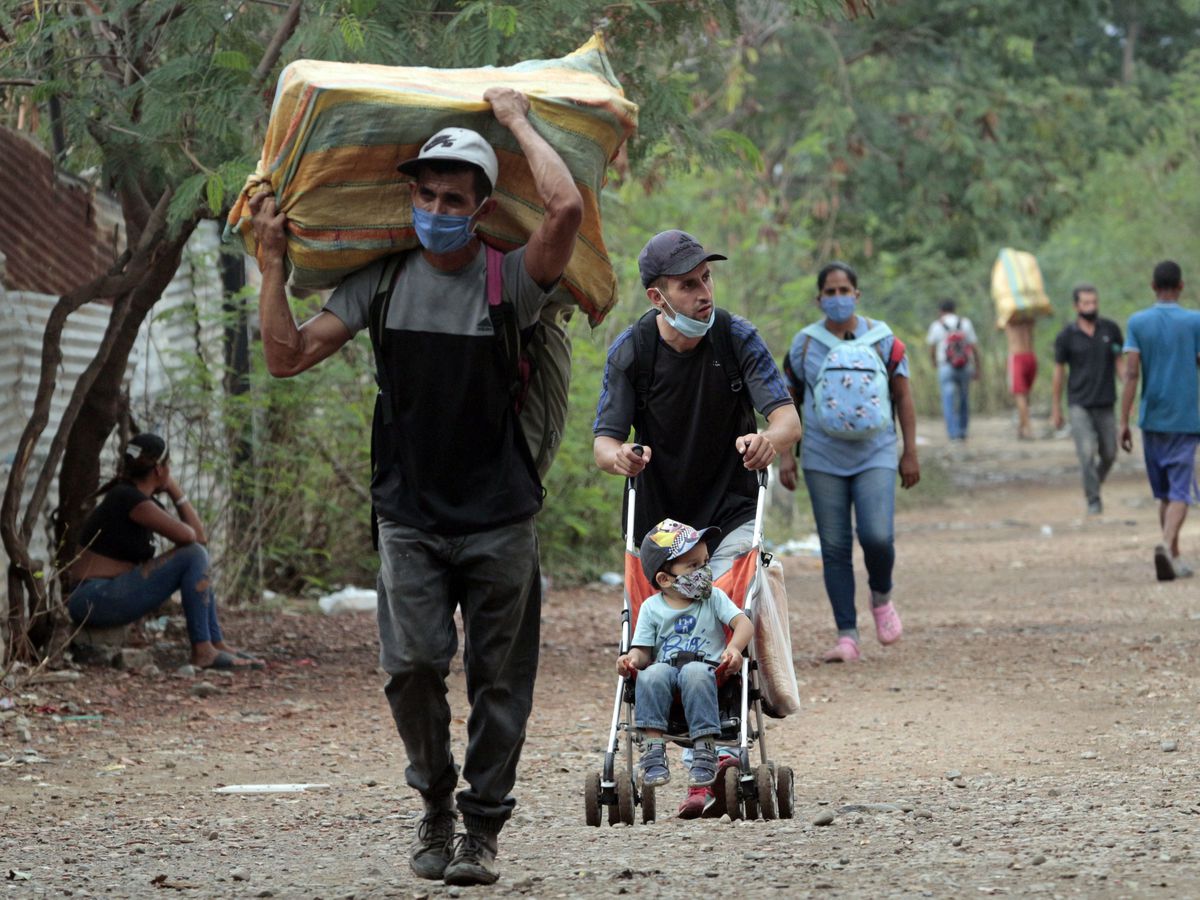 A 16-year-old Venezuelan teenager hugged his dog sitting on the side of the road. They were in the Páramo de Berlin, in Colombia, the highest point on the route taken by Venezuelans who cross the border between Venezuela and Colombia on foot, where temperatures can drop as low as 0 ° C. The young man, along with two others his age, had been walking for hours.

Perhaps even more painful than hearing their stories, was the feeling of deja vu and the certainty that part of his suffering was unnecessary.

In 2018, we saw some of the first hundreds of Venezuelan walkers, including pregnant women, children, who walked for days to reach larger cities in Colombia and other Latin American countries. Back then, they were fleeing the devastating political, humanitarian and human rights crisis in Venezuela, which today has forced more than six million people to leave the country.

Three years and a pandemic later, hundreds of Venezuelans continue to travel these dangerous routes, unprepared for extreme temperatures or risks to their safety. UN agencies estimate that 400 refugees and migrants walk these routes every day to reach Bogotá or other Colombian cities, including between 10 and 15 unaccompanied children or children separated from their families, who are exposed to trafficking. people and, in parts of the journey, to recruitment by armed groups.

The fierce repression of the Government of Nicolás Maduro against opponents in Venezuela has led the Prosecutor of the International Criminal Court to initiate the first formal investigation on alleged crimes against humanity in the Americas. In turn, the humanitarian emergency in the country, which predates the covid-19 pandemic, has left one in three Venezuelans suffering from food insecurity, and millions in need of adequate medical care.

As long as the Maduro government continues to systematically violate the fundamental rights of the Venezuelan people and does not respond to the humanitarian crisis, Venezuelans will continue to flee.

The Colombian government has taken a historic step to grant legal status to the more than 1.8 million Venezuelans in the country. This momentous measure allows Venezuelans to work legally in Colombia, protecting them from possible exploitation. Once they get their permits, they can send their children to school, get health care, and report crimes without fear of deportation.

The Colombian government and various international and UN organizations that provide humanitarian assistance have established several centers along the route followed by these walkers, with the purpose of providing them with food, temporary shelters, health care and internet access. In 2021, more than 100,000 walkers received help. In addition, Colombian organizations, some of them with the support of organizations such as Aid for Aids and Funvecuc, have installed their own service points along the way.

With very few exceptions, such as the case of families with children under 12 and pregnant women, no one offers transportation to Venezuelan walkers.

Why does the Colombian government, which has generously welcomed so many Venezuelans, not allow them to take a bus to avoid a dangerous journey?

The answer appears to be a mixture of fear, poor legislation and cruel policies. Some transportation companies are concerned that taking migrants without legal status on their buses may constitute “migrant smuggling,” a crime under Colombian law. In turn, an immigration decree approved in 2018 establishes as an administrative offense that companies transport migrants without legal status in the country. Given this, some transport companies fear that they will be fined, since most Venezuelans who cross the border on foot have not yet been able to regularize their situation. Public officials and humanitarian workers told us that some mayors of the cities where the refugees are going want to stop the influx of Venezuelans. Some apparently believe that allowing walkers to use buses will encourage more Venezuelans to leave their country.

Yet this policy has not deterred thousands of Venezuelans, who, like so many other migrants in the region, are in dire straits. This policy only makes them suffer more by forcing them to walk.

The Colombian government should work with humanitarian organizations to provide transportation for walkers and carry out the necessary legislative reforms so that Venezuelans can move through the country safely.

Helping Venezuelan exiles reach their final destination by bus would not only be a human gesture, but it would also be economically convenient. UN agencies and their partners spend between $ 200 and $ 300 a day to feed and assist each hiker during their journey on foot. Paying for a $ 30 bus ticket would allow a larger budget to be used to help Venezuelans where they choose to live, or to ensure they have quicker access to legal status.

In 2020, when COVID-19 hit Colombia, many Venezuelans lost their jobs and tens of thousands decided to return to their country. At that time, Colombia made buses available to take them back to the border, so there would be no logistical reasons not to offer that transport now.

The walkers we saw recently receiving humanitarian aid during their difficult journey were in better condition than those we saw in 2018, when there was much less humanitarian assistance. However, what is the point of making them suffer unnecessarily?

Colombia has made the right decision to grant legal status to Venezuelans. Now he must take this crucial step to end the suffering on this route and help Venezuelan walkers stop being part of the landscape of Colombian routes.

Tamara Taraciuk Broner is Acting Director for the Americas.

Juan Pappier is a Senior Researcher for the Americas, both at Human Rights Watch.

As a result of climate change, a terrifying scenario for the shape of the Earth after 500 years