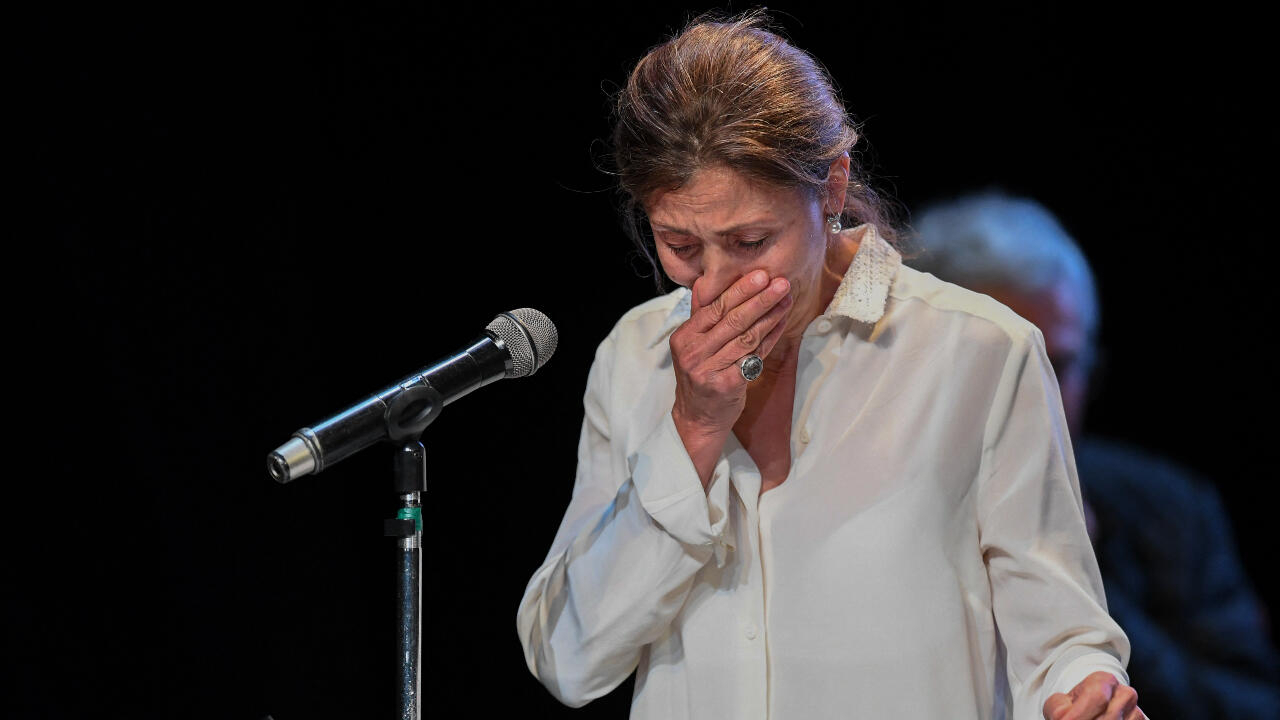 For the first time after the signing of the Peace Agreement, members of the former FARC guerrilla and some of their more than 21,000 kidnapping victims held a face-to-face meeting within the framework of the Truth Commission. Former combatants-turned-politicians acknowledged their responsibilities in the scourge, while most of the victims present, including former presidential candidate Ingrid Betancourt, pointed out that much remains to be done in terms of forgiveness, truth and reparation.

The kidnapping in the context of the Colombian armed conflict, a historical wound that has yet to be closed. Depriving thousands of people of their freedom during nearly six decades of internal conflict is the crime that most fractured the society of this country, said during the event the priest Francisco de Roux, president of the so-called Truth Commission.

This Wednesday, at the request of this body, some victims and perpetrators met in a kind of “confrontation.” The objective: to promote the recognition and attribution of responsibilities by the FARC to its former kidnapped and to dignify the victims of the scourge, part of the commitments they have with the peace pact.

This is a significant act, after decades in which the defunct guerrillas did not recognize the crime by calling their hostages “prisoners of war.” In addition, it occurs in the midst of the tasks of the Truth Commission, created by the 2016 Peace Agreement between the defunct FARC guerrilla and the Government of then President Juan Manuel Santos.

But in addition to going to the Commission, the transitional justice mechanism – the Special Jurisdiction for Peace (JEP) – requires the perpetrators to recognize the crime or otherwise, they would submit to the opening of a criminal trial that may lead to the imposition of prison sentences of up to 20 years.

On the one hand, relatives of victims and ex-kidnapped persons were present, among them the former presidential candidate Ingrid Betancourt, who was held by the FARC for more than six years. On the other, former high-ranking commanders of the former guerrilla: Rodrigo Londoño, the last commander of the then armed group, now transformed into the Communes political party, of which he is president; as well as the former guerrilla chiefs Carlos Antonio Lozada, now a senator after the seats that the FARC received thanks to the signing of the Agreement, Pastor Alape, current member of the national leadership of Comunes, and Pedro Trujillo, today a political advisor of the same movement.

It is estimated that at least 37,128 kidnappings were carried out in the context of the Colombian armed conflict, 61% by guerrillas and 28% by unknown groups, according to the National Center for Historical Memory. According to the JEP, at least 21,396 of them were people deprived of their liberty at the hands of the FARC.

The leaders of the defunct guerilla accepted responsibility for tens of thousands of kidnappings earlier this year. The ex-combatants, including top leader Rodrigo Londoño, reiterated their remorse on Wednesday. However, the meeting on June 23 also left criticism and reproach from some of the victims present.

Betancourt: “I wanted them to speak from the heart, not from politics”

Of the crimes carried out by the FARC, kidnapping was probably the one that caused the most injuries among Colombians, who followed the cases of those detained for years and sometimes decades. It hit all economic strata and social groups, but its main target was people from the business sector, ranchers, police, politicians, military, merchants and landowners.

Forced retention was an unjustifiable strategy used during the war with financial, political, territorial control and even revenge objectives, recalls the National Center for Historical Memory, which caused pain to thousands of people and their families. In this context, the victims present at the meeting demanded forgiveness, truth and reparation.

Ingrid Betancourt, who was released in a Colombian Army operation called Operation Jaque, questioned each of the former kidnappers present for focusing their speeches on the peace agreement and politics and not on being empathic with their victims. “I wanted them to speak from the heart, not from politics,” she said, adding that while she and other victims cried at the event, the ex-combatants were dry-eyed.

Betancourt reminded the FARC of the captive murder of former Antioquia department governor Gilberto Echeverri, even though he begged on his knees for his life. The former presidential candidate also called for financial reparation.

However, Betancourt thanked some ex-guerrillas who have tried to understand the suffering of the hostages and their families. He highlighted the words of Emiro Ropero, who was commander of the 33rd front of the FARC, for “trying to imagine what a kidnapped and chained person can suffer and the pain of a family when they continue to search for the corpse of their relative.“.

He also recognized the “effort” of Rodrigo Londoño, to admit the crime committed. And he asked this man, the top leader of the FARC before joining the peace process, about repairing the victims.

“Repairing victims is a taboo subject in Colombia, and I ask you: how? How will you repair the victims? Where are the drug trafficking resources that they treasured for years? Because those resources are the ones that have to go to repair the victims, ”said the former congresswoman.

The event featured testimonies from seven other victims. It was a bittersweet meeting, as some accused the ex-combatants of avoiding asking for forgiveness, which generated tension. Rancher Roberto Lacouture, who was kidnapped by the FARC in 1989, remembered with tears that they had him tied up and that after he was released, this guerrilla continued to persecute his family.

“We had 15 kidnappings, an uncle was murdered. We were not there and we do not agree with this peace process, with how it was carried out. We wanted them not to go to Congress, to go to jail. We think they need punishment for what they did to us, for all the violence generated in this country, “he said.

Diana Daza, Lacouture’s wife, said: “How much weight do families have to carry when an event like this happens. 31 years later I don’t think I have finished my mourning.”

But he also highlighted the work of the Truth Commission and asked the victims of the FARC that “they should give themselves the opportunity to attend a process of these so that they heal their hearts.”

“The JEP has allowed me to know the truth. I have been able to speak and ask why they kidnapped me. They have been able to tell me that it was a political kidnapping,” said Armando Acuña, kidnapped by the Farc when he was a councilor in Garzón, Huila (2009 ), in space #TruthsQueLiberen. pic.twitter.com/CxAoFj0JDR


“You FARC gentlemen turned the pain of 20,000 families into merchandise exchanged for money, leading to the maximum degradation of human beings by humiliating them to unthinkable levels,” replied Carlos Cortés, son of another retained rancher.

Meanwhile, Armando Acuña, who was serving as a councilor when he was kidnapped by the FARC in 2009, assured that he forgives his executioners and asked them to do everything possible to fight for peace.

“I have forgiven, to stop poisoning my spirit (…) I want to ask (the FARC) to do everything humanly, and even inhumanly possible for the peace of this country,” he said.

Others said more needed to be done, especially in the search for the remains of hostages who died while in captivity. “There is no day when I wake up and don’t think about them,” said Helmuth Angulo, whose parents were kidnapped and killed by the FARC in 2000.

Trujillo: “How not to feel ashamed for those behaviors that caused so much pain”

Although the encounter demonstrated the open wounds that kidnapping still leaves for many, some veterans admitted the scourge. “How not to feel ashamed for those behaviors that caused so much pain. There are many things that should not have existed in this conflict and one of them is kidnapping. I regret having engaged in this practice, ”said ex-guerrilla Pedro Trujillo, current political advisor of Comunes.

“To those who never returned and to their families we beg your forgiveness. Also to the Colombian society. We are aware that nothing can justify the pain, ”said Rodrigo Londoño.

“Of course we ask for forgiveness, but we want it not to be an imposition that comes out here. We have asked for forgiveness many times, for many acts. Here I can ask for it, we lose absolutely nothing, we have requested it in countless spaces, but we want that to come out and outbreak of the heart, from the depths, at a time when it is born, and not something imposed for the purposes of a record in the press, that is why we have not said it here, because this act had another connotation, “said Lozada.

In the past, ex-combatants have apologized in private meetings with victims and provided information that could help locate the remains of dozens of people who died during the kidnapping.

Recognition of kidnapping, a requirement of the JEP

This face-to-face between victims and perpetrators occurred after last January, the Special Jurisdiction for Peace (JEP) issued its first accusation against eight high-ranking commanders of the former guerrilla, among them Londoño, present at the event this Wednesday .

The resolution accused them of war crimes and crimes against humanity, precisely because of the kidnappings they committed over decades, as well as murder, torture, attacks on personal dignity, sexual violence and forced displacement. It was the first resolution in which he attributed “command responsibility” to them, an action widely expected by the victims and in which the Jurisdiction considered that it was not a matter of errors in the middle of the war, as the former members of the FARC pointed out.

“The suffering caused to the families by the concealment of the fate of the kidnapped, the sale of the corpse, the double payment of the ransom, changing a relative who paid for another and charging again, mockery, threats and insults is consistently evidenced. and other forms of emotional violation regardless of suffering, “JEP Judge Julieta Lemaitre Ripoll asserted at that time.

Since then, the defendants have been given 30 days to accept their responsibility or they would be charged. Although they have already recognized it, the meeting on June 23 is part of the process.

If they do not admit it, the accused would risk a trial in which they would face penalties of up to 20 years in prison.

Seeing their victims in the face again and asking for forgiveness are guidelines of the peace agreement that seeks reconciliation among millions of Colombians. But amid the wave of violence, including the deaths of social leaders and demobilized FARC, as well as the emergence of dissidents and the increase in cocaine production by different groups outside the law, the idea that the war in Colombia is behind it is still far away.