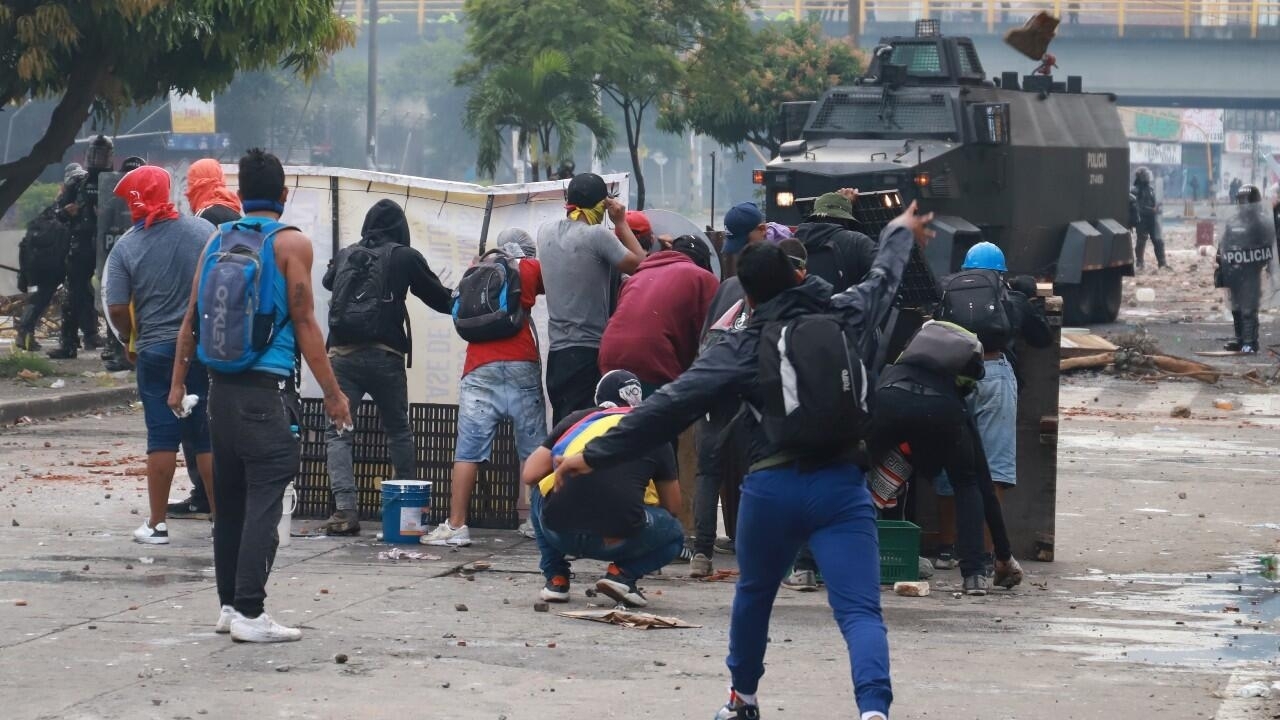 After seven days of violence and protests, the president of Colombia, Iván Duque, announced on May 4 a national dialogue table between political sectors and members of civil society, in an attempt to arrange a way out of the crisis that is shaking the streets. from various cities in the country. The president’s pronouncement comes just after the call to stop the excessive use of force against the protesters, by international organizations such as the UN, the OAS, Amnesty International and the United States Government.

The escalation of violence in Colombia and the demands of the international community led President Iván Duque to announce a national dialogue table.

“We will install a space to listen to citizens and build solutions. There should be no ideological differences, but a deep patriotism. It is vital to have all the institutions, the parties, the private sector, the governors, the mayors, and the leaders of civil society, ”said Duque, noting that the objective is also to end all forms of violence.

“I want to announce that we will install a space to listen to citizens and build solutions in which ideological differences should not mediate, but rather our deepest patriotism” President @IvanDuque pic.twitter.com/JJuciqLgfo


In the framework of the anti-government protests that began on April 28, along with a national strike, initially called to demand the withdrawal of a new tax reform, the streets of various cities have been the protagonists of scenes of violence. Many by the public force that, according to witnesses, human rights organizations and videos disseminated through social networks, have shown the uniformed men firing shots and carrying out detentions indicated by the protesters as arbitrary.

As of Monday, the Ombudsman’s Office reported at least 16 people dead and 254 civilians and 457 police officers injured. However, other sources point out that these figures fall short.

Different NGOs in the country have warned about alleged human rights violations. According to the organization Temblores, at least 26 people have died in the framework of the mobilizations at the hands of the public forces.

In Cali, in the southwestern part of the country, one of the cities that has seen the worst part of the violent days, the UN denounced shots by the Police against its human rights mission in this city, while investigating the mobilizations.

However, during this week the protests have also been clouded by violent scenes by civilians in some localities, where they have looted supermarkets, burned buses and destroyed businesses and private stores, in times of economic crisis due to the restrictions imposed to try to control the Covid-19 pandemic.

However, the president’s decision to militarize some cities added greater tension and has been strongly criticized inside and outside the country.

The head of state announced since May 2 that he is withdrawing the tax reform, a measure that he made official on Tuesday, and that was the trigger for the protests. But why do the demonstrations continue? On the one hand, citizen discontent continues, since simultaneously the president insisted on formulating a new tax reform.

Duque assures that he will exclude from the bill the higher payment of taxes to the middle and lower classes, which caused a strong rejection. However, many distrust the result of another standard in this matter.

“He withdrew, but in order to restructure it, the restructuring may be much more dangerous than the one that already exists,” said indigenous leader Aida Quilcué.

At the same time, there are many discontent towards the Colombian government and the various groups in society have their own claims.

Aboriginal communities and citizens in general, such as university students, demonstrate against a project on health reform, demand compliance with what was agreed in the 2016 peace agreement, reject militarization policies and maintain their position against fracking and glyphosate fumigations, which the Government seeks to resume.

Likewise, with the scenes of aggression of the last days, the requests for a police reform were revived. They call for the dismantling of ESMAD, the Mobile Anti-Riot Squad, accused of repressing those who protest.

In addition, hundreds of truckers have blocked roads, which from Bogotá lead to other parts of the country, to demand the reduction in the cost of tolls on the highways nationwide and the decrease in the cost of fuel.

For their part, taxi drivers, in cities such as Medellín, joined the demonstrations to reject a bill that provides for the legalization of private vehicles to provide public transport services through digital platforms, which according to this union would entail them unfair competition and great economic losses.

As violence increases in the streets, complaints grow. The National Unemployment Committee, which organized the strike on April 28, called for new demonstrations for next Wednesday.

Biden hopes to meet with Putin in Europe this summer