Colombia: another protester was killed during protests 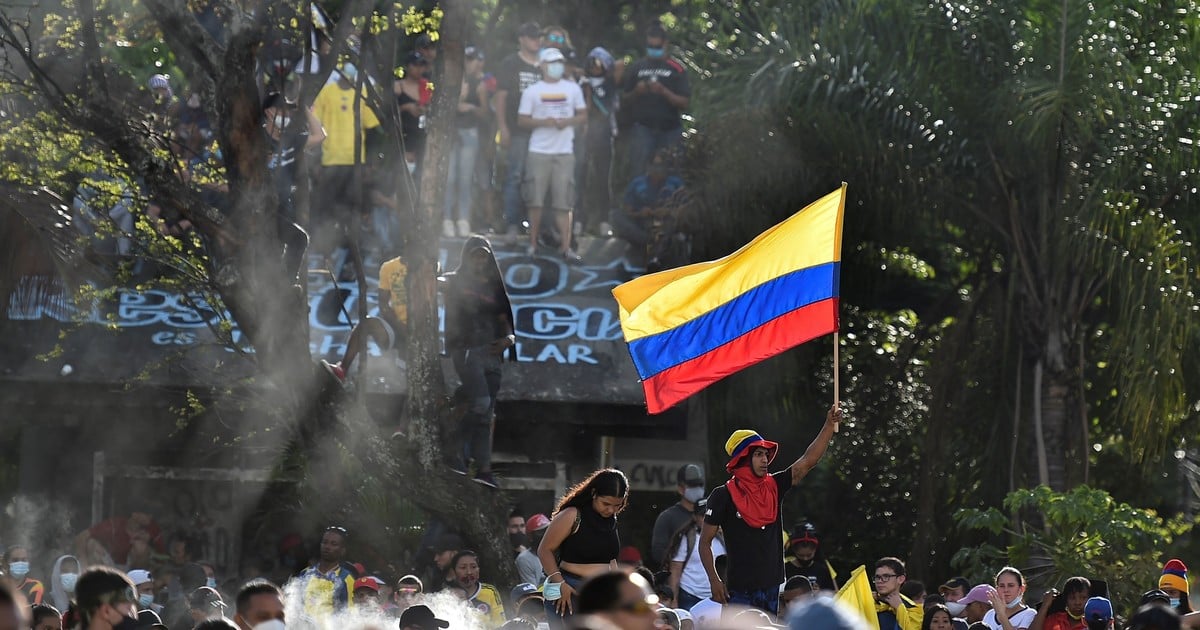 At least a person died this Monday in Bogotá, Colombia, during a new day of clashes between the police and protesters protesting against the government of conservative Iván Duque.

Since the mobilizations began seven weeks ago, there are already more than 60 dead.

Authorities registered “the death of a citizen in the middle of confrontations that take place from the early hours in the town of Usme, “in the south of the capital, detailed the city’s police commander, General Óscar Gómez.

The Secretary of Government of Bogotá, Luis Ernesto Gómez, identified the victim as “Jaime Alonso Fandiño, a 32 year old man“.

“After a dialogue with the doctor who treated him (…) it was established that Jaime was hit in the chest by a blunt object, most likely at a very short distance“Gomez said in a video posted on Twitter.

Jaime Alonso Fandiño, a 32-year-old young man, was hit by a blunt object in the chest in the middle of clashes with the police in Usme, killing him.

We ask @FiscaliaCol all the speed to identify and punish those responsible for this tragedy. pic.twitter.com/gzMWOgVRL7

According to civil authorities and the Ombudsman, at least 63 people have died since April 28, when crowds took to the streets to march against a bill to raise taxes on the middle class. Two of the deceased were in uniform.

Although the initiative was withdrawn, the demonstrations continued, fueled by a violent police repression which was condemned by the international community.

The NGO Human Rights Watch claims to have “credible evidence” that “the police killed at least 16 protesters or bystanders with lethal ammunition” and three others “due to improper or excessive use of tear gas or stun guns.”

Although the National Unemployment Committee, the most visible sector of the protest, suspended the demonstrations last week, other dissatisfied sectors They maintain active marches, concentrations and blockades in various parts of Bogotá and Cali, the third largest city in the country and the epicenter of the bloody social outbreak.

What started with an anti-tax protest ended in a movement that demands a reform of the police and a more supportive state to deal with the economic ravages of the pandemic, which raised poverty from 37% to 42% of the population.

The government maintains that armed organizations linked to drug trafficking they infiltrated at the protest.

This Monday, Duque blamed the mobilizations for the aggressive third peak of the pandemic, which has been with records of deaths and daily infections and already accumulates more than 100,000 deaths in the country.

Colombia has been protesting in the streets for seven weeks. Photo Luis Robayo / AFP

A leader of the protests left the country

The president of the Colombian Federation of Education Workers (FECODE) and one of the spokesmen of the National Unemployment Committee (CNP), Nelson Alarcón, left Colombia after receiving threats.

Union sources confirmed to Colombian media that leaving the country de Alarcón, who has been one of the voices of the protests by presiding over one of the organizations that make up the committee.

Alarcón denounced last week, through a publication on his Twitter profile, the threats he was receiving, which they had increased after the accusation by the country’s president, Iván Duque, that the union member would have electoral purposes with the strike marches.

“Shameful that there are brazen people who try to justify the violation of rights with political arguments, with electoral claims, and that they also intend to say that this is the prelude to 2022, “said the president after the broadcast of a video in which the unionist would appear saying that the strike seeks to” come to power in 2022, “said Blu Radio.

“I hold the president accountable, Iván Duque, of any situation that could happen to me, after your statements, the threats against my life intensify. Defending democracy and the social rule of law are my crime, “Alarcón wrote on his Twitter profile last week.

According to data provided by the United Nations High Commissioner for Human Rights, Michelle Bachelet, from April 28 – the date on which the mobilizations began – until June 16, her office has registered 56 deaths in the framework of the protests.

There are 54 civilians and two police officers, and the majority in Cali. Likewise, they have registered 49 alleged victims of sexual violence.

With information from AFP and DPA