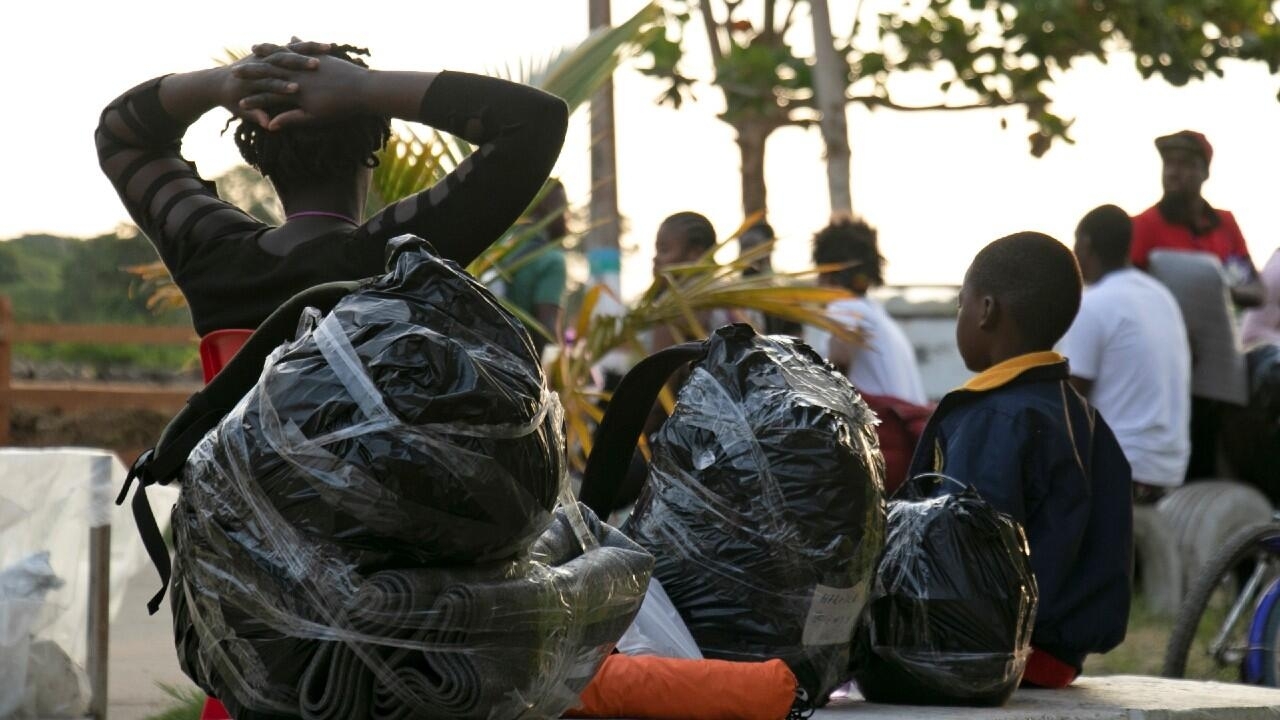 Panama and Colombia established a daily flow of 650 people to cross the border of both countries, where there are currently 15,000 migrants stranded on their way to North America. Panama reported that only so far in 2021 some 55,000 people traveling north have entered its territory.

An established migratory quota. The authorities of Panama and Colombia agreed on Wednesday to set a daily quota of 650 migrants who will be able to cross the dangerous Darien jungle on their way to the United States, a measure with which they seek to alleviate the latent humanitarian crisis on the border of both countries.

For two months, the Necoclí region, a Colombian town near the border with Panama, has experienced the worst migration crisis of this year: 15,000 migrants waiting to cross the jungle area on their way north.

“The quotas that were established with Colombia are, while we have the crisis of the 15,000 overcrowded in Necoclí, we are going to receive 650 people per day until the end of this month,” said Samira Gozaine, director of migration Panama, who added that as of September this number will be reduced to 500 migrants per day, from Tuesday to Saturday.

The official described the agreement as “very positive, because there are days that Panama was receiving up to 1,500 migrants, 2,000 migrants, there was a week that we received 10,000 migrants, including Sundays,” he stressed.

According to the Panamanian authorities, so far this year, 49,000 migrants have arrived in their territory on their way to the United States, the majority of Haitian and Cuban nationality, citizens who lost their jobs due to the pandemic or who are fleeing violence in their homes. countries.

These migrants, including minors and pregnant women, arrive at the Colombian port of Necoclí in search of boats that will transport them to the border with Panama to cross the Darien jungle.

“We do not want these migrants to run the risk of drowning or things like that and neither, obviously, we want them to pass through Darién, where we know there are so many risks, and where we also know that there are many, many children and women who unfortunately go through very difficult conditions, “declared on Friday Marta Lucía Ramírez, vice president and minister of Foreign Relations of Colombia.

According to Panama, only so far in 2021, some 55,000 people traveling north have entered its territory, which represents 33% of the migration that has entered Panama since 2013.

The meeting of both governments aims to establish a scheme of controlled flow of migrants on their way to North America, after a virtual meeting of foreign ministers from countries such as Brazil, Costa Rica, Chile, Ecuador and Mexico, with the representation of Peru, the United States and Canada.

Panamanian Foreign Minister Erika Mouynes commented that the agreements will be approved with Costa Rica, with whom they share their northern border and experience in migratory crises, as in 2016, when thousands of Cubans were stranded and it was necessary to agree on a similar protocol that included health care, food and biometric records.

Panama is committed to guaranteeing a “safe and controlled” passage

After the meeting, Mouynes assured that a “comprehensive and timely solution” is being sought for a crisis like this. “Within the conclusions, it was agreed to create a work team in several lines. Specifically, in the migration directorates, concrete proposals were presented for each of the issues that were addressed,” he said.

The official clarified that “we cannot stop the phenomenon of migration, but we can guarantee that it has a safe, controlled passage”, with the “willingness of all” the countries involved “to be able to serve them (the migrants) in a joint “.

The foreign minister added that she plans to establish a sea or other route in the future to prevent the passage of people through the Darien jungle, considered one of the most dangerous routes in the world due to its hostile nature and the presence of organized crime in the area. .

A journey full of dangers to a better future

Simon Gyamfi, a 42-year-old carpenter, arrived to Necoclí, after months of traveling that began crossing the sea from his native Ghana to Brazil.

After the reopening of borders, he went by bus from Brazil to this Colombian port, where he has been waiting for almost a week to cross. Today he is one of the thousands of migrants waiting in the Colombian city for a seat on a boat.

“The journey has been hard and full of surprises. Last month, a friend of mine died on the way,” said Gyamfi, who pays $ 7 a night in a room. His goal is to get to the United States and collect enough money to also take his daughter, although he acknowledges that “it takes a lot of money to get here and great risks.”

“It hurts, but on this path, no one can help anyone. You can only help with a glass of water, with a candy, sharing a little food, but if they break their hand or any other part of their body, you can help them for 5 or 10 minutes. Nobody will wait for you, “says Ricardo Renero, a Haitian migrant.

The Darien jungle has around 575,000 hectares with mighty rivers and wild animals. There are no passable roads or routes suitable for human transit. The jungle corridor is a 266 km challenge for people who are forced to go through this dangerous journey.

Auction: Banks like Caixa and BTG offer 3,000 properties in August

Within the framework of long-awaited reforms, the Algerian president orders the privatization of state companies