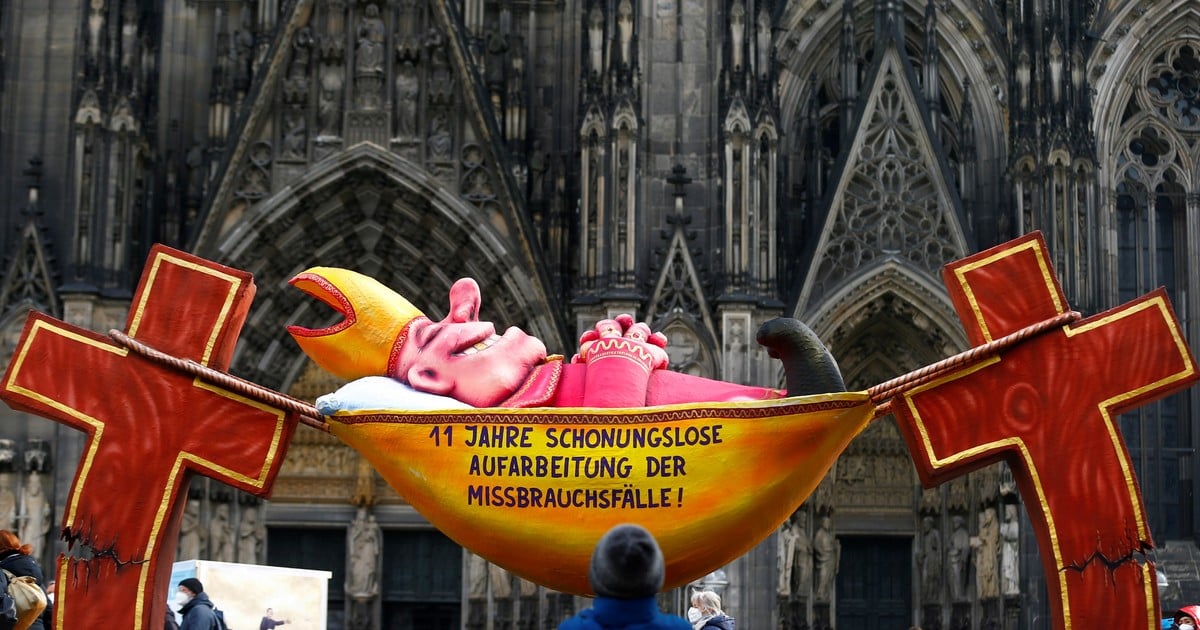 The numbers speak: more than 200 abusers and 314 victims, most guys under 14 years of age. An independent report requested by the Catholic Church itself released this Thursday revealed hundreds of cases of sexual violence committed by clergy and lay leaders in Germany’s largest diocese, Cologne.

The long-awaited 800-page document on the diocese of Cologne identified 202 perpetrators of sexual assault and 314 victims between 1975 and 2018, the lawyer to whom the church commissioned the investigation told the press, Bjoern Gercke.

“More than half of the victims were boys under the age of 14,” Gercke said.

The report, however, exonerates the Cardinal Rainer Maria Woelki, suspected of having wanted to hide the extent of the abuses.

The report exonerates Cardinal Rainer Maria Woelki of any wrongdoing, suspected of having wanted to hide the extent of the abuses. Photo: EFE

Woelki had caused a scandal last year by refuse to go public a first report on the period from 1975 to 2018, alleging infringements and data protection problems.

The decision exasperated the victims, provoked the mass flight of faithful in his diocese and the misunderstanding of his peers. To such an extent that the cardinal requested this new report.

The report does highlight that two senior Church officials failed in their duty to report abuses.

It is the Archbishop of Hamburg, Stefan heße, and the late cardinal Joachim meisner, Archbishop of Cologne from 1989 to 2014, when Pope Francis accepted his resignation.

The late Cardinal Joachim Meisner, Archbishop of Cologne from 1989 to 2014. Photo: AFP

Regarding the first, which up to now has rejected responsibility in relation to alleged abuse of minors, the authors of the report found that in eleven cases he failed to do his duty, according to Canon Law; the second, the late Meisner, is reproached for 24 cases.

Lawyer Björn gercke said that in a third of all cases involving the Archdiocese of Cologne, Meisner was found to be in breach of his responsibility for communicate, sanction and prevent those kinds of behaviors.

“I am appalled and ashamed,” Cardinal Woelki briefly stated and in a first reaction upon receiving the report to the press and admitted that there was “cover-up” in the archdiocese.

Although Woelki is exonerated, the report confirms the serious failures of the Archdiocese of Cologne, the most important in Germany.

The communication of Monsignor Woelki it’s a disaster”, the head of the assembly of bishops Georg Bätzing judged at the end of February, in a severe and unusual criticism.

This is “the greatest crisis the Church has ever experienced,” said Tim Kurzbach, president of the council of the Cologne diocese that brings together the clergy and laity.

The authors of the new report used elements of previous research and Church archives.

Woelki said in early March that he would “temporarily suspend, if necessary, the people named in the report,” before drawing concrete conclusions on March 23.

For now, he took that measure with immediate effect against two responsible of the church of Cologne, the Bishop Dominikus Schwaderlapp and the head of the diocesan court Guenter Assenmacher, for “cover-up” of abuse cases.

“Only the truth can free us from the shadows of the past,” Woelki assured before the report was released.

The controversy with Woelki came at a time when the Catholic Church had made some progress in acknowledging his guilt and compensating the victims.

In 2018, a report commissioned by the church revealed that 3,677 children or adolescents were victims of sexual abuse by more than a thousand members of the clergy since 1946. Most of those responsible for these events they were not sanctioned.

By not having access to all the files, the study authors had warned that the number of victims was probably higher.

The lawyers who authored the report generally found the lack of official and reliable documents on all the cases analyzed; Furthermore, they were able to confirm the existence of at least 314 cases of victims of these abuses from 1975 to 2018 and identify, after analyzing the available documents, 202 alleged perpetrators.

Attorney Gercke explained that when preparing the report it was found that many documents They were destroyed in application of the norms of Canon Law.

Artwork by artist Jacques Tilly with the caption: “11 years of relentless reassessment of abuse cases”, while a clergyman rests in front of the Cologne Cathedral. Photo: EFE

Gercke also acknowledged that in some cases a complete clarification of what happened was not possible given that, for example, the original documents had been handwritten and they were partly illegible.

The objective of the “reassessment” of the cases was to “thoroughly verify institutional behavior looking for possible omissions or flaws in the past. “

“This also includes clarifying the responsibilities of those responsible then and now, for example, personnel managers, vicars general and bishops,” according to the explanation of the archdiocese, which specified that it was not in this case to identify the culprits of specific cases .

The content of the report comes after months of criticism of the hierarchy of the Catholic Church in Germany for the lack of clarity when it comes to addressing the issue of child abuse and in the context of an increase in the abandonment of the Catholic faithful.

Regarding the consequences of the report, we will have to wait until next March 23, when Cardinal Woelki has announced that he will appear before the press. German media mention the case of a Düsseldorf priest, alleged perpetrator of abuse of a minor, on whom Woelki decided not to act.

The revelations, similar to other scandals in countries such as Australia, Chile, France, Ireland and the United States, prompted Cardinal Reinhard Marx, a reformer, to apologize on behalf of the German Catholic Church.

The Church pays compensation – deemed insufficient by the victims – of 5,000 euros (about $ 6,000) in “recognition of his sufferings” as well as therapy expenses.

In addition, each diocese initiated an additional local investigation under the supervision of a joint commission.

The case of Cologne also affects the possibilities of modernization of the Church currently under discussion in the framework of a synod.

It is also about retaining the faithful, who pay a tax in Germany and help finance for example charitable associations.

The number of members of the Catholic Church, which continues to be the majority in the country, fell to 22.6 million in 2019, that is, 2 million less than in 2010, the year of revelation of the sexual abuse scandals.

Pope Francis has taken steps to fight the silence surrounding the sexual abuse of minors in the Church. In 2019, it adopted a landmark measure that requires clergy to report any sexual abuse.

The UAE ambassador presents his credentials to the Swiss President