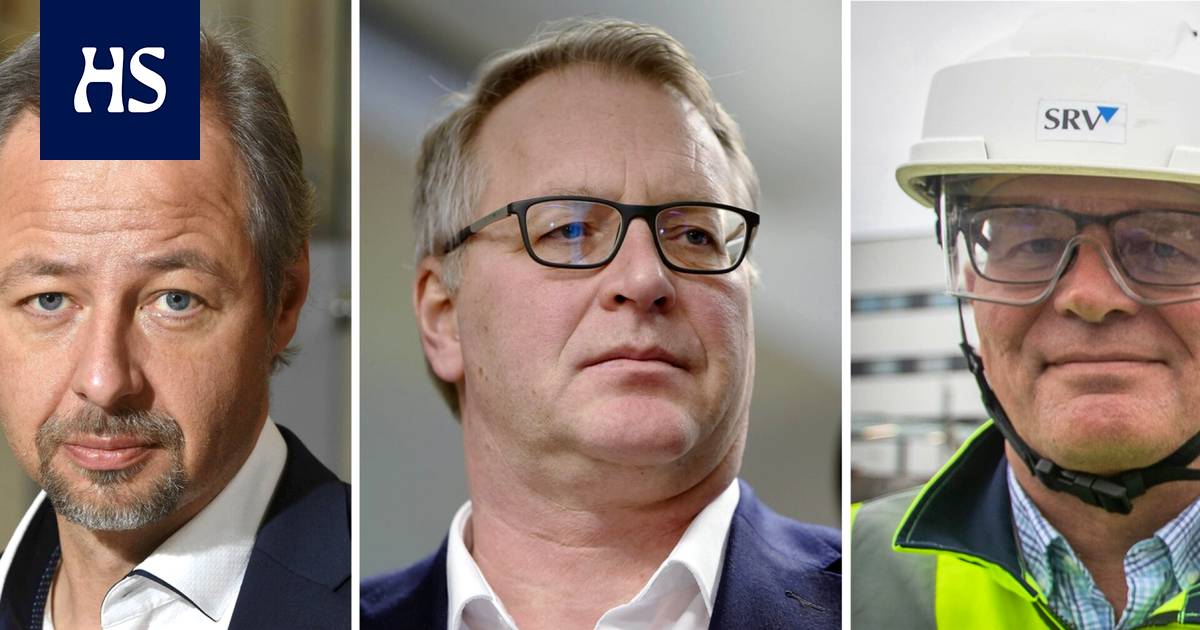 For the first time, the forest industry is massaging working conditions on a company-by-company basis. The shop stewards have been following UPM’s concerns with concern.

Forestry the labor market round will start this autumn under new conditions.

Collective agreements are negotiated at company-specific negotiating tables. A year ago, the Finnish Forest Industry Association decided to abstain from future negotiations.

Read more: The forest industry withdraws from general collective agreements and intends to agree on working conditions only between companies and employees

As affairs stand it will be responsible for the collective agreements already agreed until their expiry, at most by the end of 2022.

The Paper Association started the examinations by meeting with forest companies already in the spring, says the chairman of the association Petri Vanhala.

“Here we are in front of the new. About 50 contracts will be made instead of one. At least there is enough to negotiate. ”

Paper union the current collective agreement in the paper industry expires at the end of this year. Many agreements should be reached in the autumn.

According to Vanhala, the round of negotiations has been valid so far. 70% of members are currently under negotiation.

“And then there’s UPM, which has its own chapter,” Vanhala says.

company-specific negotiations tightened spectacularly at the turn of August-September. The forest industry company UPM stated that it wants to agree on working conditions with the Paper Association in the coming years by business area.

UPM has six business areas, five of which the Paper Association is the company’s contractual partner. UPM’s position is that its various businesses differ so much in logic and product range that negotiations need to be differentiated.

The Paper Association has required one agreement throughout the company.

“For us, that limit goes here. The aim is to treat all companies in the same way, even if we are at 50 tables, ”says Vanhala.

So far, the situation is stuck and the actual negotiating table has not yet been reached.

Provided UPM’s businesses do not receive a contractual partner from Paperiliitto, they are preparing to arrange working conditions without collective agreements after the turn of the year. This would be based on labor law, UPM’s practices and personal employment contracts.

According to the Paper Association, the average salary of UPM’s contract employees would fall by a third if the various bonuses were excluded from the agreement.

“There has never been a situation in this country before that there is no agreement to be followed. I will mourn it if we end up with it, ”Vanhala says.

UPM’s position is that a test agreement has been actively sought with the Paper Association since the spring.

“We hope to reach the negotiating tables with the Paper Association as soon as possible. We see that it is in everyone’s interest, ”says Hollmén.

Porua have raised other possible deteriorations in working conditions from the perspective of the Paper Association. Without the collective agreement, UPM has prepared for a situation in which the shop steward system would be replaced by shop stewards within the framework of the Employment Contracts Act.

Chairman of the SAK Jarkko Eloranta had already suggested this week that the shop steward system should be strengthened through legislation.

In early spring UPM said it is seeking a new representation system for its employees in a situation where the working conditions of all employees are arranged without a collective agreement, as is already the case with senior employees.

“The shop steward would only be elected in the event that no agreement is reached. Even in that situation, the staff could also elect a current shop steward as a trustee. ”

Others forest giant company-specific labor market negotiations have so far been more in line with trade unions. Vanhala of the Paper Association confirms that the association’s negotiations with Stora Enso and Metsä Group have gained momentum.

Forest companies are less than expected about the progress of the negotiations.

At Metsä Group, concluding company-specific agreements with various trade unions is the labor market leader Jari Forssin started or are about to start. According to Forss, the company does not blink at the negotiating tables of other forest companies.

“We only focus on our own negotiations,” Forss communicates to HS.

The company is told by HS that terms and conditions of employment are currently being negotiated with the Finnish Paper Federation and the Confederation of Finnish Industry, and negotiations are underway with the Trade Union Pro.

Forest Chief shop steward of the Group’s Kemi mills Juha Kentän According to UPM, labor market negotiations are being monitored with concern among employees.

“It’s if you want to say without blunders, it’s a weird situation,” Kent says.

“UPM is taking its own line here. From what I have heard, the other big companies have genuinely negotiated and have not questioned the position of the shop stewards ”.

Field believes that the field gives the impression that UPM is trying to crack the current labor market structure with its “cocking”.

“Trying to bring collective bargaining back a hundred years. It is no longer this day. It breaks down the industry, as it should. Let’s hope that common sense is found then. We will not give up here. “

When Metsäteollisuus ry decided a year ago to opt out of the negotiating tables, its labor market bosses were quickly recruited to serve forest industry companies.

In addition to Jyrki Hollmén, he moved from the central organization to the labor market team established at UPM Mikko Lehtonen. Stora Enso became Labor Market Director from the Central Organization Kimmo Kurki. Kurki commented to HS by e-mail that the autumn collective bargaining negotiations for Stora Enso have started well.

According to Kurje, the Stora Enso Group enters into industry-specific collective agreements, which include the possibility of unit- and plant-specific deviations. Negotiations with other companies are not being monitored, he said.

“I will focus on Stora Enso’s negotiations.”

Likewise than UPM, in five of Stora Enso’s six business areas, the Paper Association is one of the contractual partners in the terms of employment. The company is told that negotiations in the autumn have also begun with other trade unions.

Chief shop steward of Stora Enso’s Anjala paper mill Jari Punakivi says that, according to what he has heard, collective bargaining is progressing in a good spirit.

“Nothing negative has come to light. UPM’s hustle and bustle is terrible. It is hoped that November will be ready and peace of mind will be maintained. ”