Collapse in Miami: they will demolish what remains of the building 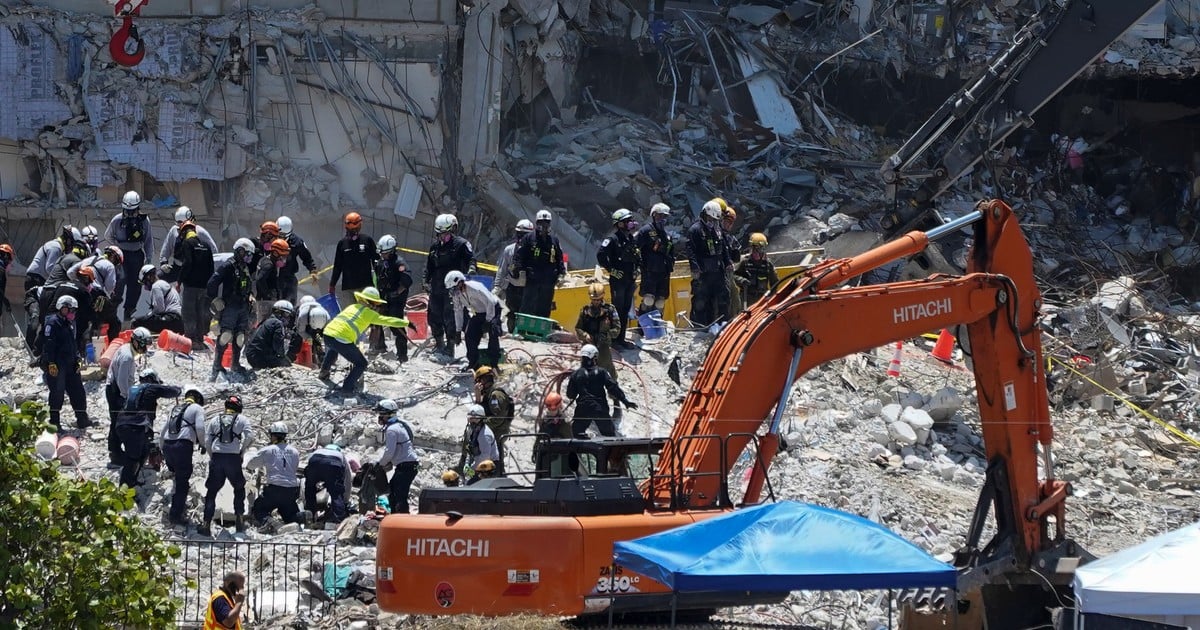 Miami-Dade County Mayor Daniella Levine Cava confirmed this Friday that rescuers found two other bodies in the rubble of the Champlains Towers building, after the collapse registered at dawn on June 24.

Thus, the number of confirmed fatalities rose to 22, while there are still 126 missing persons. Among them there are nine Argentine citizens.

In addition, the mayor confirmed that what was left standing of the complex will be demolished, before the risk of a new collapse.

Photos and gifts at the memorial for the victims of the landslide. AFP photo

“This afternoon I signed an emergency order authorizing the demolition of the building in the interest of public health and safety, “said Levine Cava.

And he anticipated that the works will begin “once the best methodology is decided”.

Of all those who lost their lives, the death of a seven-year-old girl, whose identity has not been revealed, holds a greater drama.

His father is a firefighter from the city of Miami who has been supporting hundreds of rescuers at the site of the collapse. As confirmed by the authorities, on Thursday night rescuers found the girl’s body and handed it over to the father.

As rebuilt the medium Local10, members of the rescue team pulled out of the mountain of rubble and handed over the body of the minor to the father, who covered it with his jacket and cHe placed a small American flag on top, while the lifeguards escorted the body.

I am the father of two children, I have a 7-year-old son and the idea of ​​losing him in this way is unimaginable, said Miami Mayor Francis Suárez.

With the discovery of the 7-year-old girl, so far there are three minors reported as deceased in the collapse, whose causes are reason for investigation.

Last April, the condominium association sent the apartment owners a statement in which it alerted about the acceleration of “concrete deterioration” and that the damage “would begin to multiply exponentially.”

The letter, signed by Champlain Towers South Association President Jean Wodnicki, aimed to explain to residents why a 2018 renovation that had been estimated at about $ 9 million had risen to nearly $ 16 million three years later. .

Among the disappeared there are nine Argentine citizens: plastic surgeon Andrés Galfrascoli, 44, and his partner Fabián Nuñez, 55, and Sofía, 5 years old. Also the family of the photographer Graciela Cattarossi, 48, who was with her daughter Estela, 7, her sister Andrea and her parents (one of them is Uruguayan). Also listed are attorney Nicole “Nicky” Langesfeld, 27, and physics student Ilan Naibryf, 21..

This Thursday, US President Joe Biden met face to face with the relatives of Langesfeld, who disappeared along with her Venezuelan husband, Luis Sadovnic, after their eighth-floor apartment collapsed.

Nicky is born in the United States, but she is on the Foreign Ministry’s list of missing persons because she has documentation from our country, which she obtained because her parents are Argentine. A few hours after the tragedy, her relatives had circulated a photo of her and her husband on social networks and in chats of the Surfside Jewish community.