Collapse in Miami: they no longer look for more survivors among the rubble of the building 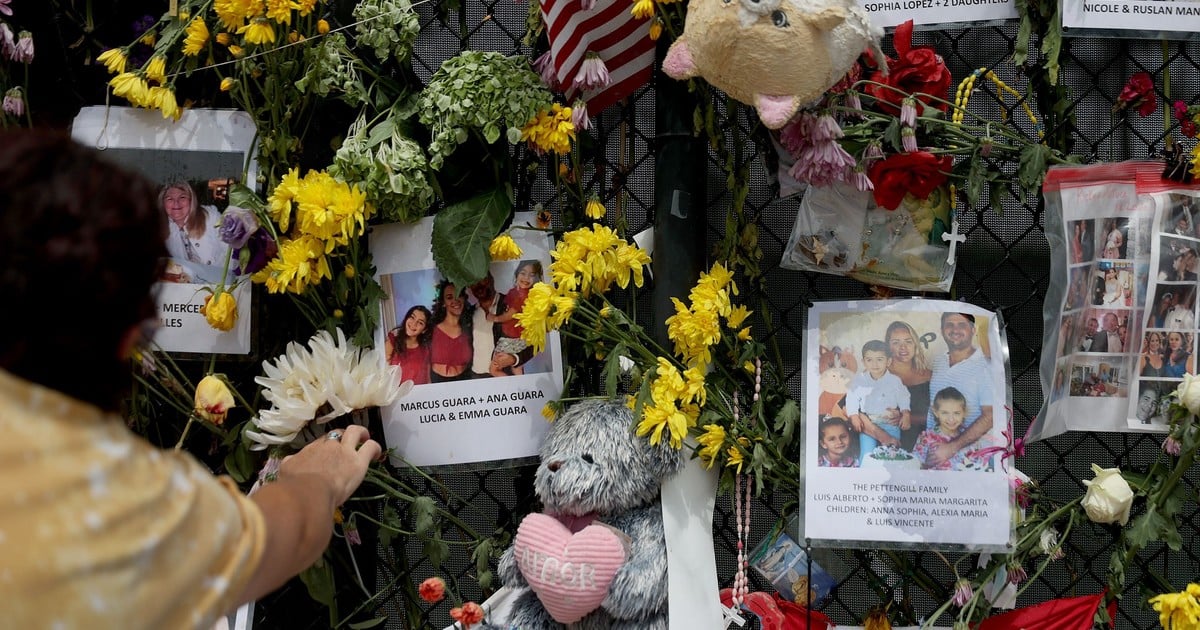 Search and rescue teams working in the area of ​​a residential building collapse in Surfside, near Miami Beach, they will no longer look for survivors. The focus of the mission now changes to recovering bodies from the rubble.

After an intense day of work in which they recovered 18 more victimss among the rubble and the death toll increased to 54There is no longer hope of survivors of the collapse, fire officials said Wednesday.

The objective has changed, from a rescue mission to a rescue operation. search and recovery of bodies. At the moment the number of missing is 86.

During a private briefing, Miami-Dade Fire Operations Chief Ray Jaddallah told the families of the missing that the announcement was “one of the hardest news you’ve ever had to give in his professional career ”.

The work to find bodies in the Miami building. AP Photo

“It has been determined that tonight we will transition from search and rescue search and recoveryJadallah said.

On the 14th day of the search, the most bodies found in a single day and raised the number of confirmed deaths to 54. The whereabouts of another 86 people are still unknown.

During a press conference, Miami-Dade Mayor Daniella Levine Cava fought back tears, paused and shook her head as she described the effect that the tragedy has had in the rescuers and in the families of the victims.

“Our commitment to this mission it’s deeply personal. This is our community, our neighbors, our families. And our first responders have really searched that pile every day since the collapse as if they were looking for their own loved ones, “he commented.

A rescuer among the rubble. AP Photo

The findings of the day reflect what rescuers have said what would be a fast pace of work after the remaining part of the residential building was demolished Sunday night.

The crews “did a significant removal from the pile ‘‘said Jadallah. “They were able to go down to various areas to inspect.”

Rescuers still have not found new gaps or spaces in the rubble that may have harbored survivors, the deputy fire chief said.

No one has been rescued alive of the site from the first hours after the collapse of the building on June 24, when many of its residents were sleeping.

Subsequently, Miami-Dade Fire Chief Alan Cominsky sighed when asked at a news conference if authorities were giving families a false sense of hope.

The memorial with photos and memories of the victims and disappeared. AFP photo

For his part, Levine Cava pointed out: “I just want to say that these families have been informed twice a day. All questions have been answered. They have been supported to reach a closure as soon as possible. ”

Maggie Castro, a Miami-Dade firefighter and paramedic, said families they are physically and emotionally exhausted.

“There are many, many emotional roller coasters they’ve been through, just trying to stay positive and endure the wait, ” said Castro, who has given families daily updates.

“There has been a kind of change, towards acceptance, but also, obviously, that comes with some sadness, ” he told The Associated Press in an interview.