Collapse in Miami: there are already 90 dead and there are still 31 missing 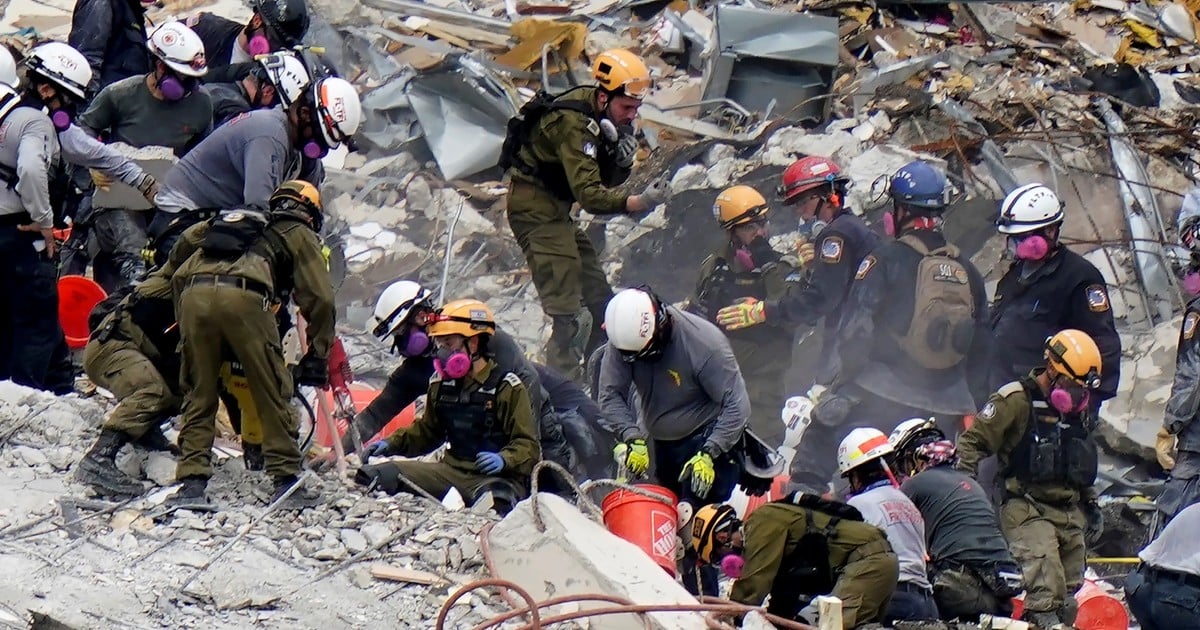 This Sunday they found four other bodies among the rubble of the collapsed building in Surfside, Miami, causing the fatalities from the tragedy amounted to 90. There is still 31 missing.

Of the corpses found, 71 have been identified, announced Miami-Dade County Mayor Daniella Levine Cava at a press conference on the 18th day of the search.

He also specified that more than 6,000 tons of concrete and other debris were removed from the site.

Search operations continue 24 hours a day and “we are about to access the cars from the underground garage”said Alan Cominsky, Miami-Dade Fire Chief.

Miami-Dade County Mayor Daniella Levine Cava announced that 71 of the fatal victims of the landslide have already been identified. Photo: AP

Cominsky avoided giving a deadline for the completion of the operation. “It is difficult to give a date, but we believe that we will be able to remove all the rubble,” he said.

“It is a methodical work for the crews that are doing the search by hand. It is a slow process,” he stressed.

The Israeli army rescue team, which participated in the search at the request of Surfside’s large Jewish community, was scheduled to leave the site on Sunday, Levine Cava said.

The Champlain Towers South, a 12-story building built on the boardwalk in 1981, partially collapsed during the early morning hours of June 24.

The Israeli army rescue team will leave the area of ​​the collapse this Sunday. Photo: AP

Authorities carried out a controlled demolition last Sunday of the rest of the building, allowing crews to advance into previously inaccessible excavation areas.

The concern was focused on the Champlain Towers North building, built nearby by the same developer, at the same time and with the same materials.

Surfside Mayor Charles Burkett said Sunday that early checks on the reliability of this property were positive.

“Initial results show that the strength of the concrete is very good, at the same level or higher than it should be,” he explained.

He added that more checks still need to be done. After the disaster, the building was not evacuated, but residents who wished to do so were relocated by city authorities while inspections were carried out.