Collapse in Miami: there are already 11 dead and the search for the 9 disappeared Argentines continues 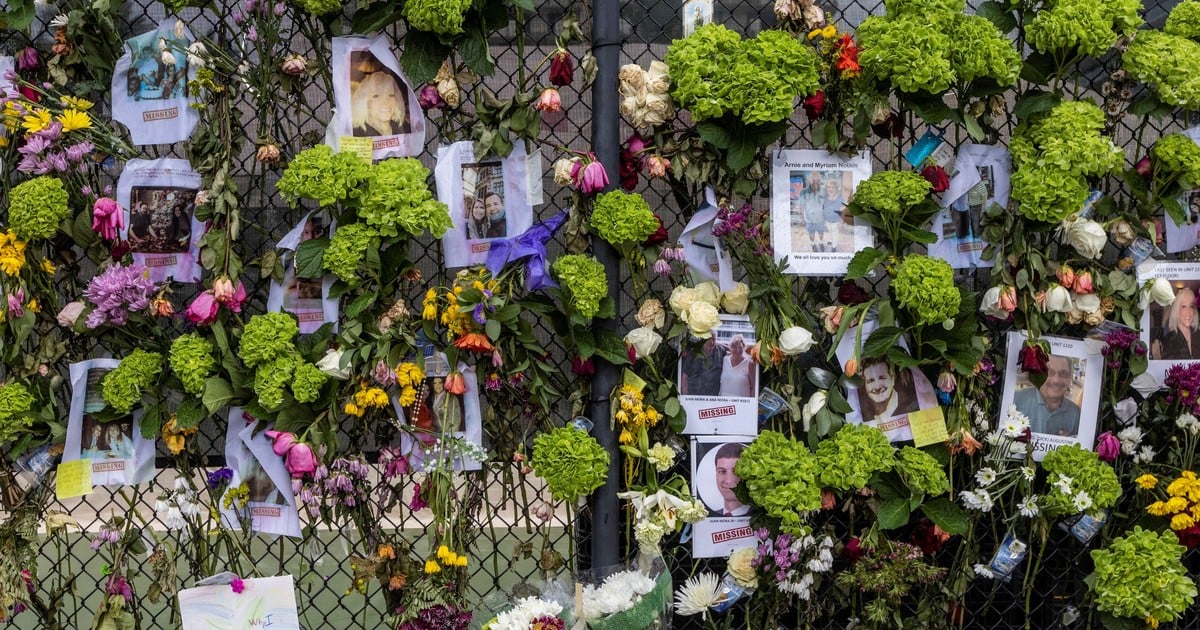 The death toll after the collapse of a building in the American city of Miami, in the United States, this Monday amounted to 11. The rescue work does not stop: the authorities will reinforce the search efforts for the disappeared, among which there are 9 Argentines. And the White House promises go “thoroughly” to know the causes of the tragedy.

Miami-Dade County Mayor Daniella Cava Levine confirmed Monday the discovery of two bodies in the latest reports. With the death reported in the evening report, the 150 missing.

Among them there are 9 Argentines. It is about the surgeon Andrés Galfrascoli, his partner Fabián Nuñez and their daughter; four members of the Cattarossi family; as well as Ilan Naibryf (he disappeared with his Puerto Rican girlfriend Deborah Berezdivin) and Nicole “Nicky” Langesfeld.

Meanwhile, 136 people were located safely in the vicinity, outside the area of ​​the collapse.

Firefighters and rescuers continue to search for survivors in Miami. Photo Miami Herald via AP

“Our teams have achieved a significant progress on the site, “said Cava Levine, according to the newspaper Miami Herald. “These numbers are highly variable and will change,” he added, making it a list that detectives work on “in real time” to update it.

Despite the passing of the hours, Levine Cava also insisted that “the main priority” remains the search and rescue of possible survivors.

For his part, the Mayor of Surfside, Florida, Charles Burkett, explained that there is “probable cause” to believe that there could be a problem in the collapsed twin building, which has already been voluntarily evacuated.

Burkett assured that search and rescue tasks will intensify in the coming days, while Miami-Dade Fire Rescue’s assistant chief of fire operations, Raide Jadallah, said that “it will take time”, since it is about slow work because “every time there is an action, there is a reaction.”

Researchers from the National Institute of Standards and Technology (NIST, for its acronym in English) traveled to the area to investigate the possible causes of the collapse of the building.

Joe Biden, president of the United States, expressed his support for a research with “federal resources” about the landslide.

“We certainly want to play whatever constructive role we can with federal resources to Reach the bottom of what happened, “said a White House spokeswoman.

The memorial for those killed in the building collapse in Miami. AFP photo

After explaining all the federal resources that are working on the rescue and the investigations into the reason for the collapse, the spokeswoman specified that “the objective, of course, is to get to the bottom of what happened so that it is an instructive guide on how to avoid what happens in the future. “

The local press released this Monday some basement photographs, in which the lack of maintenance underground.

“There was stagnant water everywhere (…), something that is not normal,” said a worker who spent two days before the collapse of the building reviewing this area to make a repair estimate.

According to the witness, in a statement collected by the Miami Herald, the cement was cracked and severely corroded rebar under the pool.

The search for survivors after the collapse in Miami intensifies. Photo Miami Herald via AP

In the last hours, reports also emerged that target builders of the building, long accused of paying bribes to local officials to obtain permits to build in the area.

In addition, hours after the collapse – which took place last Thursday – a report prepared in 2018 came to light. There, structural damage to the concrete floor of the pool was revealed, as well as signs of cracking in the parking lot of the residential complex.