Collapse in Miami: the building was sinking 2 millimeters per year 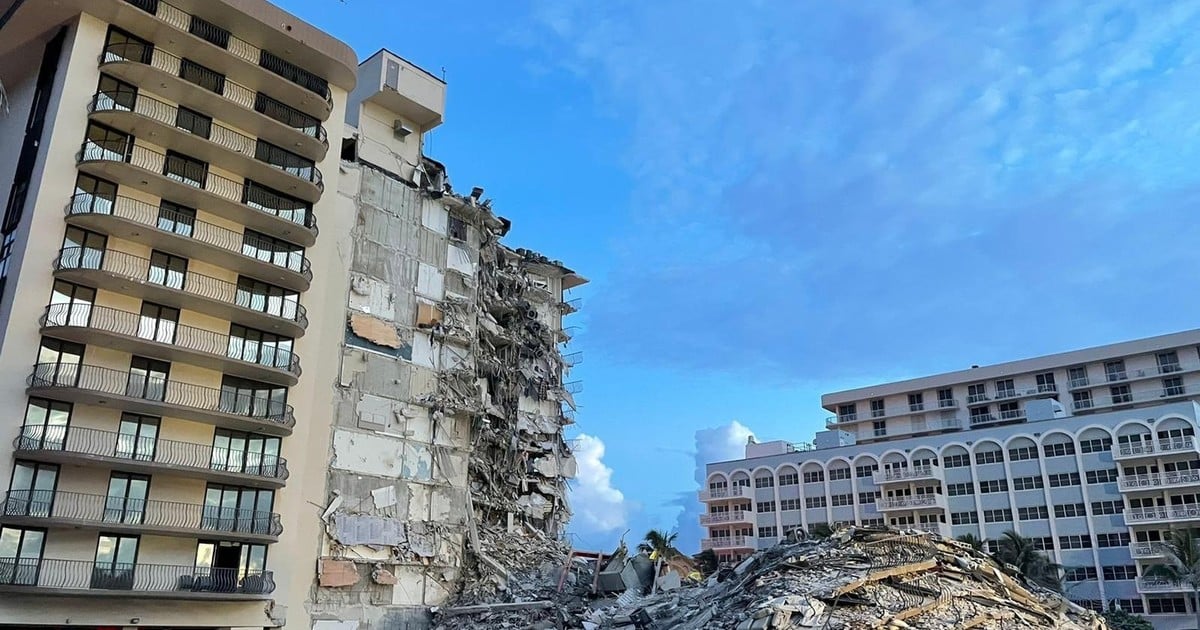 The possible causes of the tragic collapse of a building in full Miami Beach on Thursday are for now a mystery. But clues are beginning to appear that could provide some answer.

The tower was undergoing renovations and had sunk slightly, at least in the 1990s, according to a study known Friday.

Before it collapsed, that part of the Champlain Towers complex was under renovation, particularly on the terrace, following county laws that require it every 40 years. This was reported by local authorities on Thursday morning, although they ruled out that these works could have caused the disaster.

Attention then turned to a 2020 study showing that the building suffered a “very subtle” collapse in the 1990s, at a rate of about 2 millimeters per year between 1993 and 1999.

However, one of the authors of that report, Shimon Wdowinski, a professor at Florida International University (FIU), told CNN that he did not know “if the collapse was predictable.”

“By itself, sinking would not cause a building to collapse“, explained his university in a statement paraphrasing the researcher.

“But in this case, the (subsidence) signal is very localized in this building. That means that it is not necessarily the building that has sunk to the ground. It could be that the building sank in on itself, if there was damage. structural in the building, “he explained Friday on CNN.

Land subsidence measured in Miami is much slower than in other parts of the world also studied by Wdowinski, such as Mexico City, which sinks 38.1 centimeters a year, almost 2,000 times faster, according to the institution’s statement.

“We didn’t give it too much importance,” Wdowinski told USA Today, stating that it seemed unlikely that city officials were aware of the study prior to the collapse.

But a few millimeters, “when added up over many years, is a large number,” said Matthys Levy, an engineering professor at Columbia University, quoted by USA Today.

Rescue efforts continued without pause this Friday in the collapsed building in Miami. Photo: AP

And when a part of the building collapses, it usually creates a chain reaction, as in the attacks of September 11, he notes.

“It doesn’t stop, it’s unstoppable. There is no element (in the structure) strong enough to contain the collapse,” Levy said, referring to a “cascade” mechanism.

Cracks in the wall

The US media also reported that a homeowner in the building had filed a complaint in 2015, according to which an exterior wall was affected by cracks and water damage.

The investigation into the causes of the tragedy is expected to continue in any case.

“In these cases, the structural engineers … look at the plans, how the building was constructed, take samples of steel, of cement, look for signs of corrosion,” said another FIU expert, Atorod Azizinamini, a specialist in infrastructures.

A process that “takes time” and that will not be completed in a few “days” or “weeks”.