Collapse in Miami: rescue efforts interrupted for fear that the structure will collapse 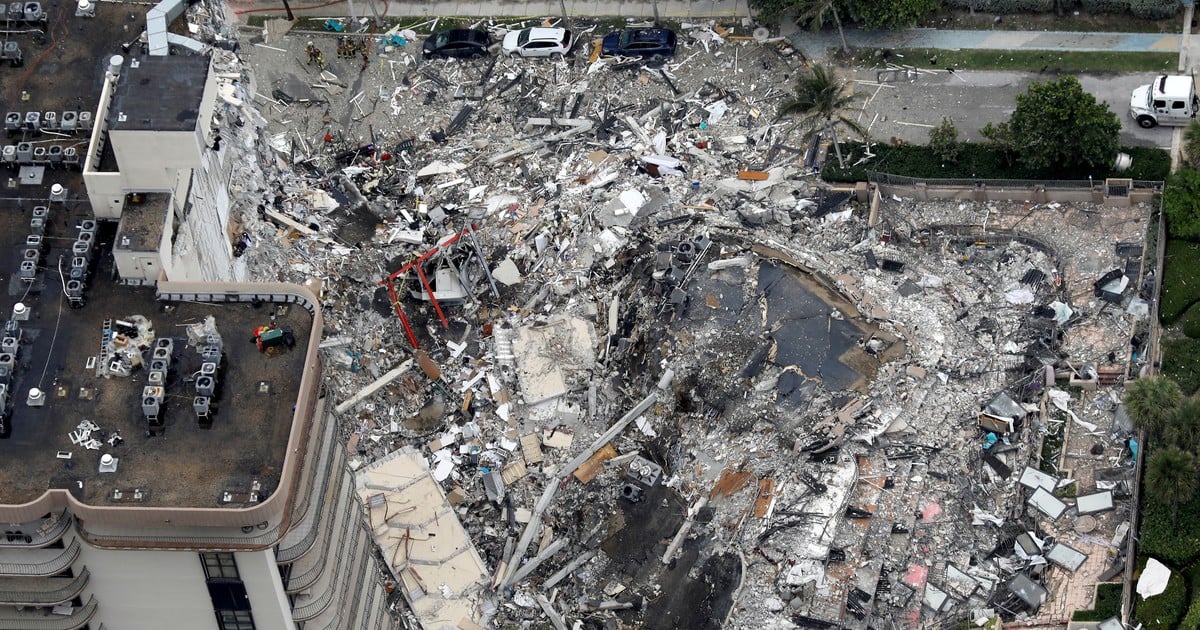 The search for victims at the site of the partial collapse of an apartment building in Surfside (Miami-Dade) had to be interrupted this morning due to “movements” in the part that is still standing, reported the authorities.

Miami-Dade Mayor Daniella Levine Cava and County Fire Chief Alan Cominsky confirmed that for now operations are still stopped and they will resume when structural engineers determine what can be done.

The movements that indicate instability in the building were recorded around 2 a.m., according to Cominsky.

Movements were recorded in the rubble of the collapsed tower in Miami, which led to the interruption of rescue efforts. Photo: AP

In one part of “ground zero” there were “6 to 12 inches of movement” (152 to 304 millimeters), which adds to the movement in other parts of the building that is still standing.

Those movements, added to the displacement of debris, triggered fears about possible “additional cave-ins” that could put operators at risk, he said.

The firefighters’ spokeswoman in Spanish, Erika Benítez, said the engineers are working with experts “to develop new strategies to continue.”

At the press conference, no new findings of victims were reported, which therefore remain at 18 deaths, two of them children.

Those missing in the collapse of Champlain Towerrs South, a 12-story building with 136 apartments, 40 years old, are 145 so far.

Fifty-five apartments came down in seconds for causes under investigation in the early morning of June 24.

The governor of Florida, Ron DeSantis, also present at the press conference, said that already contingency plans are being prepared to deal with the possible threat of Tropical Storm Elsa for South Florida, where it would arrive on Monday, according to some forecasts.

The storm formed this Thursday, the fifth of 2021 in the Atlantic basin, is moving west at a speed of about 41 km per hour, which can increase even more when it turns west-northwest during the next 24 to 36 hours. .

Most of the Lesser Antilles are under a tropical storm warning.