Cold welcome: why Russians are afraid to go to the doctor 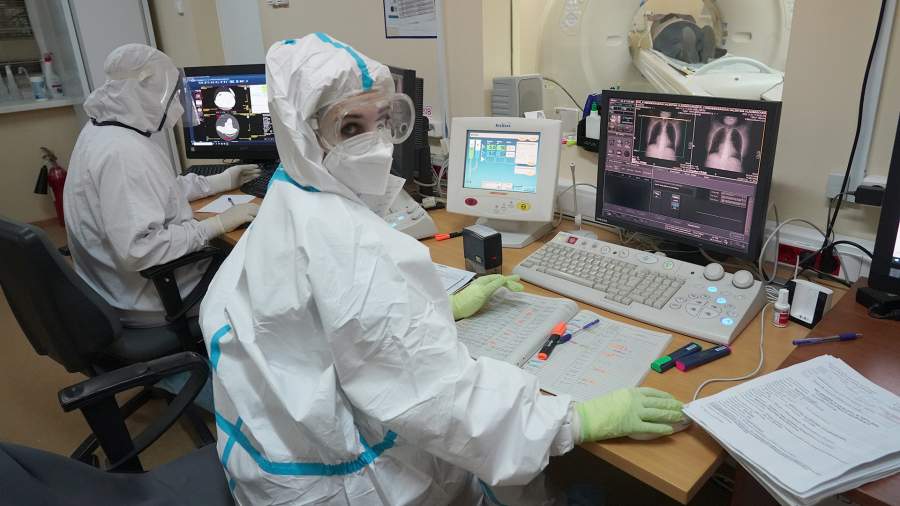 Most doctors at least once faced a situation when people refused to be examined for fear of finding out about the presence of a serious illness. Patients with the consequences of self-medication are periodically taken by more than half of doctors, regularly – almost a third… This follows from the results of a survey conducted by the professional community “Doctors of the Russian Federation” and the service “Doctor is near.” In addition to the fear of the diagnosis, according to the doctors themselves, the unwillingness to face tactlessness or rudeness in a medical institution, the fear that treatment will be too expensive, and a low level of trust in doctors affect the number of visits to professionals. Learn more about the survey results and how to establish effective communication between patients and healthcare professionals, – in the material of Izvestia.

The overwhelming majority of doctors (82%) have at least once faced in their practice with cases when a patient or their acquaintance with health problems refused to go to the doctor for fear of finding out that he had a serious illness – for example, an oncological… This is evidenced by the data of a survey conducted by the professional community “Doctors of the Russian Federation” and the service “Doctor is near.”

The survey (the results are at the disposal of Izvestia) involved 1.2 thousand doctors of Russian hospitals and clinics from all federal districts.

More than half of physicians (65%) periodically face situations when a person comes to doctors with the consequences of self-medication (including self-prescribed antibiotics). A third of the respondents said they encounter this very often.

The refusal of a patient or just an acquaintance of a person to undergo a medical procedure, which is actually harmless and painless, was encountered solely out of fear of it by 90% of respondents… 69% of physicians stumbled upon refusal of patients from treatment by traditional methods – for example, from taking medicine, hospitalization or surgery.

Fear of finding out about a difficult diagnosis is considered the main thing for patients by 44% of respondents… 33% of respondents think that patients are more likely to be afraid of being misdiagnosed. A third (30%) believe that the main fear is to experience pain during medical procedures.

The desire to postpone the visit to the doctor is often explained by the reluctance to admit the presence of health problems, said the representative of “Doctors of the Russian Federation” Evgeny Lyutov

– Because the recognition of an illness or temporary physical discomfort is an admission of one’s own distress. And this recognition, the awareness of being sick or even just not quite healthy, spoils the mood, ”she told Izvestia.

As a result, the mechanisms of psychological defense are turned on, aimed at avoiding the problem. All this, according to her, prevents a person from starting to look for ways to solve it: find a suitable specialist, make an appointment and do not give up this idea before the planned visit. This leads to the fact that the person postpones the visit to the doctor until the physical pain or discomfort becomes too severe.

The reasons why people want to avoid news of a severe diagnosis can be very different., notes Anna Kan, clinical psychologist, oncopsychologist, expert of the Association of Oncology Patients “Hello” and the Konstantin Khabensky Charitable Foundation.

“It can be a reactive state – for example, if a loved one died from cancer in childhood and now he would rather not know anything than face the disease,” she says. – It can be a culture of achievement, when a person, especially a man, thinks that he cannot afford to be weak, or more complex phobias and personality disorders, which, in principle, trigger an alarming mechanism, no matter for what reason. Depending on what became the root cause, it will be necessary to work with it in different ways, the specialist draws attention.

Another important factor, according to doctors themselves, is the risk of being rude or poor-quality treatment.… Thus, about a third (29%) believe that people do not come to medical institutions because they are afraid that the treatment will be too expensive; almost a quarter (23%) – that patients are afraid of ineffective treatment.

Almost half (47%) suggested that it was a matter of unwillingness to face neglect in a polyclinic or hospital. The majority of the respondents (68%) also noted that people pull to see a doctor because they hope that the discomfort will go away on its own. The fact that patients, in their opinion, are not afraid of visiting a doctor at all, was stated by 6% of respondents.

Moreover, most doctors believe that patients do not trust professional doctors enough… So, from the fact that patients trust information that is distributed on the Internet and on television, in patient communities and blogs, more than the words of doctors or traditional medicine in general, according to the majority of respondents – 18% of doctors absolutely agree, 52% rather agree. 18% believe that people trust both these sources and doctors equally.

Among those who agree with this statement, 48% explain this by the fact that a person could have previously experienced a bad experience when the doctor was unable to answer his question or explain the purpose of treatment, 45% – a person’s desire to avoid any procedures and unwillingness to take medications.

17% indicated that patients follow the rules of evidence-based medicine: “They can find many scientific articles confirming their opinion, and then refuse to believe the doctor if he has a different opinion,” the survey says.

Only 8% of doctors believe that doctors are trusted more than television, the media or the Internet.…

The doctor is responsible for clear and direct communication with the patient, and must also be able to provide him with psychological support, most survey participants are sure.

Thus, 59% of doctors absolutely agree that during medical procedures it is necessary to explain to the patient their actions or warn about them. Another 35% of respondents are more likely to agree with this statement. Disagree – only 6%.

56% of doctors absolutely agree that a doctor should also perform the functions of a psychologist, for example, try to calm down or encourage a patient, 29% of doctors agree more, 3% disagree. The fact that they have to do this, although they do not agree with it, was stated by 11% of the respondents.

Olga Vostrikova, the chairman of the board of the International Union of Patients, does not consider cases of refusals from examinations widespread. “Now there is a problem of patients who, last year, due to self-isolation, could not get an appointment with a doctor on time. I think that in a couple of years we will see statistics according to which some of the diseases were diagnosed in the later stages, because people were afraid to leave the house. But I have not heard that people are afraid to go for diagnostics, ”- said the interlocutor of the publication.

In the case of oncological diseases, the desire to avoid being examined by a doctor is indeed considered one of the signs of carcinophobia. (increased anxiety associated with the risk of oncological diseases. – Izvestia), notes Anna Sonkina-Dorman, a pediatrician, specialist in palliative care and co-founder of the school of professional communication skills for medical workers “Post”.

The study provides an opinion on how doctors see the situation, but does not necessarily reflect the real fears of patients, she pays attention.

“This is important because doctors often do not understand the motivation of patients. Including because they do not know how and do not consider it important to find out this, – says the interlocutor of the publication.

At the same time, notes Sonkina-Dorman, the level of trust in doctors in Russia is really very low, most often this is based on previous negative experience: “It’s not just about being rude to a person. They could simply not listen to him in time or not hear him, in an ultimatum form they could say to do something that he categorically did not want to do. After that, the person will postpone a new visit to the doctor until the last moment. “

Another factor, in her opinion, is the lack of a doctor with whom the patient would have a long-term relationship and to whom he could turn for advice in different situations. When a person needs to independently determine which specialist to go to, he may simply be afraid to make a mistake or face criticism from a doctor – for example, because he turned too late or too early – and as a result, not turn to anyone.

There is also a significant difference in the level of patient confidence in regional medicine and doctors from federal centers.… Because of this, patients often refuse to contact local doctors, preferring to wait for an appointment in Moscow or St. Petersburg, notes Olga Vostrikova. This, in her opinion, is not always justified.

– In many regions there are high-level specialists who are ready to provide qualified assistance. They are constantly being educated and self-taught, and now there are consultations when doctors from the regions contact specialists from federal medical institutions and discuss this or that case, ”says the interlocutor of the publication.

According to Anna Sonkina-Dorman, doctors themselves often “want the best,” but do not know how to build a conversation with a patient in such a way as to win his trust, because they rely on outdated models of professional communication: “In this sense, I would say that the patient community in our country is developing faster – doctors sometimes simply do not keep up with it.”