Coki Ramírez leaves Argentina and settles in Miami: ‘It is exhausting to fight it in Argentina’ 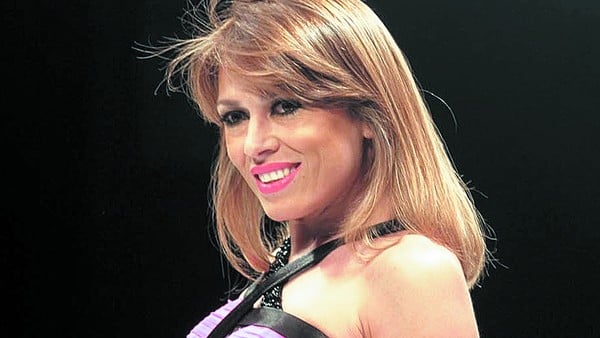 Coki Ramírez made public his decision to leave Argentina and settle in Miami, United States. “It is exhausting to fight it in Argentina“said the 41-year-old singer from Cordoba.

As will be remembered, Coki became known to the general public when he participated in ShowMatch (El Trece) in 2010 and 2011. There he did a comedy step with Marcelo Tinelli that aimed at mutual seduction and that had a very good impact on the audience of the program.

As he had been singing since before joining the Tinelli cycle, Ramírez wanted to use the great impulse that the exhibition gave him in ShowMatch to grow in your artistic career. However, according to her account now, the results were not what she expected.

Argentina seems not to have given Coki what she wanted and so she sought to expand her horizon outside the borders of her native country. A) Yes, recently signed a contract with a Miami record company to release his records there.

In dialogue with Radiomitre.com.ar, the singer declared: “I like to sing so that people hear me, and I lack that. God willing, I’m going to make it through this trip“.

Then, he explained: “I’m waiting for that blessed work visa in the United States and I already have a signed contract in Miami, the idea is to generate records.”

“There is a lot of scenery there,” said Coki, excited about her future in the American city. And she raised her expectations: “Generate what is given and dedicate myself fully to music, I do not rule out once there conducting, programs or other things . I don’t want to feel wasted, I want to do everything“.

“My place in the world is Córdoba -continued saying Coki-. I love the country, the idea of ​​leaving is hard for me, even if it is Miami with its beaches and palm trees. It’s going to see what I’m going to find … This opportunity to be received and contained … There are so many things that can happen … And here, everything is very complicated. “

“In the music industry. in Argentina they always turned their back on meWe did everything to our lungs, calling with my sister, “lamented Coki Ramírez.

And immediately afterwards he clarified: “It is sad, but it does not mean that I am not a prophet in my land, because I do feel that I am. To generate something, one goes to these large power plants, Miami or Mexico. That a producer has his eye on me means that. “

Coki Ramírez: “To generate something, one goes to these large power plants: Miami or Mexico.” Capture TV / File.

“It is exhausting to fight it in Argentina. It is all the time to live from that dream and there are days when you lower your arms. I even feel that this door that is opening for me is because of all the preparation I had. I feel like a bull about to leave. In the United States, you have to go on stage and sing, “continued Coki.

Facing what he hopes to find in Miami, he was enthusiastic: “They are going to present me the best songs and if we make an album, it will be nominated by the Grammys. That is my dream. I don’t have a flight date yet, because I’m waiting for the work visa, but let’s hope it comes quickly. “