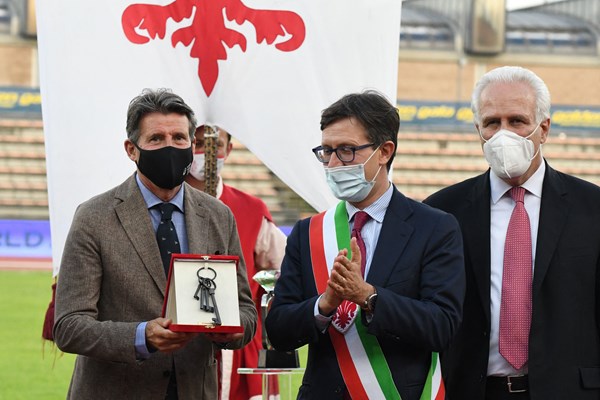 Briton Sebastian Coe received the keys to the city of Florence, on the occasion of the 40th anniversary of breaking the world record for the 800 meters in the Italian city.

Koe scored one minute 41.73 seconds on the tenth of June 1981, and this record held until 1997, when he was smashed by the Danish Wilson Kipketer.

Since then, he has been broken once more by Kenyan David Rudisha, who currently holds the world record, in 2012. Koe received the highest award in Florence before the start of the Diamond League meeting in the city.

“I can’t believe 40 years have passed since that unforgettable night,” said Coe, who is currently president of the International Association of Athletics Federations.

The 64-year-old added: “Florence has given me one of the best memories of my career and I have had a magical relationship with her ever since. I have been honored to receive the keys to the city that I love.” Coe, the Olympic champion in the 1500 meters in 1980 and 1984, also received a prize that included a portion of the track on which he set the record.