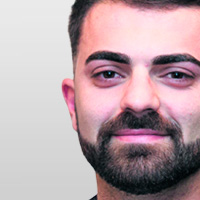 Love is not going to succeed and Rodgers is not going to be fixed. Everything is going to go wrong. We will be worse than the Bears and, perhaps, worse than the Lions. How hard everything and more with the last two seasons that the Packers have done. Being one of the first in line to achieve the title to, suddenly, being the last in the queue, like when you stay at the doors of your dream festival because your ticket, bought at resale, is false.

Returning to that young quaterback that has been talked about so much, so much is being talked about and so much will be spoken with a whopping zero minutes on the pitch, how someone is going to succeed with the media scrutiny to which he is being subjected. Think about it, it is almost impossible. And I say almost because the NFL has seen everything but, deep in my heart of cheese, I know it is unbearable. If Love gets it right, the focus will be even more on an Aaron Rodgers who let’s not forget is a living legend of Lambeau and being the ‘guilty’ of something so serious always upsets. Don’t be fooled by me. But what if you get it wrong? Oh if he does it wrong. The Packers, a franchise embracing success in recent seasons, will follow the paths of indifference because of Gute, who selected the quarterback two years ago, and indirectly from Love. Marked for your entire professional life. Let’s see who is the smart one who can withstand all that pressure.

Now let’s talk about his footballing level. This should be the most important thing and it seems to be taking a back seat. Let’s say that the level of Love in the preseason training is being how much less doubtful for a team that wants and should be a candidate for Lombardi. According to insiders covering the Green Bay team, Love trades good drives with some ‘fishy’ pitches. All a bit mediocre after spending a season training under the tutelage of Matt LaFleur’s team of coaches. Another question to consider is how they will carry the Davante Adams and company, receiving passes from a troubled Love after receiving them from a Rodgers MVP, if in the end the hold-out absolute by the twelve cheesemaker. Like going from eating duck foie to La Piara pate, it’s ugly and you don’t get along.

There is not much to talk about the not cold war between Rodgers and the management. Regarding this issue, get out of here because I want to be alone.

The only thing left to do is suffer in this season, fellow cheesemaker. You can only think that past times were always better even those of Mike McCarthy … Cold sweats. It only remains to activate the ‘contragafe‘and sit and wait for the ball to leave the center on duty.