Cocktails of worms, insects and microbes that eat plastics 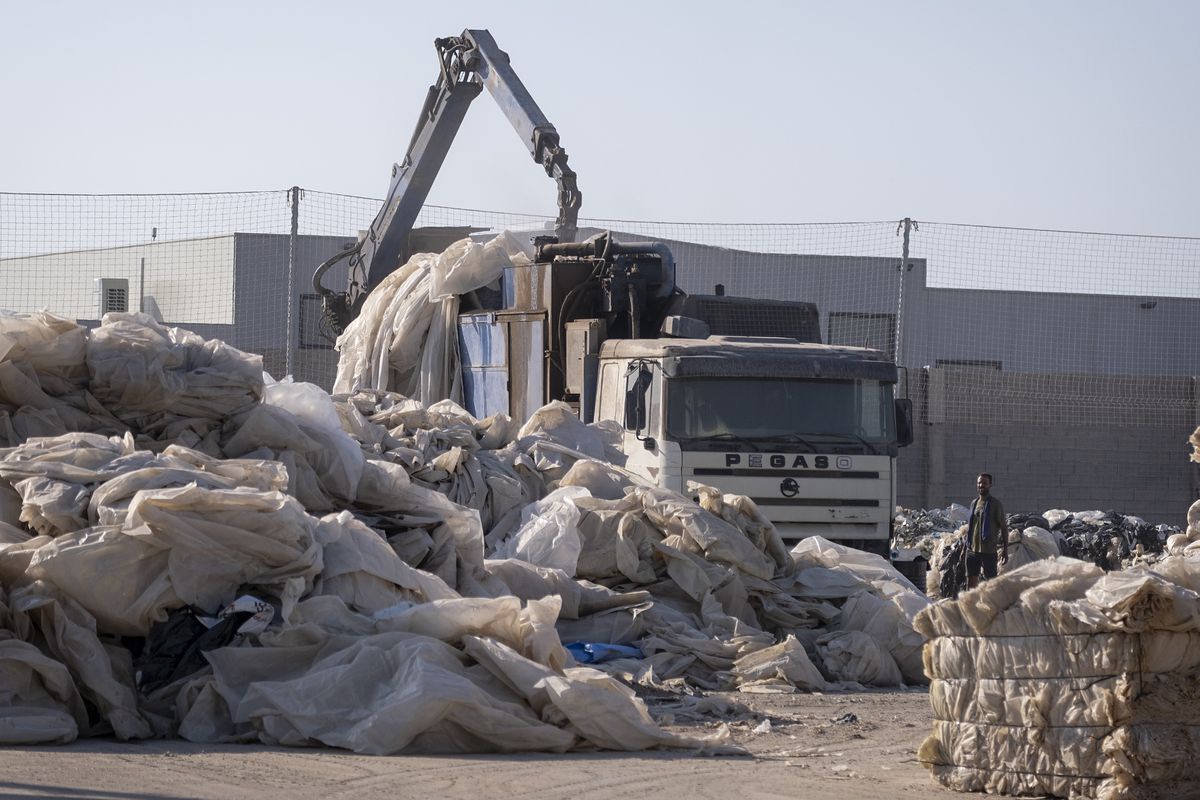 Humanity itself has created some of the greatest challenges it faces. This is the case of plastics. The latest assessment of the Food and Agriculture Organization of the United Nations (FAO) about this waste he warns that its presence on earth is greater than that of the seas. According to the Deputy Director General of FAO, María Helena Semedo, “soils are one of the main receptors for agricultural plastics and are known to contain greater amounts of microplastics than the oceans.” Faced with this challenge, María José López, a microbiologist at the University of Almería, coordinates the European project Recover, a plan to degrade waste from cocktails of insects, worms and microbes capable of turning non-recyclable plastics into bioproducts or removing them from the ground.

The Evaluation of agricultural plastics and their sustainability FAO estimates that agricultural and livestock production, as well as food packaging, generate 60 million tons of plastic products per year compared to two million tons from fishing and aquaculture. Half of the world total comes from Asia.

Since the beginning of the plastics invasion, since 1950, 6,300 million tons of this waste have been generated, of which almost 80% have not been adequately disposed of. Microplastics, those particles with a size less than five millimeters, have been found, according to the FAO, even in human feces and placentas.

The United Nations organization proposes a six-r plan, an urgent line of action that involves “rejecting, redesigning, reducing, reusing, recycling and recovering.” María José López is in this regard: “Although many measures are being implemented to reduce them, plastics continue to be generated that, in the end, end up in the environment and in our homes.”

To deal with this artificial plague, the Recover project, funded by the European Union, coordinated by the Almeria researcher, has brought together 17 partners from seven European countries since 2020 to, in four years, find possible solutions to the problem of soil contamination through the transformation of plastics into biofertilizers or similar but biodegradable products.

The Almeria researcher explains: “We are going to do it thanks to the combination of different microorganisms, insects and worms as biotechnological tools. Insects and worms, with the microorganisms in their digestive systems and the enzymes they produce, act collaboratively, transforming a large part of these plastics into components from which we are going to extract chitin, an ingredient for biodegradable plastics ”.

Another strategy is that the same process, from the excrement of insects and worms, as well as the bed used for their development at the expense of plastics, generates biofertilizers. The same organisms will also be used to eliminate the pollutants present in the agricultural compost and which end up being incorporated into the soil.

“What is new”, explains López, “is that we are going to combine all the elements to strengthen the action of insects, which has already been validated in other studies. We have seen that they are capable of eliminating a considerable amount under laboratory conditions, but we have yet to reach the validation phase in a near-real environment. From now on, the most complex phase will be addressed: testing the selected organisms in conditions similar to reality, in a soil contaminated with plastic or in a composting process where we are going to monitor what is happening with these plastics. All this, in addition, will have implemented economic, social and logistics studies to find out how non-recyclable plastics are going to be transported to treatment units and how these procedures are going to be implemented in controlled composting reactors ”.

The results are promising. López comments that they have achieved reductions of up to 20% in the weight of plastics between three and four months while in nature this waste can last for centuries. But she is cautious: “I do not want to raise false hopes that this is going to be the panacea, but we trust that we can provide new tools and new procedures for the treatment of this waste” She also warns that the priority step is to reduce the generation of plastics to the max.

The Recover project is accelerating processes detected in nature. A study published in mBIO has identified more than 30,000 microbial enzymes in the environment with the potential to degrade 10 different types of commonly used plastic. Jan Zrimec, first author of the study and researcher at the National Institute of Biology in Slovenia, explains: “Currently, very little is known about these plastic-degrading enzymes and we did not expect to find such a large number of them in so many different microbes and environmental habitats. ”.

See also  A family that lives in the streets of Murcia: "With two euros we can eat four"

For Aleksej Zelezniak, professor of Biology and Biological Engineering at Chalmers University of Technology, “the next step would be to test the most promising candidate enzymes in the laboratory to closely investigate their properties and the rate of plastic degradation they can achieve. From there, microbial communities could be designed with specific degradation functions for specific types of polymers ”.

Plant and animal species have also been discovered that colonize the tons of plastics and waste dumped into the sea, according to a study published in Nature Communications. A team from the Ocean Voyages Institute has analyzed 103,000 kilograms of debris in the North Pacific and found coastal species, including anemones and crustaceans, not only surviving, but thriving in this alien and artificial environment.

Scientist Greg Ruiz, director of the Marine Invasions Laboratory of the Center for Environmental Research Smithsonian (SERC) explains: “The open ocean has not been habitable for coastal organisms until now due to habitat limitation.” Linsey Haram, lead author of the article adds: “The problems of plastic go beyond ingestion and entanglement. It is creating opportunities for the biogeography of coastal species to expand greatly beyond what we previously thought was possible. “

On the existence of these new colonies, which they have called “neopelagic”, and their implications for the marine ecosystem, Haram comments: “Coastal species are competing directly with these ocean rafters for space and resources. And those interactions are very unknown.

Did you expect it? PlayStation Wrap Up shows you your favorite games of 2021