Coalition Party The Coalition Party’s Mykkänen and Kauma open a discussion-oriented integration program: The intention was not to differentiate people on the basis of ethnic background 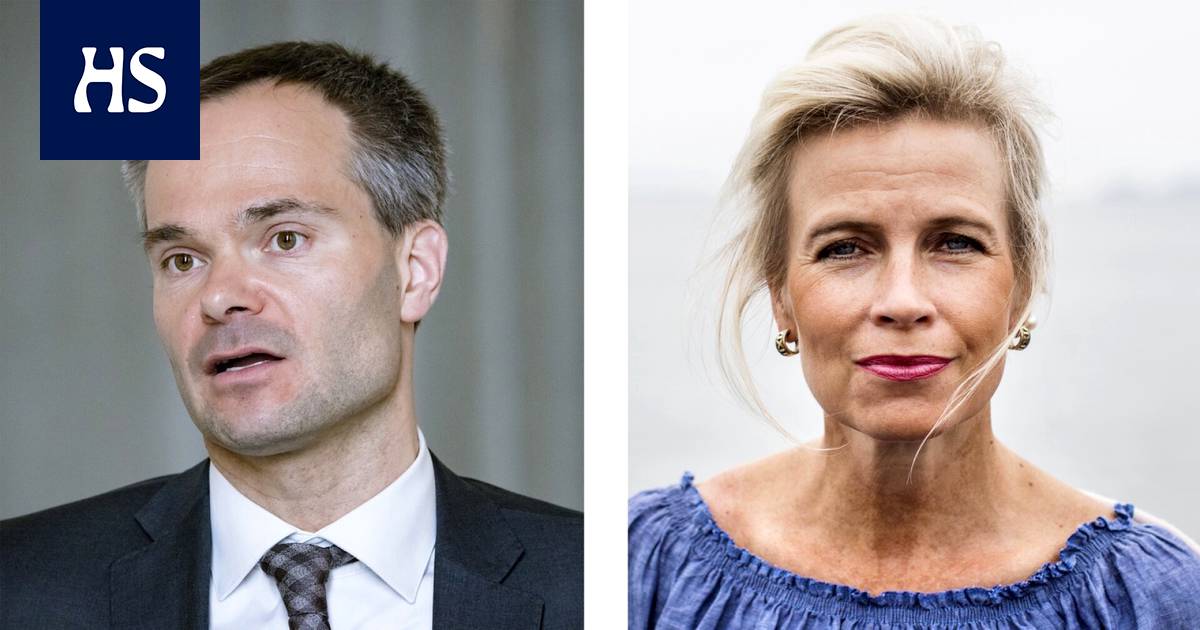 In particular, the section of the program proposing the differentiation of social security for “immigrants and native Finns” has sparked debate. Since then, the term native Finnish has been changed to Finnish citizen permanently residing in Finland.

Coalition released a new one on Friday last week integration program, in which it proposes changes to Finnish immigration and integration policy.

Member of Parliament who led the preparation of the program Pia Kauman In particular, the program aimed to bring to the debate proposals for improving the employment situation of migrants.

“It is clear that if the number of immigrants increases, the number of unemployed will be a bigger problem in the future,” Kauma says, referring to the higher unemployment rate of people with an immigrant background than the rest of the population.

Reasons According to Kauma, poor employment includes deficiencies in Finnish language skills and education, as well as poor knowledge of Finnish society.

“Therefore, the measures are specifically aimed at improving these issues.”

The program includes a nine-point list of measures, which makes suggestions on how the integration of immigrants should be changed.

The list includes, among other things, sufficient language skills and knowledge of Finnish society as a prerequisite for a permanent residence permit, as well as the shortening of immigration processes.

Specially the debate was sparked by the fifth item on the list following the publication of the program, which proposed the differentiation of social security for “immigrants and native Finns”.

On Wednesday, five days after the announcement of the program, however, the term native Finnish was changed to a Finnish citizen permanently residing in Finland.

According to Pia Kauma, the term was changed afterwards because it was misunderstood.

“Some people started to include questions about ethnic backgrounds, and that was not a question at all,” Kauma says.

Also Chairman of the Coalition Parliamentary Group Kai Mykkänen would like to make it clear that the paper was not originally intended to discriminate against people on the basis of their ethnic background.

“The paragraph tried to mean that during integration, social security conditions should be stricter than they are after that.”

Under the current Integration Act, an integration plan for immigrants lasting three to five years can be drawn up together with them.

According to Mykkänen, the integration period refers to this period of three to five years.

Also the program paper preparation process has caused confusion. The program is presented in the press release sent with it as a proposal of the Coalition Party’s parliamentary group.

However, the Coalition MP Saara-Sofia Sirén stated the message service on Twitter that the program paper itself has not been approved at the Coalition Parliamentary Group’s group meeting.

“The working group has presented background materials and suggestions at the group meeting,” Sirén Tweets.

“Since then, the matter has not been discussed in a group meeting, but the working group has been responsible for drafting the paper.”

The program According to Kauma, who led the working group responsible for the preparation, the parliamentary group has seen the main points of the program and been able to comment on them.

“The parliamentary group has been given the program to watch and there were no key proposals for changes. On the contrary, we got really good feedback on the preparation. ”

This is also confirmed by Mykkänen, Chairman of the Parliamentary Group, according to whom the practice is common in the preparation of the Coalition Group’s parliamentary papers.

According to him, the meeting went through the main guidelines, but not the wording of the individual paragraphs.

“However, the program has been reviewed and the guidelines approved by the parliamentary group,” says Mykkänen.

According to him, the parliamentary group as a whole is behind the guidelines.

Similar attempts were also made to differentiate social security Juha Sipilän during the (central) government. At that time, the idea was that unemployed jobseekers who had received a residence permit from Finland would have been paid lower unemployment security than Finns.

Performance, however stopped at that time in Parliament to the Committee on Constitutional Affairs, whose experts considered the proposal problematic from the point of view of the principle of equality of the Constitution.

However, with the Constitutional Experts, the Coalition Party has not yet gone through its proposal in more detail.

“It was a proposal that will then be set in motion. Of course, it requires careful further work and a more detailed study, but in our view, such a change in the law would in principle be possible if it can be shown to increase employment and integration into Finland, ”says Mykkänen.