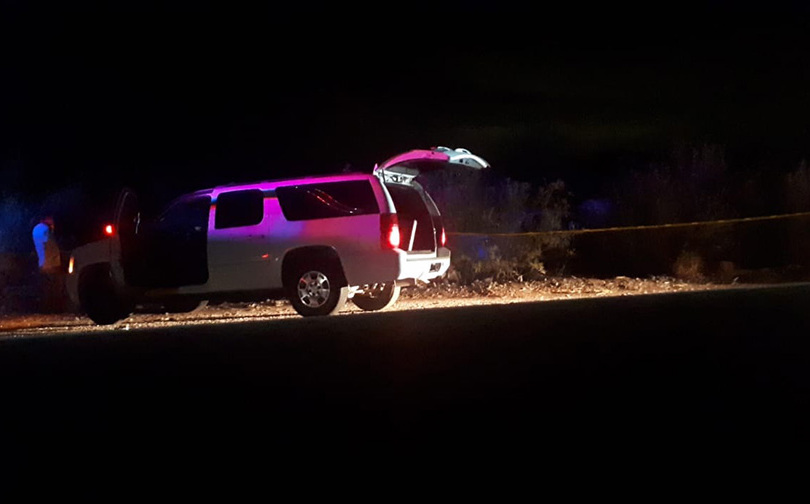 On San Pedro – La Cuchilla highway at the junction of the San Felipe ejido in San Pedro, Coahuila, a collision between a motorcycle and a car, leaving as balance two deceased.

This accident was reported around 11:00 p.m. on Saturday, July 10. Elements of the Municipal Policel, of the Coahuila Civil Police and the Ministerial Police, in addition to paramedics from Red Cross and Volunteer Fire Rescuers.

A strong scene was seen in the place, between some mosques, on the side of the road, was the destroyed body of the motorcyclist, who in life responded to the name of Antonio Martínez Aldaba, 29 years old and a neighbor of the San Migue ejidol.

Likewise, the Red Cross paramedics treated two people, the crew of the Sedan in white, a woman named Monserrat Solís Barbosa, 22, and his uncle Pablo Barbosa Serrano, 45, both from the Santa Rita ejido, in this municipality.

They took them to General Hospital for his medical attention, but there, as a result of the injuries, Pablo passed away.

According to what the young woman said, she and her uncle were going on a “raite” with the driver of the car, named Edgar Daniel, from the Mayran ejido, who left the place.

Regarding the version of events, it was only said that the motorcyclist was traveling from north to south on the highway and the sedan from south to north, it was mentioned that the car was passing another vehicle and that was when the collision with the motorcycle occurred.

Such was the impact that the two-wheeled vehicle was smashed to pieces and the driver among the mesquite trees, his body destroyed. Also, the sedan went off the road and overturned, remaining among the mosques as well. The body of the motorcyclist was picked up by experts from the State Attorney General’s Office, who would take him to the Semefo de Matamoros for the autopsy of the law, they would do the same with the body of the other deceased, who was in the hospital.