Close the doors of horror 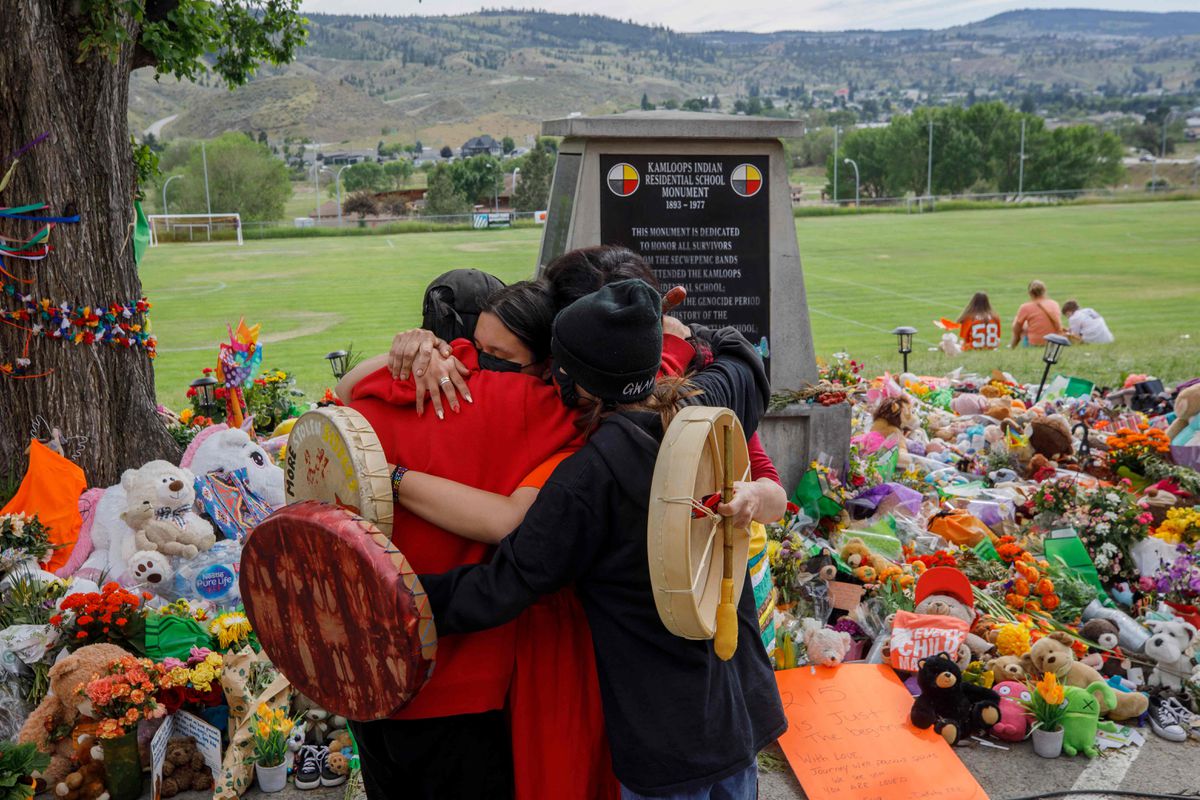 When I read a few weeks ago that in Canada dozens were being discovered, and eventually hundreds (more than 1,000 is the estimated number), of remains of bodies of indigenous children and adolescents killed in boarding schools that worked for 120 years (1876-1996) I felt horror in the body. And at the same time bewilderment in the face of the human species.

Throughout that period, this country, seen as gentle, inclusive and that recognizes more indigenous peoples (the 1982 Constitution gives them rights that they do not have in other countries), had promoted and tolerated the literal kidnapping of some 150,000 indigenous children. They had been torn from their families, their culture, their roots, their way of being in the world.

In the centers where they were confined, many were outraged, beaten; or suffered hunger, hypothermia. Hundreds of them died from diseases such as tuberculosis and some committed suicide. Although the case had been known since 2015, when a Truth and Reconciliation Commission began to investigate the events, it recently erupted again.

Last June, clandestine burials were discovered that corroborated a report from such a commission, which by 2019 had determined that more than 4,000 children had died there. What is it that makes one part of human society feel entitled to rip off another’s body and soul? At what moments do the doors of horror open?

What is it that makes one part of human society feel entitled to rip off another’s body and soul?

It is an old practice, which occurred throughout history and throughout the world, and it seems to be based on an extremely misguided idea: they are not like us, they have to look like us and, if not, we force them. If they die on the way, it may be part of the process and we will have to regret it, but not stop. Because it is difficult to accept other ways of living.

Something similar happened in Australia with the Stolen generation, name by which Australian Aboriginal children were known who, as in Canada, were abducted and placed in boarding schools to assimilate them, between the years 1869 and 1976. The moving film released in 2002, which bears the same name (Stolen generation), narrates it.

In a dark scene, the itinerary that each of these children had to travel in order to civilize. Fortunately, and at the cost of much suffering, three girls manage to escape from this system of terror and reunite with their family after traveling more than 2,000 kilometers (the film is based, sadly, on real events).

Again, the delusional belief that there is a culture, or a religion, that is the best, or the one that ―they used to say during the colonization of pre-Hispanic peoples― can save the soul of those who access it. That hasn’t gone away, even though those ghoulish boarding schools are no more and the Canadian prime minister Justin Trudeau has apologized and is embarrassed.

Every time someone attacks indigenous people, anywhere on the planet, they are symbolically reopening the door of those centers

Every time someone attacks indigenous people, anywhere on the planet, they are symbolically reopening the door of those centers. Every time they are considered expendable citizens or are seen with a condescension much like ninguneo, something is taken from their outer and inner life. And every time they are killed, we all die a little.

In Colombia, a generous but always turbulent territory, from January to March of this year 12 indigenous leaders were victimized. In Brazil, During the first year of the government of Jair Bolsonaro (2019), the murdered indigenous people were 113. And in Peru, last February two indigenous people of the Cacataibo ethnic group were shot dead in the middle of an Amazon forest.

The late arrival of vaccination and care for indigenous people during the pandemic is another sign of the current contempt. According to the Pan American Health Organization (PAHO), the fatality rate due to covid-19 in the indigenous peoples of Mexico is higher than that of the population as a whole: 20.1% versus 8.4%. In Paraguay it is 10.1% compared to 3.7%.

How long will this barbarism continue against those who some still call “barbarians?”“? Indigenous people don’t just need compassion. Above all they need citizenship. They require, and demand, to be recognized as any citizen of the cities. Are not good savages either. They are people whose rights should not even be in dispute.

But this atrocious world continues to confine them to silence, to vulnerability, despite the progress they have made thanks to themselves, and the support of the political system. In the end, almost always the same thing happens: always they (and especially women, because if they are indigenous and women it is worse) they lose more. They don’t get vaccinated so much, they mistreat them, they confine them.

Today, International Day of Indigenous PeoplesThe death of these Canadian children cries out to heaven and it would have to call on our species to close those sinister doors and open those of welcome and solidarity, those without which we cannot live. It will not happen soon, because a millennial epidemic of selfishness continues still nailed in the human heart.

Although it may help us all to imagine what those little kidnapped children felt every day, for years, to be forced to be what they did not want to be. One of them said, as an adult, that he did not know how to raise his children, that he felt “sadness and anger”. If someone had listened to it some time ago, today we would be celebrating a small triumph of life over horror.

Ramiro Escobar La Cruz placeholder image is a Peruvian journalist and university professor, as well as a regular contributor to the Planeta Futuro section of EL PAÍS

The eight best cars for dogs (and one motorcycle)