Climatologist Ryabov predicted a global catastrophe in a century 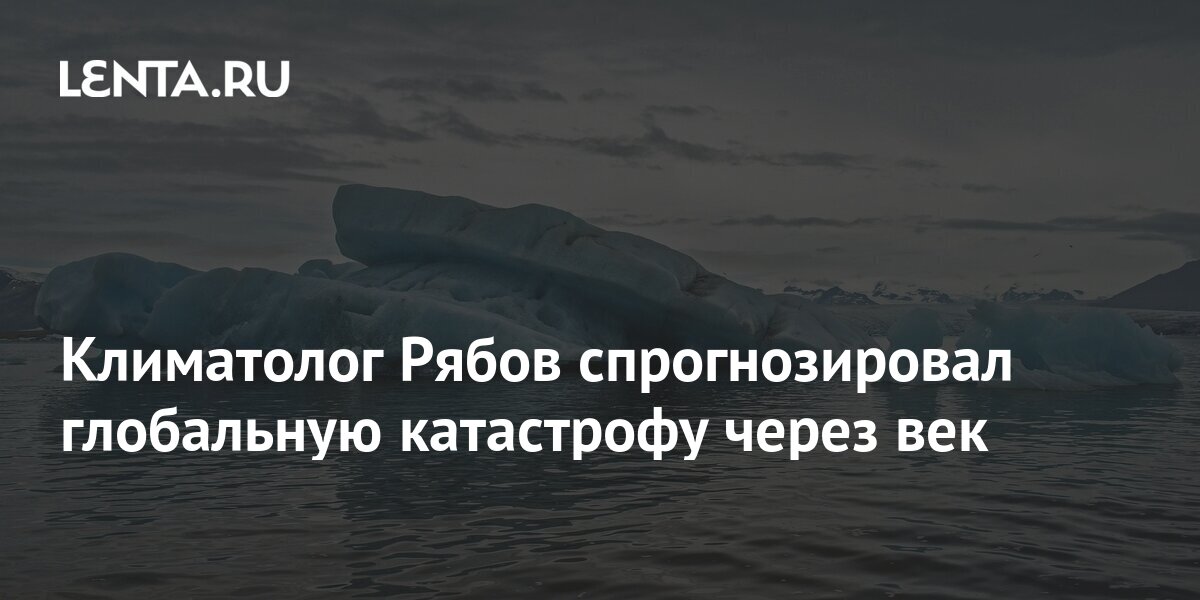 Climatologist, associate professor of the Agrotechnological Academy Vladimir Ryabov said that a global catastrophe awaits humanity. If states do not reduce greenhouse gas emissions, then the level of the World Ocean will rise by about five meters in 100 years, informs radio “Sputnik in Crimea”.

Ryabov explained that an increase in the level of the World Ocean, even by several meters, will flood about 30 percent of the land on which people currently live. According to the climatologist, these will be the most populated areas on the planet. Global warming will cause a new great migration of peoples in a century, as people will have to move housing and production, the expert predicted.

According to rough calculations, a significant rise in the level of the World Ocean will be noticeable in the next 30 years. The climatologist predicted that the level of the Black Sea will also change.

“Significant” rise in the level of the World Ocean

The specialist warned that the slightest changes in the climate can cause serious and difficult consequences for humanity.

Climate change by just a few degrees will bring about global changes that will be very difficult to adapt to.

At the same time, the assistant professor admitted that pessimistic forecasts can remain only assumptions. According to Ryabov, many countries have recently come to the conclusion that it is necessary to reduce greenhouse gas emissions. This problem is being discussed at the highest level, and “rather serious steps” are being taken to solve it.

The climatologist believes that if the global warming process is slowed down, then it is possible to postpone the timing of the alleged catastrophe by 100-300 years. It is impossible to completely stop climate change, he stressed.

I think that humanity’s efforts in this direction will grow every year, because all people and countries, regardless of political and economic goals and objectives, are interested in preventing this from happening.

In this case, humanity will have more time to prepare for the upcoming changes, concluded Ryabov.

The most dangerous countries in the world, according to Reutersare Russia and China, since the states have not yet presented plans for decarbonization. Salimul Hook, chair of a panel of experts advising the Forum of Climate Vulnerable 48 Countries, believes that countries’ progress in combating global warming should be measured by concrete actions to reduce emissions, rather than rough targets for the future.