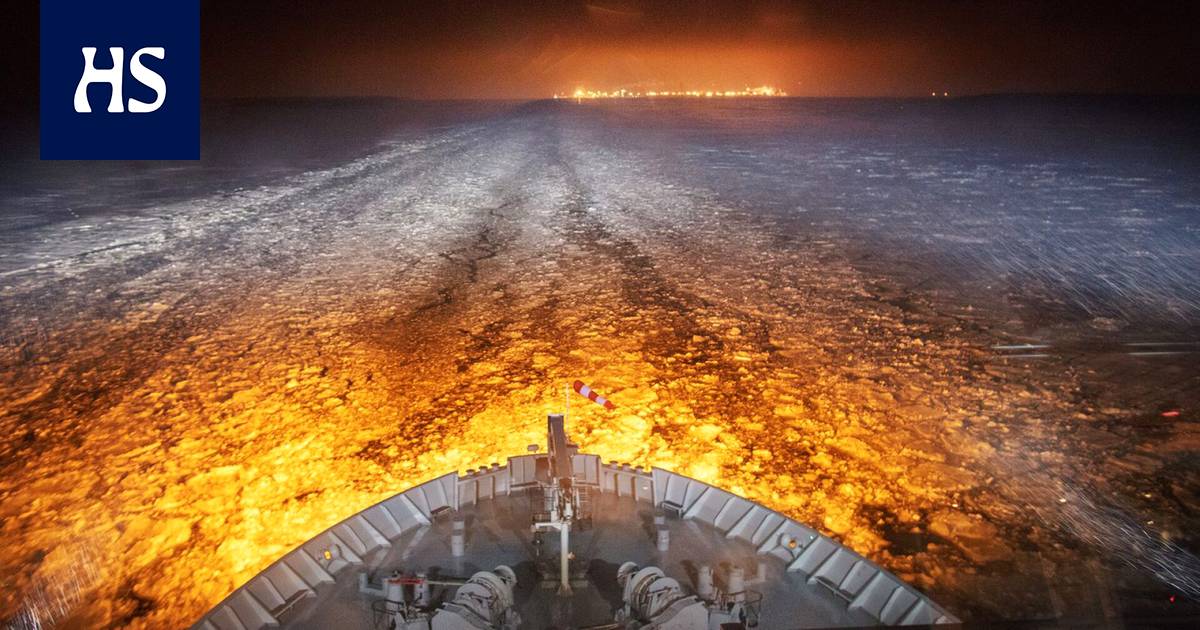 Ice-reinforced vessels produce more emissions, which in Finland’s view should be taken into account in emissions trading. According to the ministry, switching to lighter vessels would not necessarily reduce overall shipping emissions.

Finland does not seem to be getting its way through the EU Commission’s forthcoming proposal on maritime emissions trading. According to the Ministry of Transport and Communications, the Commission does not take into account Finland’s views on the special conditions of winter shipping.

Minister of Transport and Communications Timo Harakka (sd) said on Thursday that he had sent the Vice-President of the European Commission To Frans Timmermans a letter on maritime emissions trading. Timmermans is responsible for preparing that climate package, the so-called Fit for 55.

Magpie tells HS that he sent the first letter to Timmermans before Midsummer.

Read more: The EU’s climate policy is undergoing a complete overhaul, and there are fears in Finland that it will restrict deforestation

Harakan According to the Commission, the ETS proposal should take into account the specific conditions of winter shipping and include an assessment of the impact on the relative competitiveness of Member States.

Minister of Liquidity and Communications Timo Harakka in his office on Eteläesplanadi in February 2021. Picture: Outi Pyhäranta / HS

According to Haraka, the performance should take into account different types of vessels. Heavy ice-reinforced ships calling at Finnish ports consume more fuel than non-ice-reinforced ones and also produce more emissions when navigating in open waters. When navigating on ice, ships also need more power.

“A performance that does not take into account different categories of ships is already fundamentally flawed. Once again, no impact assessment has been carried out on how this would affect competitiveness. This is not even acceptable in principle, ”says Harakka.

In addition to Finland, Estonia has been active in influencing the Commission.

Harakan According to the Commission, it is essential to take into account the specific features of winter shipping in emissions trading in order to ensure both transport safety and relative competitiveness.

The Commission’s proposal will come out next week, and there is still time to influence the content of the proposal. However, according to Haraka, it would be easier for everyone if winter shipping were already taken into account in the floor plan.

“Finland would rather promote progressive policies than resist because of its own inalienable interests,” says Harakka.

“If the special features of winter shipping were not taken into account in shipping emissions trading, it would mean a big additional bill for Finland.”

“We require special attention because our location, distances and climatic conditions are facts that will not change otherwise with any regulation,” Harakka says in a ministry release.

“If the special features of winter shipping were not taken into account in shipping emissions trading, it would mean a big additional bill for Finland. In addition, the competitiveness of export industries would weaken. ”

According to the Ministry of Transport and Communications, the EU would deviate from international regulations if it ignored winter shipping and ice-strengthened vessels. Among other things, the International Maritime Organization (IMO) takes them into account in energy efficiency regulations.

About 85% of foreign trade and 95% of trade in goods with EU countries depend on maritime transport.

TransportAccording to the Ministry of Transport and Communications, the emissions trading proposal will guide shipping companies to use more energy – efficient and low – emission but weaker vessels. They are vulnerable to severe ice conditions and need more help from icebreakers, so emissions may not be reduced as a whole.

The likelihood of oil and chemical spills would also increase in winter.