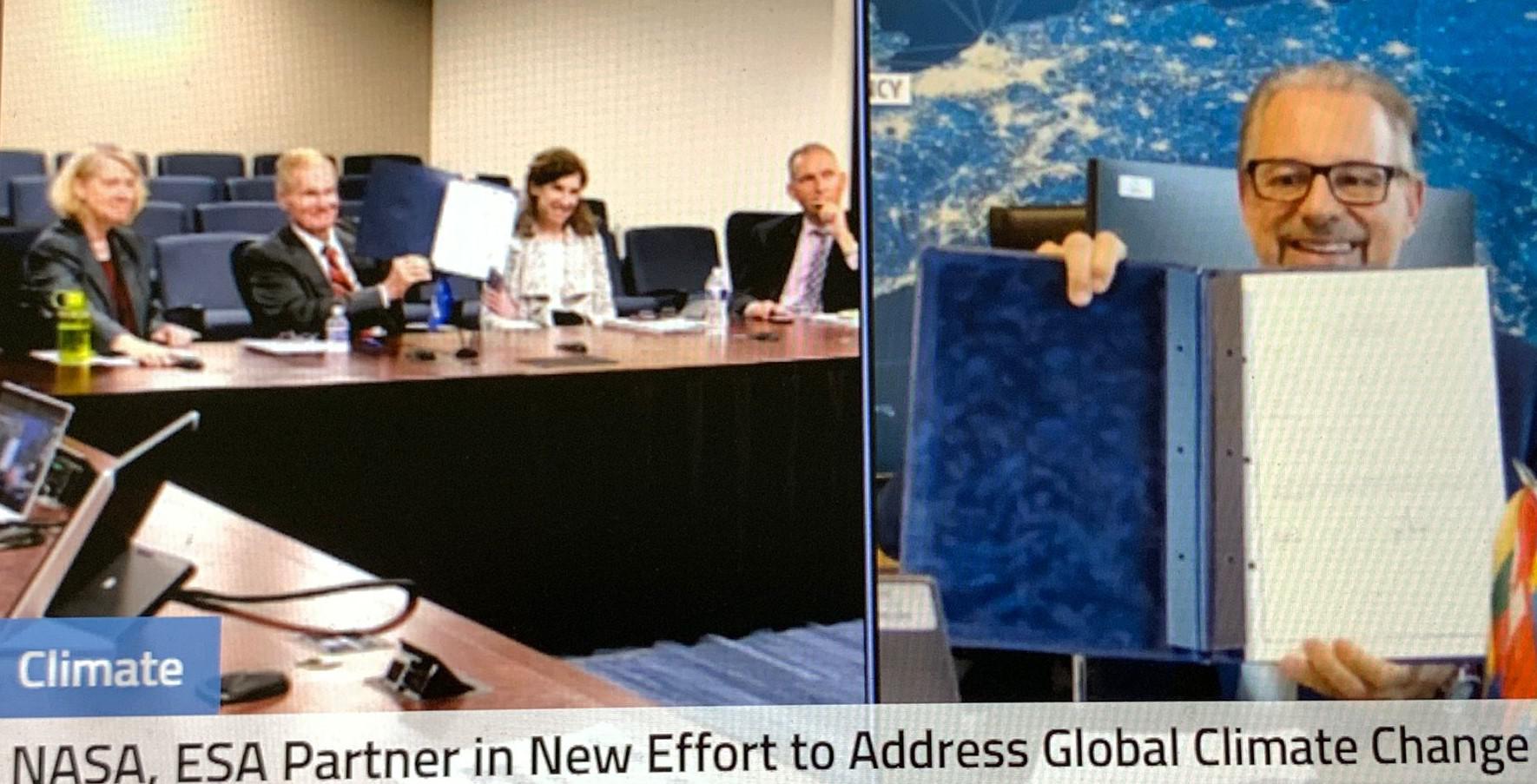 ESA and NASA join forces in the fight against climate change and announce a strategic partnership to empower earth sciences. The goal of NASA and ESA is to ensure that the data from Earth observation satellites are used to the best, deepen the science and thus bring maximum benefit to humanity. The partnership was formalized by the general manager of ESA, Josef Aschbacher, and by the administrator of NASA, Bill Nelson, through the signing of a declaration of intent. The agreement aims to pave the way to lead a global response to climate change, by monitoring the Earth and its environment with their combined efforts in Earth science observations, research and applications. “Climate change is a global challenge that requires action: now,” said NASA administrator Bill Nelson. “NASA and ESA – he said – are leading the way in space, building an unprecedented strategic partnership in the Earth sciences. This agreement will set the standard for future international collaboration, providing the information so essential to address the challenges posed by climate change and helping to answer and address the most pressing questions in earth sciences for the benefit of the United States, Europe and the world. ”

It is not the first time that ESA and NASA join forces. The teams of the two space agencies worked side by side on the field campaigns in the Arctic to validate their respective CryoSat and IceSat missions and they also work together and with other partners to the recently launched Copernicus Sentinel-6 mission, which is a new mission to extend the long-term record of sea level rise.

“Without a doubt, space is the best vantage point for measuring and monitoring climate change, but joining forces is also the key to addressing this global problem. That’s why today’s agreement between our organizations is so crucial ” commented ESA CEO Josef Aschbacher. “Timing is also important, particularly when looking at the climate conference Cop26 by the end of the year, where we have the opportunity to further make the space an integral part of the solution when it comes to climate change mitigation, ”Aschbacher added.

Just last May, NASA announced its Earth System Observatory, which will design a new series of Earth-centered missions to provide key information to guide efforts related to climate change, disaster mitigation, forest fire fighting and agricultural process improvement in real time. The joint declaration of intent complements the ongoing activities for the Earth System Observatory. ESA and NASA are also defining a new gravitational mission to shed new light on the essential processes of the Earth system like the water cycle. For example, it will “weigh” the water in its various locations, such as the subsoil and in the oceans, to understand the distribution and transport of the mass of water. Through the new strategic partnership, ESA and NASA will explore and develop new ways of working together, achieve synergy between their activities, coordinate and cooperate on strategic programmatic, scientific and political interests and identify processes to work together more efficiently and quickly. Who is Miguel Alemán Magnani, businessman with an arrest warrant