Climate Climate change is underpinning Finland, but Finland’s statistics may be misleading: “Eyes open when looking at the global situation” 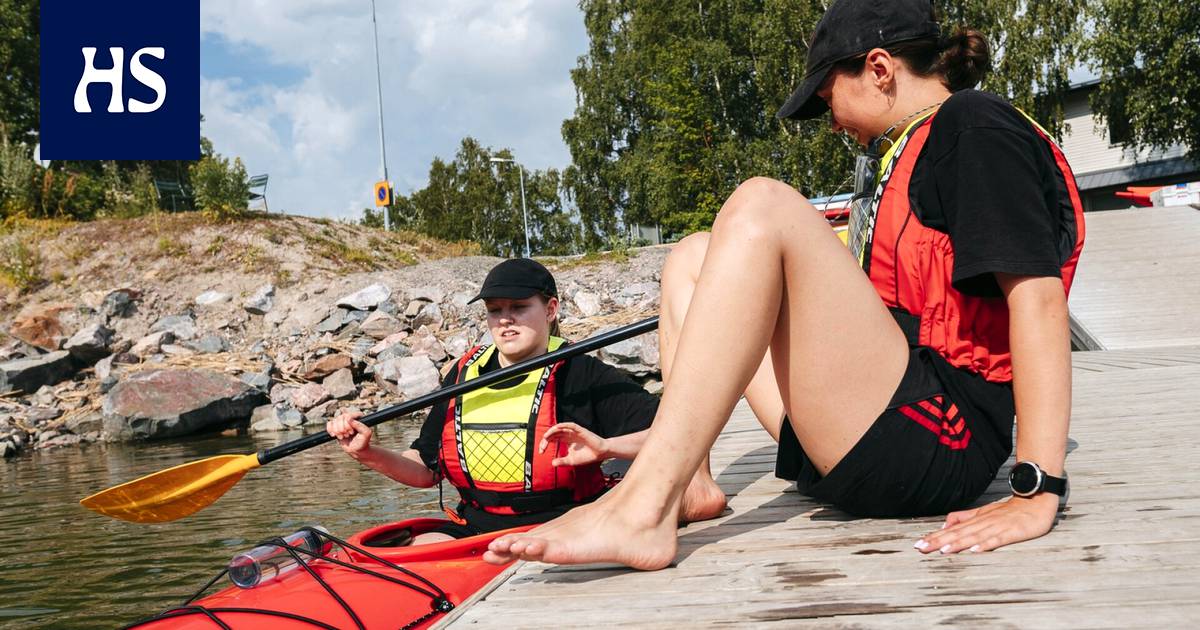 “If someone claims that a heat wave has nothing to do with climate change, the burden of proof shifts to the claimant,” commented the Finnish Meteorological Institute researcher.

June was the hottest in the history of measurement in Finland, and July has not brought relief to the heat. Elsewhere in the world, heat records have been broken. The most dramatic headlines have come from Canada, where the toughest figures have approached 50 degrees Celsius.

Is this now climate change?

The question is a little inaccurate, because climate change does not in itself cause heat. However, there is a strong consensus among scientists that man-made global warming increases and intensifies heat waves.

“In today’s climate, it can be said that every heat wave is stronger precisely because of climate change,” says the researcher Mika Rantanen From the Finnish Meteorological Institute.

“If someone claims that a heat wave has nothing to do with climate change, the burden of proof shifts to the claimant.”

“There are indications that the highest temperatures could rise even more than the average temperatures. The difference is not so significant in Finland, but it is more visible on the Central European side, ”comments the university lecturer. Jouni Räisänen From the Center for Atmospheric Sciences of the University of Helsinki.

It, how much climate change has intensified this particular heat wave is a more difficult question. At least there is no exact answer yet, but rough estimates can be made on the basis of climate models.

The temperature of the earth has risen by about one degree Celsius since the end of the 19th century.

“When the earth’s temperature rises by one degree, it can be assumed that in Finland summers warm by about one and a half degrees and the highest temperatures rise by about the same amount. If previously it had been 28.5 degrees warm in a certain weather situation, now it will be 30 degrees, ”Räisänen estimates.

The phenomenon is illustrated by another Finnish Meteorological Institute researcher, Antti Lipponen, made by animation. It compares the change in average temperatures in different countries. The further the red bars extend, the warmer the year has been compared to the 1951–1980 average.

Rantanen take, for example, the scorching heat of Canada. Equally hard heat pipes are statistically experienced perhaps once in a millennium. Is estimatedthat the probability of a similar heat wave may increase at least tenfold as global warming. In that case, a large proportion of people would experience one in their lifetime.

“A heat wave considered almost impossible can become possible or even probable.”

Read more: Canada is on fire and should be the last warning sign for Finland, says the climate researcher

Räisänen adds an example from Helsinki. There have been fourteen months in the 21st century in which the 20th century heat record for the corresponding month has been broken.

If the climate had not warmed in the last hundred years, there would have been computationally two or three such months.

“Even the slightest warming affects the probabilities quite a lot.”

The Dora dog loves to swim in the heat, but when she is outdoors, the clean is sometimes gone and her paws on solid hot asphalt. For Pentti Arffman and Minna Mustonen, global warming does not cause “at least positive feelings”. “Even though I like the heat itself, this can by no means be seen as very positive,” Arffman says. Picture: Antti Yrjönen / HS

Last year published in the study It is estimated that the long heat wave of summer 2018 would have been about 10–100 times less likely in Finland if human activity had not warmed the climate. The research article appeared in the Journal of the U.S. Meteorological Society.

According to the article, other estimates have also been made of the European heat in 2018. According to one analysis, human activity would have doubled and according to another at least 2-5 times the probability of severe heat. The difference is explained by the fact that the estimates have covered different time periods and areas.

According to a model made by the Finnish Meteorological Institute, the number of hot days in Finland could at least triple by the end of the century.

The indicative model is the most likely of the three scenarios that the Finnish Meteorological Institute developed in its report ten years ago. According to Rantanen, it can still be used as a guiding forecast.

A hot day means an average temperature of more than 20 degrees.

“If there have been an average of nine hot days in the summer between 1971 and 2000, there could be 27 at the end of the century,” Rantanen predicts.

Finland average temperatures have shown a slight increase since 1900. According to the Finnish Meteorological Institute Rantanen, global figures tell better about global warming than local ones.

“The bigger the area, the more the natural variations cancel each other out.”

For example, the summer of 1937 was the hottest in the history of measurement in Finland. In the rest of the world, however, it was quite cool on average. Now the situation is different.

“Based on the statistics, one could get an idea of ​​Finland’s temperatures that no change has taken place. Eyes open when you look at the global situation. ”

Global warming may intensify rainfall, but there is hardly any relief from the drought often associated with heat waves.

According to Jouni Räisänen, the length of drought periods in Finland does not seem to be changing much, unlike in Central and Southern Europe, for example. Drought harmful to plants may still increase.

“When the snow melts earlier in the spring, the soil starts to dry earlier and the rise in temperature itself boosts evaporation.”

Although heat is increasing, there will be both hot and colder summers in the future.

Are hot tubes like this summer the new normal for the next few decades? Rantanen and Räisänen do not believe that. However, children born now may see a different kind of reality.

“If climate change progresses at the current pace, summers like this can be normal sometime towards the end of the century,” says Rantanen.

Susanna Wilska has been swimming in the hot weather every day to beamaferon dog Wilma. “There have always been intense heat, but in Canada and the USA, for example, it’s going to be absurd.” Picture: Antti Yrjönen / HS