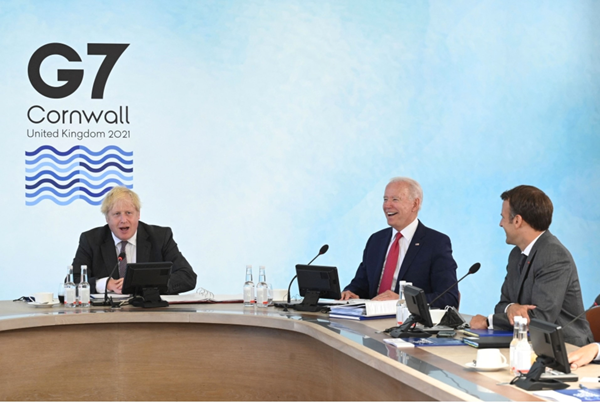 The leaders of the Group of Seven major industry countries and governments plan to focus on climate change during the last day of their summit in Cornwall, England.
Britain, which is hosting the summit, wants the rest of the world’s leading economic powers to agree on ambitious climate goals, which will be agreed globally later at the United Nations climate change conference in Geneva.
Glasgow, Scotland, in November.
The Group of Seven, in addition to Britain and the United States, also includes Germany, France, Italy, Japan and Canada.
On Saturday, the White House announced that “concrete measures” had already been agreed.
Among other things, heads of state and government on Sunday plan to commit to steps to reduce government subsidies to fossil energy sources such as coal. The United States, Germany, Britain and Canada also want to provide up to
$2 billion for developing countries to accelerate the phase-out of coal.
The White House statement also said that the Group of Seven industrialized countries will coordinate their climate goals in such a way that the goal set by the Paris Agreement on limiting global warming to 1.5 degrees, above pre-industrial levels, is “affordable.”
It is expected that the final announcement will be revised until the last minute.
It is also expected to include agreements on joint action to eradicate the coronavirus pandemic and recover from the economic crisis caused by the pandemic.
British Prime Minister Boris Johnson plans to answer reporters’ questions this afternoon.