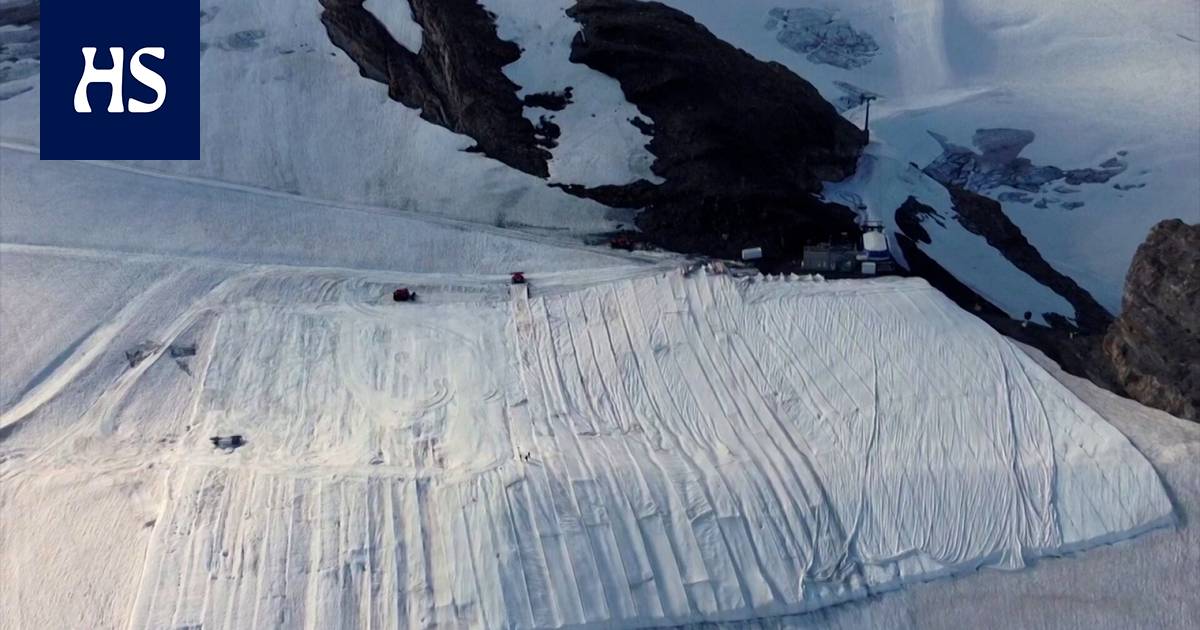 A total of about 100,000 square feet of slope is protected by covers that reflect the heat of the sun’s rays.

Switzerland The snow cover of the slopes of Mount Titlis in the Alps will have to be protected from the effects of climate change.

The 3,238-meter-high mountain normally has frost and snow all year round, but melting is now prevented by large polyester covers. They are supposed to prevent snow from melting during the warmer summer months by reflecting the heat from the sun’s rays.

According to Reuters, the job takes more than a month. Before winter, the covers must be removed.

A video of the operation can be viewed in the context of this article.

News agency According to Reuters, snow and ice cover has faded from the slopes of Titlis at a rapid pace in recent decades.

According to forecasts, it is possible that within 50 years the snow could melt completely from Titlis during the summer months.