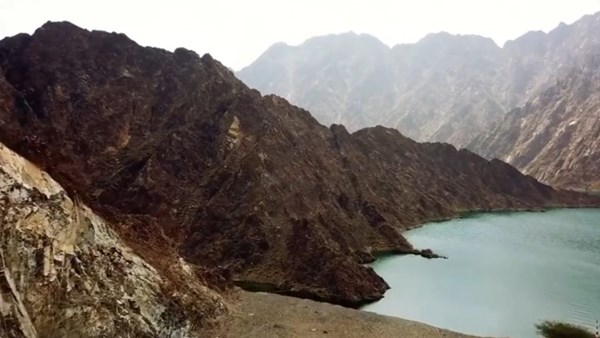 With the announcement of His Highness Sheikh Khalifa bin Zayed Al Nahyan, President of the State, may God protect him, in 2021 “the year of fifty”, the state is reaping the fruits of these efforts in the environmental sector, guaranteeing it a prominent position among the countries most able to foresee the future and face challenges, and achieve unique achievements, In order to complete its national and humanitarian mission represented by diligent work to protect the environment, preserve, develop and invest its resources efficiently to ensure its sustainability, and achieve its goals of promoting environmental health, shifting to a green economy and sustaining natural systems, enhancing food diversity and ensuring its sustainability, and limiting the repercussions of climate change to support its economic development priorities And to strengthen the implementation of environmental legislation, to establish a culture of innovation in the institutional work environment, and to ensure the provision of all services, in accordance with the standards of quality, efficiency and transparency.

The vision of the Ministry of Climate Change and the future environment as the body in charge of translating the country’s environmental and climate trends on the ground is based on two main directions, the first is to enhance the security, sustainability and safety of food and raise the rates of self-sufficiency, and the second to continue and strengthen the state’s path in working for the climate and the environment, and preserving its natural resources And its biological diversity, and ensuring their sustainability, as the first approach depends on a set of axes, including support and development of local agricultural and animal production, by employing modern technologies and systems and stimulating investment in modern agricultural projects, which ensures an increase in this production, raising its efficiency and competitiveness, and working at the same time to reduce rates Food waste in order to achieve the system of sustainable production and consumption, and to ensure the flexibility and continuity of supply chains, as the Ministry will work to increase the number of approved markets for importing products and food commodities from them, to achieve the highest rates of public health protection, and to strengthen the country’s leadership as a major center for food trade regionally and globally in the first stage. Subsequently, it provides the utmost confidence and safety in the safety of locally handled food Imported and re-exported.

As for the second trend within the ministry’s future vision, it is based on a set of axes for action for the climate, environment and biological diversity, and includes strengthening the position and leadership role of the state in efforts to work for the global climate, stimulating investment in future energy and green technologies, and enhancing the capabilities of all state institutions and entities. To adapt to the repercussions of climate change.

Belhaif Al-Nuaimi: Transforming Challenges into Growth Opportunities
His Excellency Dr. Abdullah Belhaif Al Nuaimi, Minister of Climate Change and Environment, said: “The past five decades have witnessed the process of development and prosperity for the UAE, laying its foundations and implanting its approach, the late founding father Sheikh Zayed bin Sultan Al Nahyan – may God rest his soul – and thanks to the visions and directives of the wise leadership and its anticipation of the future And with the permanent support it provides, the UAE has become a leading global model. ”
His Excellency added: “The ability to face all challenges and turn them into growth opportunities, constituted one of the most important values ​​that the state adopted and adopted as a major work approach that enabled it to build a cohesive, tolerant society, which includes more than 200 nationalities, all working for its development and prosperity, and building an advanced economic system that achieves a balance. Effectively between economic prosperity and environmental protection, and ensuring the sustainability of its resources and biodiversity. ”

His Excellency indicated that the announcement of His Highness Sheikh Khalifa bin Zayed Al Nahyan, President of the State, may God protect him, of 2021 in the UAE, “the year of fifty”, constitutes primarily a celebration and pride for the tremendous achievements that have been achieved over the past five decades, and a directive to preserve On the achievements of this march, and the acceleration of the pace in anticipating the next five decades and preparing for them. His Excellency pointed out that the UAE’s march recorded many achievements at the level of all sectors, foremost among which is the environmental sector, as the launch of this march coincided with the late Sheikh Zayed’s endeavor to expand agriculture. Over the past fifty years, the state’s efforts in protecting the environment, strengthening and ensuring sustainability have varied. Natural materials, and the preservation, rehabilitation, rehabilitation, and protection of living species from extinction, and through permanent cooperation and coordination between the Ministry of Climate Change and Environment and all parties concerned with the environmental sector at the state level, the UAE topped the international scene in 8 global indicators related to the fields of environmental work, and acquired the first place At the regional level, in 19 indicators, according to the reports and indicators of global competitiveness for the year 2020.

Hamdan bin Zayed: A wise vision of an exceptional leader

The white tigers of the Ecopark arrived in the United States: what is the sanctuary where they will live