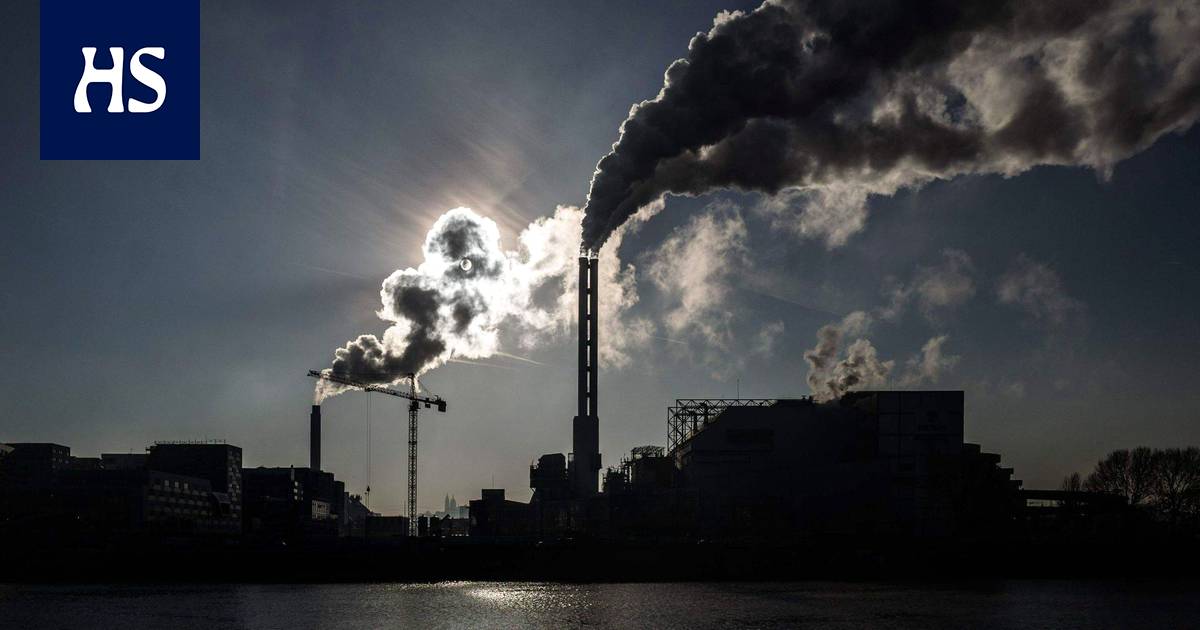 The chairman of the European Parliament’s Environment Committee calls the solution a good compromise.

This is a historic decision, as the EU has not had a climate law before.

EU leaders agreed 55% of the negotiation target summit in the fall.

The European Parliament Chairman of the Committee on the Environment Pascal Canfinin according to the decision was a good compromise. Parliament pushed for a 60% emission reduction target.

However, the decision was reached by negotiating clarifications, Canfin said at a news conference Wednesday morning.

The net reduction target is at least 55 per cent, but specifying the sink targets, for example, will delay the reduction target to 57 per cent. The Commission will present more detailed guidelines in June.

Climate law negotiated MEP Jytte Guteland said that negotiations also reached an agreement on the net limit. Actual decision reductions must be at least 52.8% and not everything can be offset by, for example, carbon storage or sinks.

According to Guteland, it is good that the negotiations were concluded before the President of the United States begins on Thursday Joe Biden International Climate Conference.

“The EU is showing direction with its decision,” Guteland said at the news conference.

The details of the Climate Act will be clarified in June when the Commission proposes a ten-point bill on climate action. Climate action involves, for example, the renegotiation of sink rules in the lulucf package.

Finland Minister of the Environment Krista Mikkonen (green) states that an agreement on climate law “is a significant step towards a climate-neutral Europe”.

“The majority of emissions reductions should be implemented in the emissions trading sector. The 55% target must be seen as a minimum target, and EU actions and incentives must be dimensioned so that the target is exceeded, ”Mikkonen said in a press release.

As a result of the negotiations, a separate, independent climate panel will also be set up in Europe. The Scientific Advisory Board provides information to support EU decision-making.

European President of the Commission Ursula von der Leyen commented that he was pleased that an agreement had been reached.

“Our political commitment to be the first carbon-neutral continent by 2050 is now also a legal commitment,” von der Leyen said.

“It is a binding commitment to our children and grandchildren,” he continued.

Climate Act the starting point is that the EU will be carbon neutral by 2050. Carbon neutrality means that emissions are produced only as much as can be captured.

However, Member States have disagreed on implementation. Wednesday’s talks did not confirm the commitment of all member states to national carbon neutrality in 2050. Poland in particular has opposed the goal.

Finland’s own goal of climate neutrality is more ambitious than the EU’s goal. The government program has outlined that Finland would be carbon neutral already in 2035.

Climate law is the cornerstone of the EU’s ambitious green development plan. It involves much more than an emission reduction target.

The political agreement still requires final approval from the Council, which represents the member states, and the European Parliament.

Member of the European Parliament who negotiated the Left Group Silvia Modig was disappointed with the outcome of the negotiations.

“According to scientific studies, the target should be closer to 70% if we want to stop global warming at 1.5 degrees. With this entry, we are not on the path of the Paris Agreement. ”

According to Modig, the good thing is that the EU’s 2050 carbon neutrality target is now enshrined in law.

“Too low an ambition today means we will have to fix our climate targets vigorously upwards in the years to come. This is much harder and more expensive for everyone. ”

Member of the European Parliament Nils Torvalds (rkp) participated in the night’s negotiations as a negotiator for his group. According to Torvalds, a framework was now reached in the negotiations, the concrete content of which will become clearer after June.

Torvads considers it particularly important for Finland how to change the sink legislation.

“The current benchmark model has not led to the desired result in many places. It has also been a bad invention for Finland. There is now a possibility that new solutions will be made on the basis of the forest inventory. A lot depends on how the model is built. ”

Sharjah International 26 brings smart people back to the chessboard

The first tulips blossomed in flower beds in Moscow