Climate bill: will the government deal the fatal blow to the Citizens’ Convention? Our debate 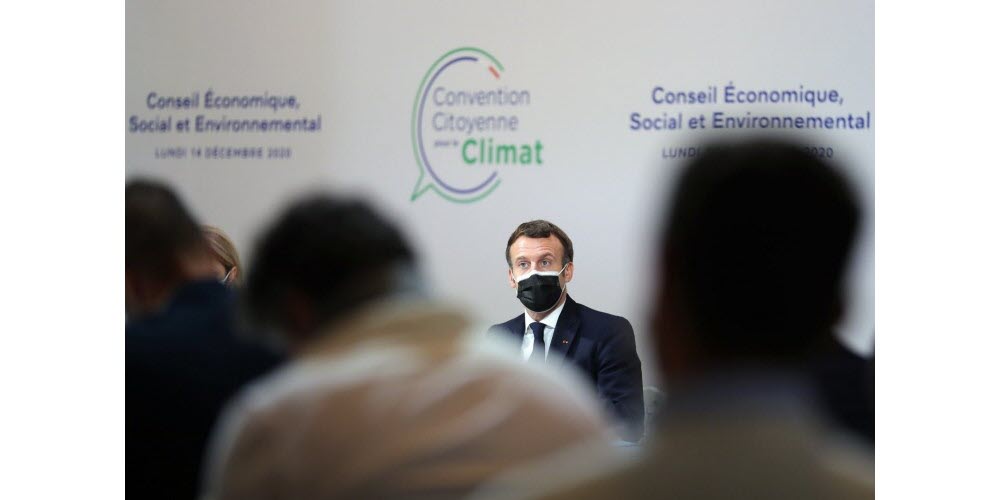 The inability to think about the environmental challenge

From the proposals of the Citizen’s Convention for the Climate, there remains only a cadaveric bill, literally mummified by the Medef. The outer envelope remains, the face of a law devoted to climate, but the organs that could animate it have completely disappeared. Intended to amuse the gallery for a while and temporarily fool the population, this legislative fanfreluche will quickly disappear in the sands of a mandate lost for ecology, like the rest of the climate-energy law passed in 2019.

The dilatory and incantatory registers are shamelessly deployed: devitalized measures (when they are not purely and simply absent from the text) or postponed until later, outside the current mandate, or elsewhere, in the hands of European authorities, collective constraints changed into vague individual incentives, structural reforms amended into empty declarations of intent. Thus the obligation of comprehensive renovation of housing for owners, which has disappeared from the text, the elimination of certain internal air connections, which now only concerns a maximum of 5 lines, or the progressive ban on the sale of vehicles. most polluting vehicles, returned in 2030. While 2020 is the hottest year on record, in France and in the world, Emmanuel Macron mimics Nicolas Sarkozy: “Ecology is starting to do well” from 2011 becomes “The climate, we’ll see later” in 2021.

But it is in his inability to modify the upper cogs of our productive apparatus that Emmanuel Macron’s paralysis in the face of the climate issue turns out to be the most glaring: unlike the citizens of the Convention, it confirms its inability to think about the environmental challenge outside the economic status quo, that of aggressive capitalism, dependent on the exploitation of nature and the waste of its resources, where immediate interest and real interest are tragically confused. Framing dividends to direct investment towards transition? No. Assign binding greenhouse gas reduction targets to multinationals? No. Ban advertisements for the most polluting products? No. Introduce an ecological tax on wealth? No more. In the power of rent, multinationals, merchandise and great fortunes, you will not touch, should an apocalypse of anthropogenic origin follow: such seems to be the first of the commandments followed by Emmanuel Macron, who refuses to consider the measures of the Convention like the Bible (a way of burying the promise to take back its substance without filter and, by construction, the mandate he had entrusted to it).

Finally, it is on sharing the effort that the fight against climate change stumbles today. A sharing of the effort of solidarity as of sobriety that neoliberalism refuses, offering dispensation to the most emitting actors and the best provided financially. However, without social justice, the acceptability of the changes to be made in our lifestyles will remain at best unstable, more likely ineffective, for lack of cohesion. Alas, the president seems rigorously overwhelmed by these requirements: even his promise to establish a food check for the most deprived, designed to allow them access to healthy and sustainable food, is finally removed from the bill.

A slap in the face for democracy and the climate

By Alma Dufour Friends of the Earth Overproduction Campaign Officer

We expected it, but it was still hard to believe it. After having asserted for a year to the 150 citizens, drawn by lot, that he would transmit their proposals to Parliament without filter, would Emmanuel Macron dare to completely reconsider his commitment, a year and a half away from the presidential elections? Yes… and it’s a slap in the face: for democracy and for the climate.

France is sinking into a deep democratic crisis, resulting in an abstention rate of 51% from the first round of the last legislative elections in 2017. It takes, therefore, a sacred dose of cynicism to organize a citizen consultation of more than one year, with the aim of delegitimizing the opposition of the yellow vests movement, but also marches for the climate… to ultimately reject all the resulting proposals.

By refusing, watering down or delaying the implementation of almost all the measures of the Convention, the bill ensures that the ambition to reduce France’s greenhouse gas emissions by 40% by 2030 will not be not reached. A fortiori, it will be impossible for France to meet the new European objective of reducing emissions by 55% by that date. The first feedback from deputy Matthieu Orphelin’s team also shows that only 12% of the initial objective has been reached. Behind these figures hides a chilling reality: we are abandoning the countries of the South to their fate, while they are already impacted for tens of billions of euros by global warming, but also part of the French. Without immediate action, part of the coast will be covered by the sea by 2050 and agricultural yields could drop considerably.

Among the high-impact measures evacuated: the taxation of chemical fertilizers, which are largely responsible for emissions from the agricultural sector. The government of Emmanuel Macron proposes to postpone the measure of the Citizens’ Convention to 2024, once the five-year term has ended.

It is to be welcomed that the 50% reduction in artificialization is indeed opposable. But the moratorium on shopping areas has fallen sharply. E-commerce warehouses are excluded, despite evidence that they are massively destroying net jobs and polluting even more than mass distribution. In addition, for commercial areas of less than 10,000 m 2, 80% of projects can still be authorized under conditions.

Airport extensions will be permitted if they do not require expropriation from individuals or companies – which is the case for the Roissy T4 project – or if it is proven that their impact on the climate will not be ” negative ”, including carbon offsetting in this calculation. Yet it is scientifically impossible to offset the sector’s emissions by 2030 by planting trees.

How can Emmanuel Macron assume to sabotage the work of “his” Convention in this way? Perhaps because his turn to the right for the next election seems to be taking shape. Perhaps he is also banking on the sleight of hand of the referendum to integrate the climate into Article I er of the Constitution and, once again, shift the political responsibility onto others. If the dominant media seem ready to play this score, let us be happy that the French are not fooled; 75% want the victory of yes, but 62% believe that it is a political maneuver, and 55% consider the ecological record of the government bad.

The observation is clear, clean and flawless: the climate bill does not meet the objective of a 40% reduction in greenhouse gas (GHG) emissions by 2030, of which France is ‘is legally endowed. It is not the NGOs who assert it, but the impact study of the climate bill which recognizes that only a small part of this objective will be achieved if the (half) measures proposed by the government are implemented.

The government’s bill is therefore outside the law: it does not respect the law in force. At a time when the state is being sued for climate inaction, the executive persists and signs: it postpones what should be done today, ratifying a form of institutional procrastination with extremely serious consequences. In climate matters, any delay taken is the cause of climate crimes.

Here is a paroxysmal setting in abyss of the incredible inventiveness of those and those who do everything to delay as much as possible the necessary climate revolution: how indeed to characterize an executive which, while affirming to be at the forefront of the fight for the climate, s has been working for weeks to undermine the plan to fight against global warming that he himself has ordered from 150 citizens in order to meet the commitments he has set for himself?

Establishing the list of abandoned or watered down measures amounts to enumerating how much our senior administration is endowed with unparalleled creative and ingenious power: political scientists and historians undoubtedly have years of work to elucidate how so many measures have been emptied of their substance. by sleight of hand, all coarser than skilful. To the three already questionable initial presidential jokers were added countless ones.

Indigent on the thermal renovation of housing, distressing on automobile and air transport, non-existent on the in-depth transformation of our production system, this bill proposed by the executive reveals to everyone the political lesson to be learned. : there can be no ambitious climate policy without touching the power of lobbies, the powers and acquired rights of multinationals or the rules that organize our economy.

Emmanuel Macron and his government refuse to do so. There is no question of disrupting the economic game, which has been completely upside down since the start of the Covid-19 pandemic. To the regulatory standard, they prefer the financial incentive without conditionality. For the obligation of result, they substitute voluntary non-binding commitments. To the emblematic and effective measures which they abandon, they oppose symbols without effect.

In terms of ecology, the doctrine of the executive is no longer an illusion. Let us therefore thank the 150 members of the Convention, by their serious and robust work, for definitively lifting the veil on the reality of Emmanuel Macron’s commitment: behind a well-found hashtag (#MakeOurPlanetGreatAgain), to change the face of Donald Trump, in fact takes pleasure in the one who has always preferred to attract traders from the City, rather than disarm climate criminals.

However, in climatic matters, we cannot be satisfied with being a little better than the neighbor: in a class of dunces, even the best of students – a status that France claims on a global scale – remains a dunce. A dunce now flushed out which shows where the shoe pinches: climatic inertia is that of those who lead us – and satisfy the interests of lobbies – and not that of the greatest number as they like to make us believe.

Author of Come out of the fossil age! Manifesto for the transition (Threshold, 2015). 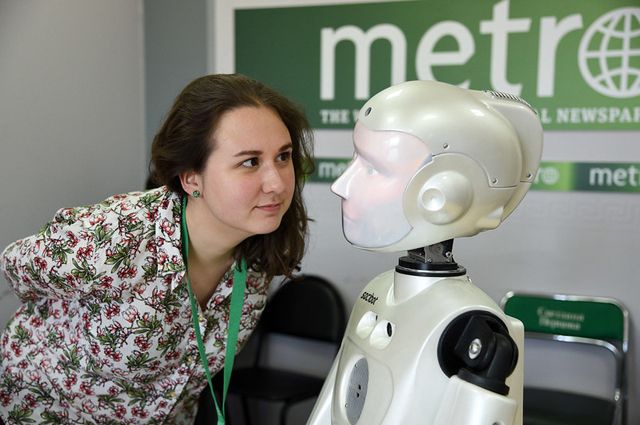 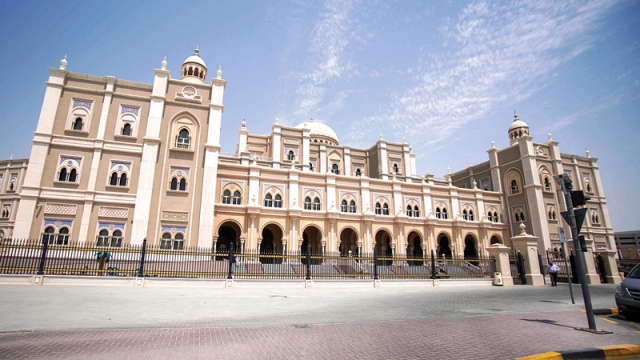 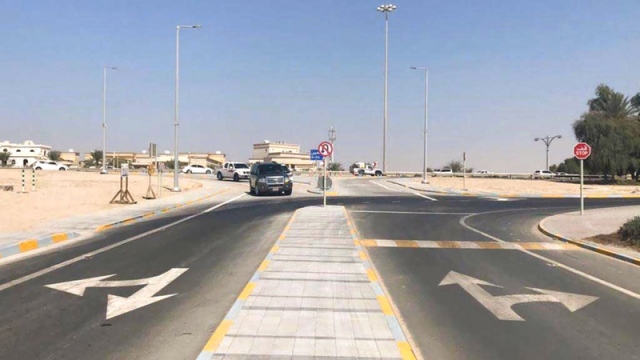 ElPozo, for the fifth in a row on the bottom track

Borders to Austria and the Czech Republic: Almost very close