Climate agreements and the Glasgow summit .. What happened before today?

With every summit held over the past years, the question remains: Have the warnings of previous summits lifted, and the countries of the world realized that they are at a dangerous juncture that must be confronted together?

From Stockholm to Glasgow

The world is meeting in Scotland to try to take pledges from the 197 countries participating in the “Glasgow” summit to commit to reducing carbon emissions, and maintaining the Earth’s temperature at 1.5 degrees Celsius, otherwise destruction will be the title of the next stage.

Since the 1972 conference, hosted by Stockholm, Sweden, on the human environment, which was attended by 113 delegates and two heads of state, there have been many international environmental agreements.

This agreement covers the water quality of the Great Lakes 1978; the 1979 Geneva Convention on Long-Range Transboundary Air Pollution; the 1985 Helsinki Agreement (which led to 21 countries committing to reduce sulfur dioxide emissions); the Montreal Protocol on Substances that Deplete the Ozone Layer of 1988; and the 1989 Basel Convention on Transboundary Movements of Hazardous Wastes.

This kind of international cooperation was what the Rio Conference in 1992 sought, but on a larger scale.

In the following lines, we review the history of previous summits, from Rio de Janeiro to the Glasgow summit, and what they resulted in from warnings about the climate, and to what extent the countries of the world adhered to these warnings.

In 1990, the United Nations met in London, and concluded that increasing levels of greenhouse gases had raised the Earth’s temperature.

In Rio de Janeiro in 1992, specifically from June 3 to 14, it included the first official action where the participating countries signed a framework agreement at the “Earth Summit” to reduce greenhouse gas emissions.

The Earth Summit had many great achievements: the Rio Declaration and its 27 Global Principles, the United Nations Framework Convention on Climate Change, and the Convention on Biological Diversity; and the Declaration of Principles for Forest Management.

All countries attending the conference issued a resolution obligating them to “conserve and sustainably use living marine resources on the high seas.”

The summit set oceans as a goal of environmental protection in the 1990s, and Agenda 21 commits countries to conduct long-term collaborative research to improve the quality of information about the oceans and thus improve their effective management.

The Kyoto Protocol was adopted on December 11, 1997, but it entered into force in February 2015. Currently, there are only 192 parties to this protocol, and it works to activate the United Nations Framework Convention on Climate Change.

However, this protocol has a major crisis. Because it binds developed countries only, and places a heavy burden on them under the principle of “differentiated common responsibility and special capabilities,” because it recognizes that they are largely responsible for the current high levels of carbon emissions in the atmosphere.

The protocol sets binding emissions reduction targets for the 37 industrialized countries and economies in transition and the European Union, at that time.

These targets add up to an average emissions reduction of 5 percent over 1990 levels over the five-year period 2008-2012.

On December 8, 2012, an Arab country’s amendment to the Kyoto Protocol was approved for a second commitment period, starting in 2013 and continuing until 2020, however, the amendment has not yet entered into force.

The amendment included new commitments for the Kyoto Protocol listed parties who agreed to take on commitments in a second commitment period from January 2013 to December 2020.

During the second commitment period, parties committed to reduce greenhouse gas emissions by at least 18 percent below 1990 levels in the eight-year period from 2013 to 2020.

According to the United Nations report; Parties to the obligation are required to report by submitting annual emissions inventories and national reports under the Protocol at regular intervals.

All of the above led to the 2015 Paris Agreement, which for the first time succeeded in securing a global climate agreement.

The agreement came after negotiations held during the United Nations Climate Change Conference 21 in Paris, which European countries (which had previously objected to the export of the largest carbon emissions due to the industrial revolution) considered an appropriate, balanced and legally binding agreement.

What is striking about this agreement is the ratification of the agreement by all the delegations of the 195 countries attending the conference, which has not happened before.

A minimum value of $100 billion has been set in climate aid for developing countries annually, and this amount will be reviewed in 2025 at the latest.

However, most reports and surveys indicate that since 2015, the United States has fulfilled its promises of only $80 billion, and there are estimates that indicate less than that. 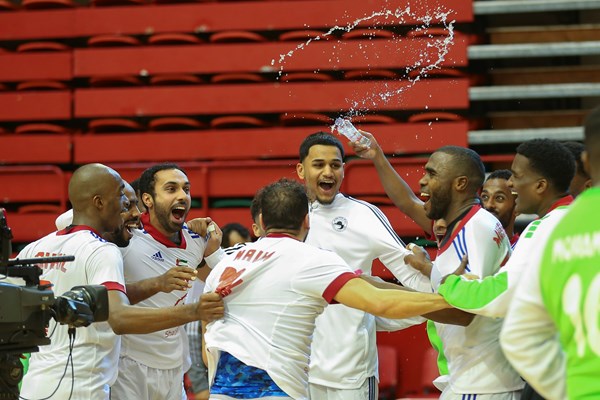 Anthony can and can handle fire

Allegri, his “short snout” enters the Treccani. It all started after a blow