Cleaning opponents of the electoral ballot: the new repressive modality of Ortega and Murillo 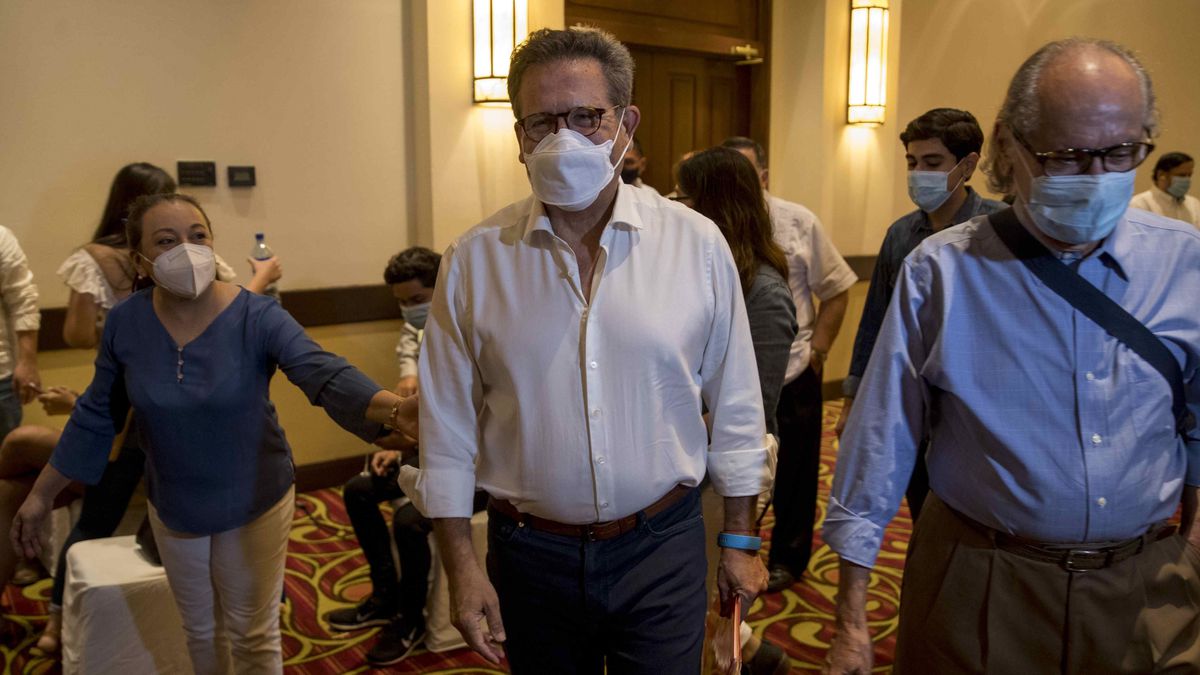 The house arrest and the cause opened for the alleged money laundering crime that the Government of Daniel Ortega and Rosario Murillo imposed on Cristiana Chamorro to disable her presidential candidacy is part of a new repressive modality in Nicaragua, whose main objective, as summarized by the historian Dora María Téllez “is to wipe all existing opposition candidates off the ballot.” The affirmation of the also ex-guerrilla took more force this Saturday, when the police arrested another presidential candidate at the Managua international airport: Professor Arturo Cruz for “having strong indications that he has attacked Nicaraguan society and the rights of the people. ”.

Cruz, who was returning from a trip to the United States, was arrested under the Law for the defense of the people’s rights to independence, sovereignty and self-determination for peace, a regulation that punishes those who “incite foreign interference in internal affairs, request military interventions and organize themselves with financing from foreign powers.” In other words, a law for opponents who celebrate or promote international sanctions against the Ortega-Murillo government.

This law is part of other punitive laws approved by the Sandinista regime in 2020 with a view to the electoral process, which, combined with the perennial state of police siege, have surrounded the opponents. The other laws are the life sentence, the Cybercrime Law (aimed at journalists) and the Foreign Agents Law. A legislative cocktail that Ortega is currently using to make way for his third consecutive re-election at the hands of his wife, further lengthening the socio-political crisis that the country has been going through since April 2018, when social protests broke out.

The case of Cristiana Chamorro, the most sympathetic candidate, according to the polls, almost completely illustrates this strategy that guarantees the presidential couple their perpetuation in power. Hours after Chamorro signed up for a mechanism to elect the sole opposition candidate, the Public Ministry de facto inhibited her candidacy, based on an investigation of alleged money laundering that weeks ago they opened against her and the Violeta Barrios de Chamorro Foundation. The NGO dedicated to the promotion and strengthening of journalism closed last February to avoid submitting to the Foreign Agents Law, which criminalizes international cooperation.

Despite this, the Violeta Foundation was indicted along with Chamorro, who had resigned before the organization’s closure to launch his presidential candidacy. Chamorro was profiled as the candidate capable of uniting the opposition divided into two blocks. After more than a year of differences, the opponents seemed to begin to find themselves under the box of the Citizens for Freedom Alliance, agree on a single candidate and go to elections with the slogan of conditions of transparency and competitiveness.

Just as opposition rifts were dissipating, Ortega broke in with a two-way strategy. On the one hand, control of the system was ensured with a reform to the electoral law tailored to it, according to experts in the field, and endorsing control of the questioned Supreme Electoral Council with magistrates loyal to it. On the other hand, the inhibitions of candidates rose with the arrest of Cristiana Chamorro, and was surprisingly followed by Arturo Cruz, who between 2007 and 2009 was the Sandinista regime’s ambassador in Washington.

Now, the blockade of another very popular candidate is looming: Félix Maradiaga, who during the social protests was already indicted on charges of “terrorism” and financing from drug trafficking, two accusations that Sandinista justice could never prove. The argument for inhibiting Maradiaga is the Manichean interpretation of Article 147 of the Constitution, according to the claim of the affected party. This article establishes that in order to run for president, one must “have continuously resided in the country for the four years prior to the election.” Maradiaga was forced into exile in 2018, after a brutal beating in the city of León and an arrest warrant against him.

“There are arguments so that Maradiaga’s situation is not applied to the letter, because in the Constitution there is a void in relation to the causes for which a person is outside the country, in the sense of a political exile. Maradiaga never changed his address and when he was able he returned to the country ”, explained Yader Loza, an expert in electoral matters. “Regardless of what the law says or does not say, in Nicaragua there is no law … for the Government the only law is what the president and vice president say.”

Opponents under house for jail

In addition to this, the regime keeps the applicants Félix Maradiaga, Juan Sebastián Chamorro and Medardo Mairena under house arrest, who for now have no open judicial charges. All these opponents and others of greater leadership are watched 24 hours and seven days a week by police contingents.

“These unfounded accusations, just five months before the general elections, are part of a campaign aimed at inhibiting opponents from the exercise of popularly elected positions, by a regime that tries to stay in power at all costs” , the Citizens for Freedom Alliance claimed this Saturday, after the arrest of Cruz was known, who has stood out as an Incae Business School professor.

Cruz was detained a day after the United States promised more sanctions in retaliation for the house arrest in isolation in which they kept Cristiana Chamorro.

“They are already determined to make an electoral farce and with this they have to inhibit all the candidates, remove all the parties that want to be the opposition and be left alone,” said Dora María Téllez. Proof of this has been the inhibition of one of the boxes where the National Coalition planned to run, one of the opposition blocs that emerged in 2018. The Supreme Electoral Council removed the Democratic Restoration Party (PRD) from the race for religious reasons. Two days later, he also stripped the Conservative Party (PC) of its legal status. The Ortega-Murillos are saying “I am going to stay in power with fire and blood.” That’s what they say, ”says Téllez, also persecuted by the Government.