Claudio ‘Chiqui’ Tapia: ‘Behind Messi’s first title there is a great group’ 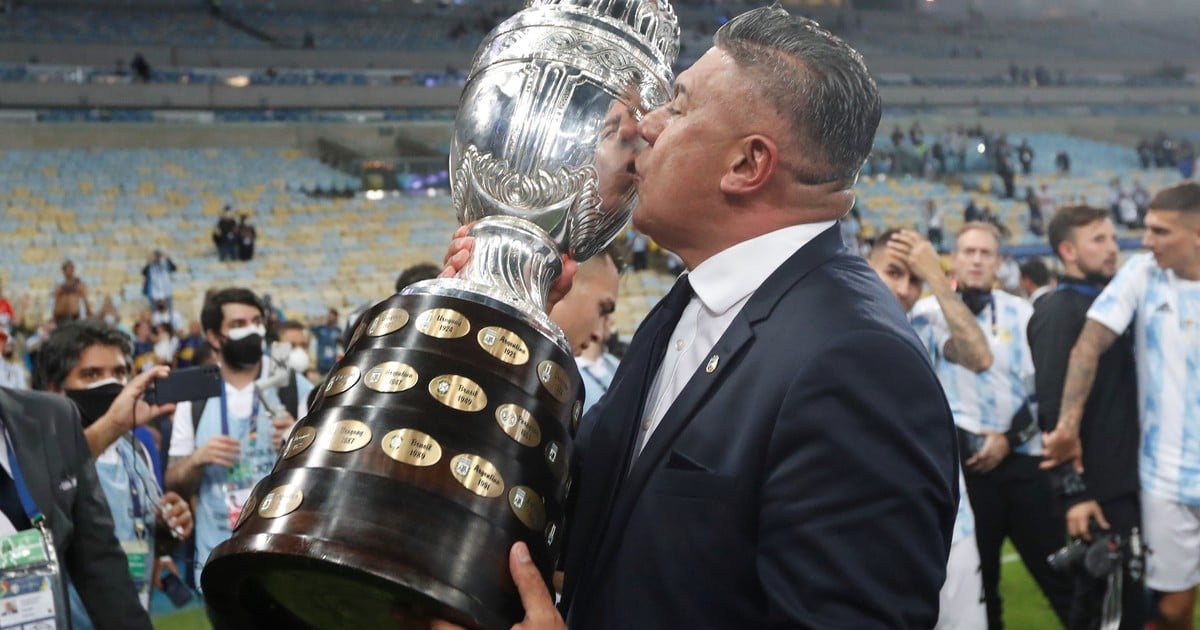 The president of the Argentine Football Association (AFA), Claudio “Chiqui” Tapia, affirmed this Sunday that “behind the first title” won by Lionel Messi “there is a great group and a great job from the coaching staff.”

After the victory against Brazil by 1 to 0, which allowed the national team to conquer the Copa América at Maracana, Tapia vindicated the decision to bet on the technical director Lionel Scaloni after the elimination in the 2018 World Cup in Russia.

“Groups lead to sporting success. It was a difficult decision to have chosen Scaloni because many did not accompany us. But the entire Executive Committee was sure of the decision and Today we have a title that was not earned for a long time“, stressed the leader.

Argentina beat Brazil 1-0 at the Maracana with a goal from Ángel Di María and ended a 28-year drought without titles.

“Many good things come to mind. Today you can see the project that began four and a half years ago. Behind Messi’s first title there is a great group and a great job from the coaching staff “, he considered.

The triumph “I dedicate to all Argentines who are happy, to my entire family and to this group. They are the great architects of this,” he expressed in dialogue with TyC Sports at the exit of the stadium.

The head of the AFA highlighted the effort made by the players who left their family. “That is the greatest greatness and thanks to that today we have a sporting achievement that all Argentines celebrate.”

Tapia stressed the importance of this title for the 2022 World Cup in Qatar. In this sense, the leader expressed his wish that “Argentina grows and can be a protagonist” in the next edition of the World Cup.

On this issue, the AFA head stressed that Scaloni had the experience to be the coach of the National Team and valued his “leadership in the group.”

“Leadership is what leads to sporting successes,” reflected the leader, who insisted that “this cup is good for Argentine soccer.”