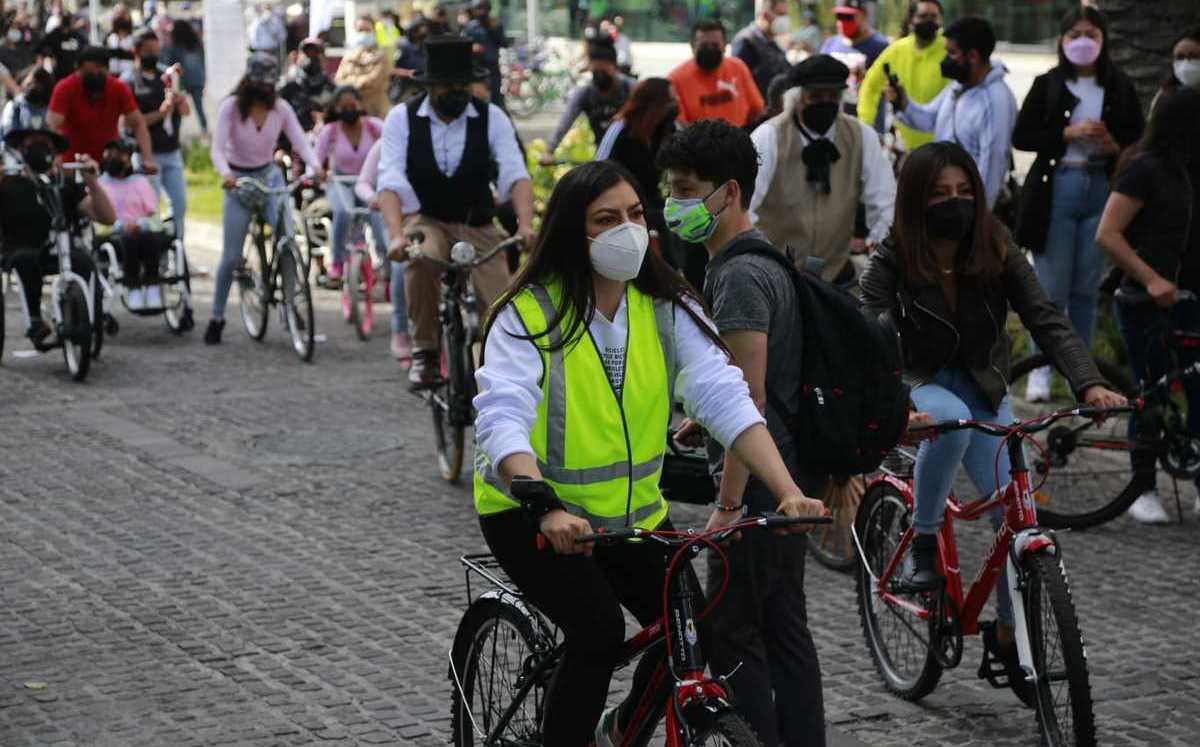 The municipal president Claudia Rivera Vivanco delivered a vehicle fleet of 128 bicycles to promote mobility in the capital and so that more families from Puebla can enjoy the Recreational Route every Sunday.

In the Los Frailes Fountain The mayor stressed that citizens should not adapt to public spaces, but spaces to citizens, for this reason bicycles were delivered for people with disabilities, mothers and infants.

“In this premiere of the Mobility Vehicle Park with adapted bicycles that we had already acquired before the pandemic and today we can start this exercise, but we are also adapting to the circumstances that happen to us in life and I want to highlight the commitment and do not have to adapt people to spaces “, emphasized the mayor.

Likewise, he indicated that they are bicycles adopted for people such as some disability for inclusive mobility, therefore the way of enjoying spaces and life is expanded, since 32 of this park are adapted and 96 are conventional, which will be accessible to the people who participate from the Los Frailes Fountain to the capital’s Zócalo.

In this context, he indicated that It is intended that the Recreational Route reached the municipality of San Andrés Cholula and that this is the last Sunday of each month, which allows greater integration to have better mobility.

“Today we do it in a recreational way, remembering that spaces are being adapted for better mobility, especially for people who are in a complex situation and who have to be there for their independence to be exercised,” said Rivera Vivanco.

In turn, the director of the Municipal Sports Institute, Yolatl Dioney Cuanal Cerezo specified that there are 128 units with an investment of 590 thousand pesos, with the aim that people have a better quality of life through exercise.

In an interview with Gabriel Enrique Cordero Díaz, a person with a disability, he pointed out that it is very useful and everything adds up so that he can exercise, for that reason he made the tour in 17 minutes, which makes him carry out movement for his therapies, “everything He adds up and helps us to work the trunk and the little run was good, I did 15 to 17 minutes “.