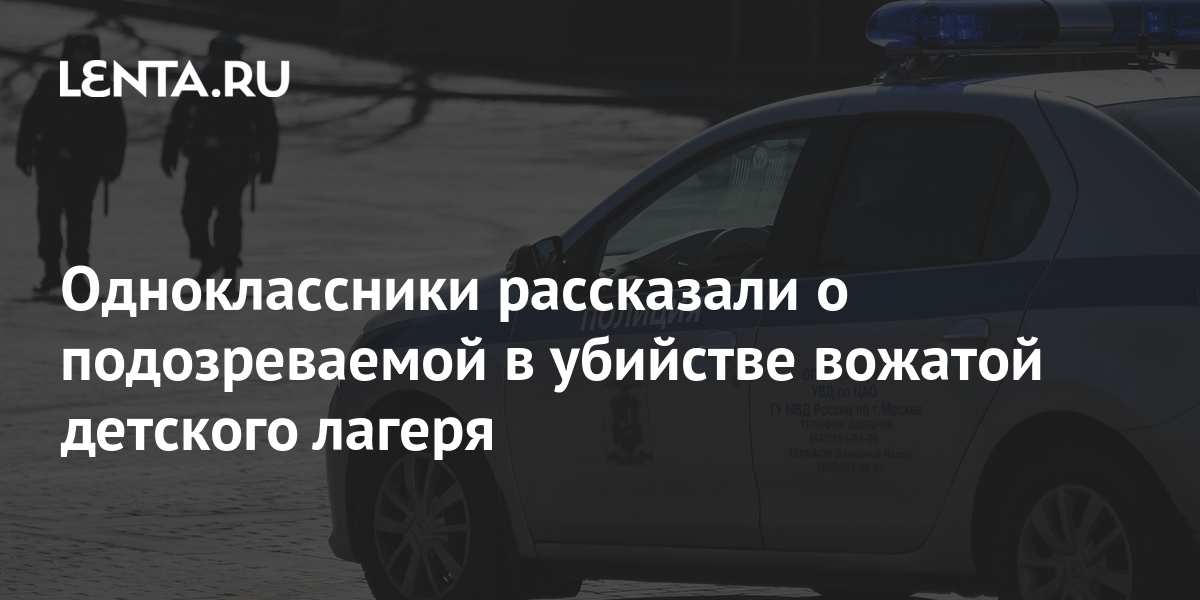 Classmates of Alexandra Osipova, a counselor of a children’s health camp in the Moscow region, who was detained after the murder of her colleague Alla Filatova, said RIA News about her character.

According to one of the suspect’s former classmates, at school, Alexandra practically did not communicate with other students and often drank.

Another ex-classmate of the suspect added that once Osipova drank vermouth right at school during the break. She noted that in high school almost no one paid attention to Alexandra, and after graduation, Osipova even stopped greeting her former classmates. At the same time, the girl said that the suspect at school was engaged in bullying, stressing that it was difficult to call her “good-looking”.

Earlier, the mother of the camp counselor, who was detained after the murder of her colleague, reported the problems of her daughter. According to the mother of the suspect, fearing expulsion from the university, where she studied to be a teacher in computer science, the girl went to practice in the camp. There she was uncomfortable – she was periodically brought to tears. Relationships in the team did not work out, the children did not obey.