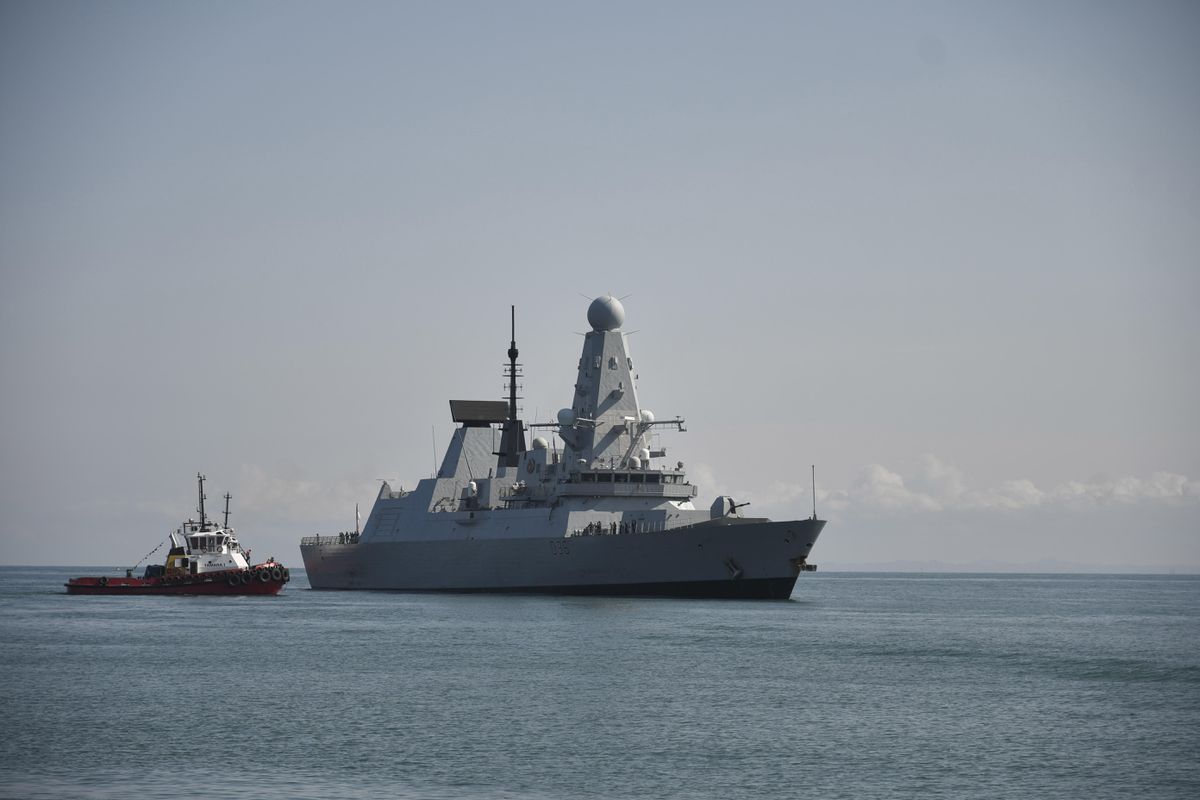 The anonymous citizen who discovered a pile of soggy documents last Tuesday at a bus stop in Kent (United Kingdom) immediately understood that it was something serious and handed them over to the BBC. It was, according to the British public channel, classified material from the Ministry of Defense. It included an analysis of the possible responses of the Government of Vladimir Putin to the presence of the destroyer. HMS Defender off the coast of Crimea, in territorial waters of Ukraine. Twenty-four hours later, Russian coast guard ships fired warning salvos at the ship, and one of the most sensitive incidents between NATO and Moscow unleashed since the end of the Cold War. The Ministry of Defense attributes the loss of such sensitive material to the carelessness of an employee and has opened an investigation, but has not wanted to answer the BBC’s questions about the content found, “because it would not be appropriate”.

The documents exposed how the Johnson government had a possible Russian reaction to the presence of its ship, and had analyzed possible alternative routes. They also included plans to maintain a British troop presence in Afghanistan when the NATO-led mission to that country ended.

Moscow said Wednesday that one of its ships had fired “warning fire” at the British destroyer to get it out of what it considers to be its territorial waters. Russia illegally annexed Crimea seven years ago with a referendum not recognized by the international community, and considers a large area off the peninsula as its waters, which it closed to foreign warships in April and has become a zone of friction. The Black Sea is considered a geostrategic zone by both Russia and NATO – Bulgaria, Romania and Turkey have waters. The British Ministry of Defense denied the incident, but its version was contradicted by a BBC journalist, Jonathan Beale, who was on board the HMS Defender and heard the explosive charges.

Documents found in Kent show how the Defense Ministry studied two possible routes. One of them, described as “a safe and professional direct transit from Odessa to Batum”, would serve to demonstrate London’s support for the Government of Ukraine. “It would provide an opportunity to collaborate with them, and it would be the recognition of the United Kingdom that it is about Ukrainian territorial waters,” says the text. Analysts contemplated three possible responses from Moscow, ranging from a “safe and professional” reaction to one that was “neither safe nor professional.”

The alternative route, which would have avoided any confrontation, was discarded because it would be used as proof that “the United Kingdom was fleeing in fear” and that it implicitly recognized Russian sovereignty over the territorial waters of Crimea. The papers discovered in Kent, the BBC concludes, would demonstrate that the British Government wanted to make a deliberate show of support for Ukraine, despite the possible risks that such a move posed. Most of them are classified as “sensitive official material”, a low level of security, given the need for the information to be shared and known within the Government. One of the documents, however, is classified as Secret UK Eyes Only (secret for the exclusive knowledge of the United Kingdom) and discusses the permanence of British troops in Afghanistan, at the request of the US Administration of Joe Biden, once the Resolute Support operation concludes led by NATO in that country. The BBC has decided not to publish the most sensitive parts that could endanger the lives of UK military personnel and other allies in the area.