Ciudadanos approaches the abyss after losing representation in Madrid 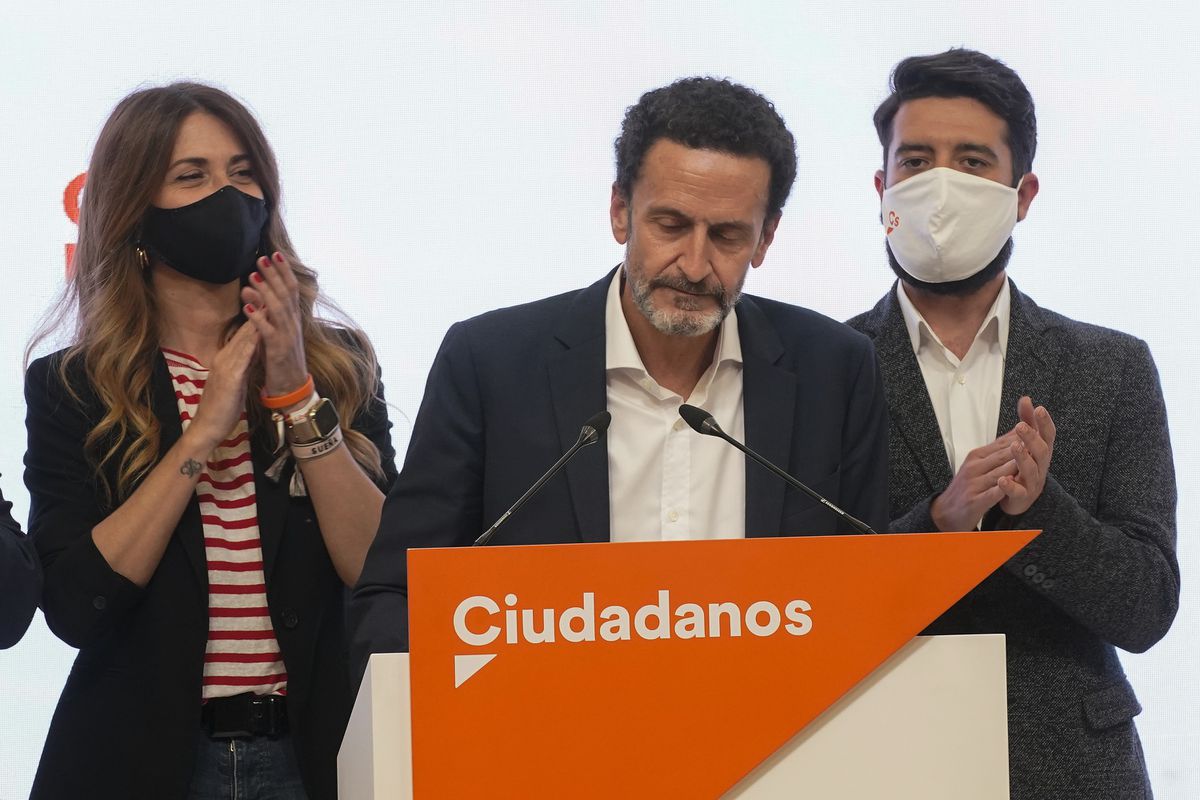 An unmitigated failure. The polls in Madrid on Tuesday gave the last straw to the Citizens’ crisis, which has not raised its head since Albert Rivera resigned in November 2019 after losing 47 seats in six months in a dizzying rise and fall in Spanish politics. Ciudadanos approaches the abyss and becomes an extra-parliamentary formation in Madrid, after having governed the autonomous community in coalition with the PP for the last two years, going from 26 seats to zero.

Ciudadanos has paid in Madrid for a political movement started in Murcia 54 days ago. The motion of censure that the party of Inés Arrimadas presented in that autonomous community to try to seize power from the PP has become like a boomerang against the liberal formation, which has ended up losing, in addition to the Government of Murcia, all its representation in Madrid, in an election that Isabel Díaz Ayuso called as a result of that initiative. With a stroke of the pen, Cs has gone from the Government seats of Puerta del Sol, where the regional Executive has managed in coalition with the PP for the last two years and held the vice presidency, to becoming a formation without representation in Madrid. Its 26 seats in the Assembly have vanished in a new electoral debacle that leaves the party mortally wounded.

Edmundo Bal’s candidacy barely reached 3.49% of the votes (108,321 ballots), with 86% counted and failed to overcome the 5% barrier that separated victory from failure. The result is far from the 629,940 votes (19.46%) and 26 seats that the party won in the elections just two years ago. But also of the 17 seats that the brand registered in 2015, or of the eight seats of its predecessor UPyD in 2011. Bal’s campaign, which replaced in extremis Ignacio Aguado as head of the list to try to save the party, could not revive a project that most of the polls soon considered amortized, in a kind of self-fulfilling prophecy. At the top, they pointed Tuesday night to that implacable opinion framework generated by the polls as one of the factors that activated the useful vote for the PP and ended up bleeding them towards the conservatives.

Until the last moment, the national leadership hoped that the miracle would happen, but the ballot boxes gave a bath of reality. The team closest to Inés Arrimadas defends that the party has had a good campaign, without making mistakes as in the case of the Catalans, and that no one disputes the good performance of the candidate. However, the party has suffered a “perfect storm”, with a series of setbacks that begin on November 10, 2019, in the generals’ crash and the resignation of Albert Rivera. “This party was dead in November,” say sources from the top leadership, who point out that after that coup the brand had to face many consecutive electoral processes —Galicia, the Basque Country, Catalonia—, which “caught them very weak on oars”. And after that, the “turning point of Murcia”, with a failed motion of censure that caused the loss of two of the four autonomous governments and the activation of the PP OPA with the departure of fifteen party leaders.

Even during the Madrid campaign one of its main figures, Toni Cantó, made the leap to the PP. In any case, the leader’s team argue that it is not fair to attribute all its failure to the Murcia movement, because Ayuso had long planned to press the electoral advance button. And they affirm that an unusual phenomenon has also operated in Madrid, “the ayusism”, Which transcends the PP. “It is Evita Perón”, they lament in Cs about the president.

Ciudadanos has also succumbed to an impossible campaign. The party tried to activate a strategic vote of the center-right electorate that was afraid of Vox, presenting itself as the partner who would center Ayuso. However, according to data from a survey by Metroscopia for EL PAÍS, 8 out of 10 voters of the PP approve a pact with Vox and, in addition, prefer the extreme right as a partner over Cs.

The party has chained crisis and has not taken off since the resignation of Rivera, who has been characterized by a resounding silence in this campaign without supporting a project that he led for 14 years. After the electoral blow, the main challenge that Cs now faces is to resist the omens that give him up for dead and a possible new rout of charges to the PP.

The Head of State: Our valiant armed forces are the fortified shield of the nation, its safety valve, and the protector of its gains

Ramos will be in London