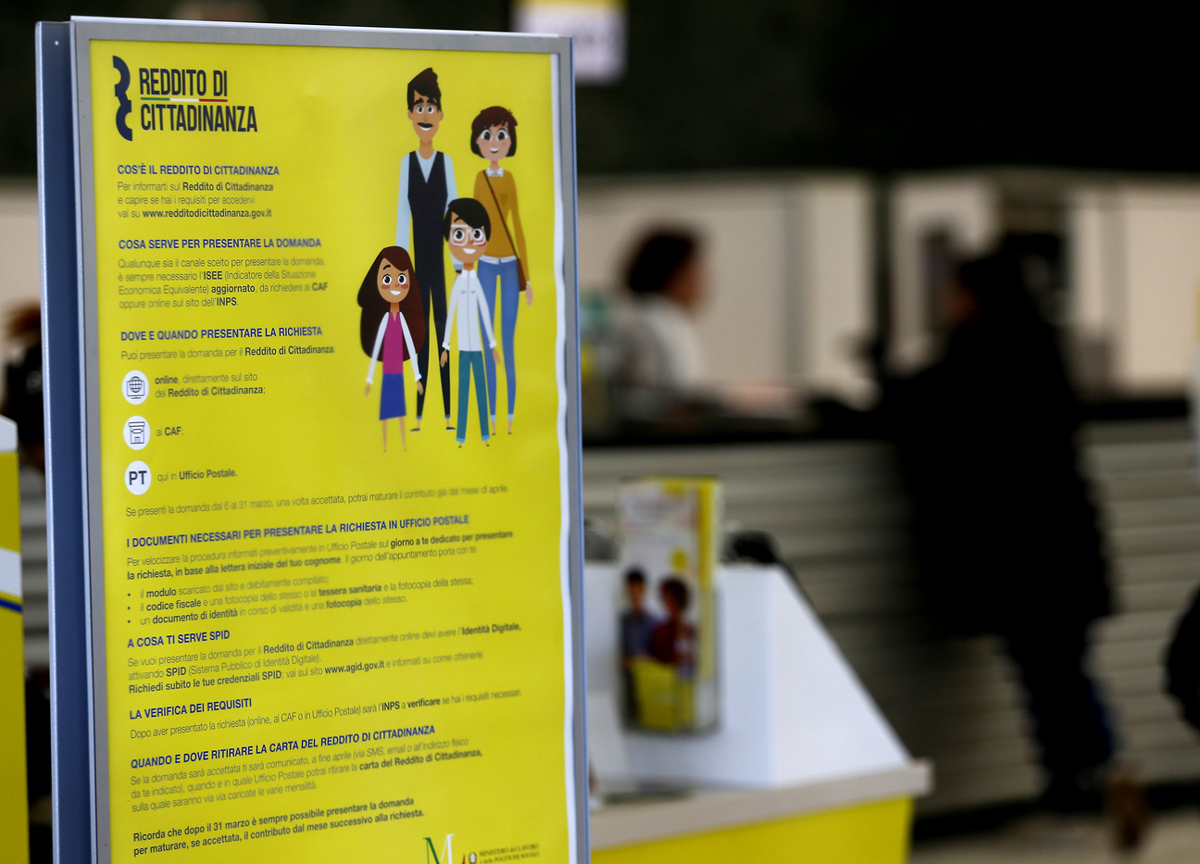 In the month of July 2021, i households earning citizenship income were 1.24 million, while I citizenship pension recipients were 133 thousand, for a total of 1.37 million nuclei e over 3 million people involved. TheInps in a note pointing out that the distribution by geographical area sees 595,000 beneficiaries in the North And 431,000 to the Center, while in the South and Islands area it exceeds 2 million earners.

The nuclei consisting of three and four people prevail, respectively 138,000 and 141,000. There are about 449,000 households with minors, with a number of people involved equal to almost 1.67 million, while households with disabled people are 232,000, with 542,000 people involved. The average amount disbursed nationwide in July 2021 is 548 euros (579 euros for the RdC and 267 for the PdC). The average amount varies significantly with the number of members of the family unit, passing from a minimum of 447 euros for single components to a maximum of 702 euros for families with four members.

The audience of citizenship income and citizenship pension recipients is made up of 2.6 million Italian citizens, 327,000 non-EU citizens with EU residence permits and 122,000 European citizens. In the first seven months of 2021, revocations reach the number of almost 74,000 and forfeits are 213,000. The decree-law 41/2021 art.12 paragraph 1 provided for the recognition, on request, of a further three months of Emergency Income, for the months of March, April and May 2021.