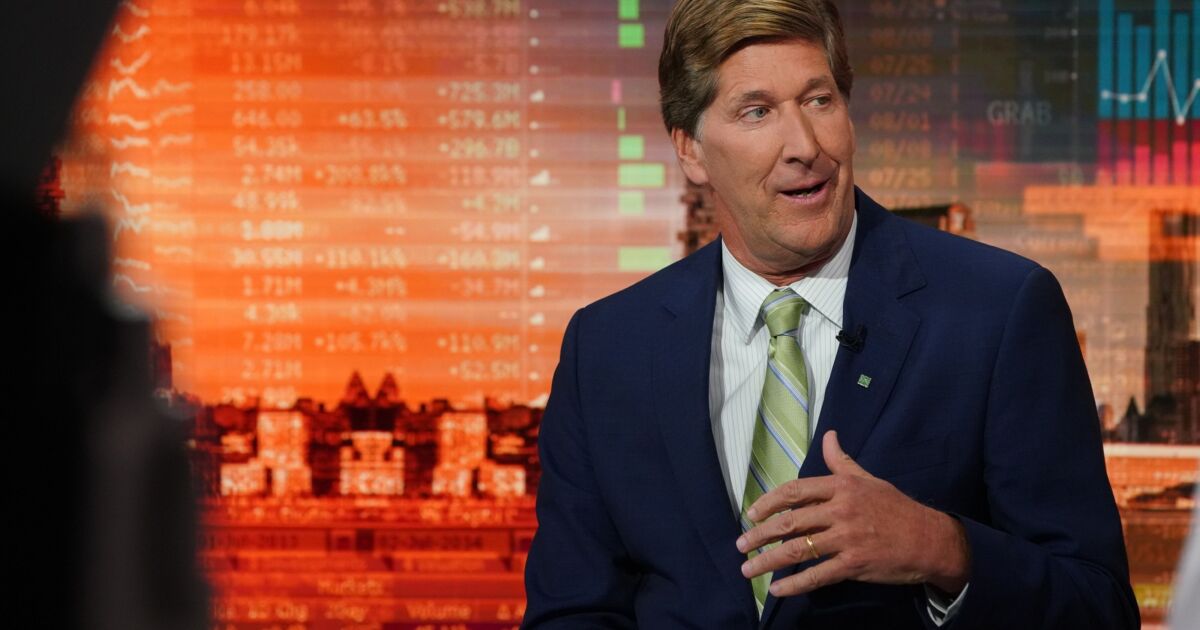 Citizens Financial CEO Bruce Van Saun says “there’s a race for scale” in the banking industry and that more banks — including his own — may need to consider mergers and acquisitions to remain competitive.

The $183 billion-asset Citizens has long favored nonbank acquisitions over bank M&A, and on Van Saun’s watch it has picked up a number of smaller firms specializing in wealth management, mortgage lending and other advisory services. The Providence, R.I., company has also invested heavily in building out a digital banking franchise, dubbed Citizens Access.

But when asked about bank M&A on a conference call with analysts Wednesday, Van Saun said, “We’re certainly open to it.”

“We’d have to see something that made a lot of sense from a financial standpoint, customer base capabilities, geography for us to move in that direction,” he said. “But…we’ll kind of keep the periscope out and see if there’s anything that makes sense.”

Van Saun, who is also chairman, reiterated those remarks in a follow-up call with American Banker, Van Saun, adding that the company also continues to eye deals for fee-based businesses, including wealth management firms and, to a lesser degree, M&A advisory firms. Citizens had a relatively quiet year for nonbank deals in 2020, buying one restaurant advisory shop in February, but did engage in a number of talks for wealth management firms that simply didn’t pan out, Van Saun said.

Even if Citizens doesn’t swing a deal, Van Saun said he expects industry consolidation to accelerate in 2021, as banks struggle to grow revenue at a time when loan demand is weak and interest are at or near all-time lows.

“There’s a strong possibility we’ll see more consolidation, particularly at the smaller end. Whether more super regionals play, we’ll have to see,” Van Saun said. “Certainly when you’re in a low-rate environment with a flat curve…that could be a catalyst to some deals.”

In reporting fourth-quarter results, Citizens said net income ticked up 1% from the same quarter in 2019, to $456 million. Earnings per share of 99 cents were eight cents higher than the mean estimate of analysts surveyed by FactSet Research Systems.

Revenue increased 4% year over year, to $1.7 billion, as higher fee income made up for softer net interest income.

Net interest income declined 1% to $1.1 billion, largely due to the interest rate environment. Citizens’ net interest margin narrowed 31 basis points from the same quarter in 2019, to 2.75%.

Total loans and leases rose 3% to $123 billion, largely due to Citizens’ participation in the Paycheck Protection Program. Executives said that its education refinance business also contributed to loan growth and that they expect that business to hold up well in the low-rate environment.

Net charge-offs declined 13% from the prior quarter to $190 million. Citizens recorded a provision for credit losses of $124 million, mainly to cover new originations, compared with $428 million in the third quarter.

Lower credit costs should also help to offset an expected decline in mortgage banking revenue in 2021, executives said. Van Saun said mortgage banking income is likely to decline simply because that business had a particularly strong year in 2020 that he called “kind of unrepeatable.”

Van Saun said he also expects capital markets income to remain strong and foresees some rebound in credit and debit card fees, which have declined as spending slowed during the coronavirus pandemic.

Executives also said that Citizens’ merchant finance business, in which the company provides point-of-sale finance for products like consumer electronics, has held up well through the pandemic.

“That portfolio was operating essentially like there’s no recession going on around us,” Brendan Coughlin, Citizens’ head of consumer banking, said on the company’s conference call.

Van Saun added later that Citizens has just secured a new merchant finance partnership with “a major retailer” that will be announced in the coming weeks.

An exultant Rayo faces the queen stage: Mallorca and Espanyol