‘Citizen action continues to be null, indifferent and permissive’ 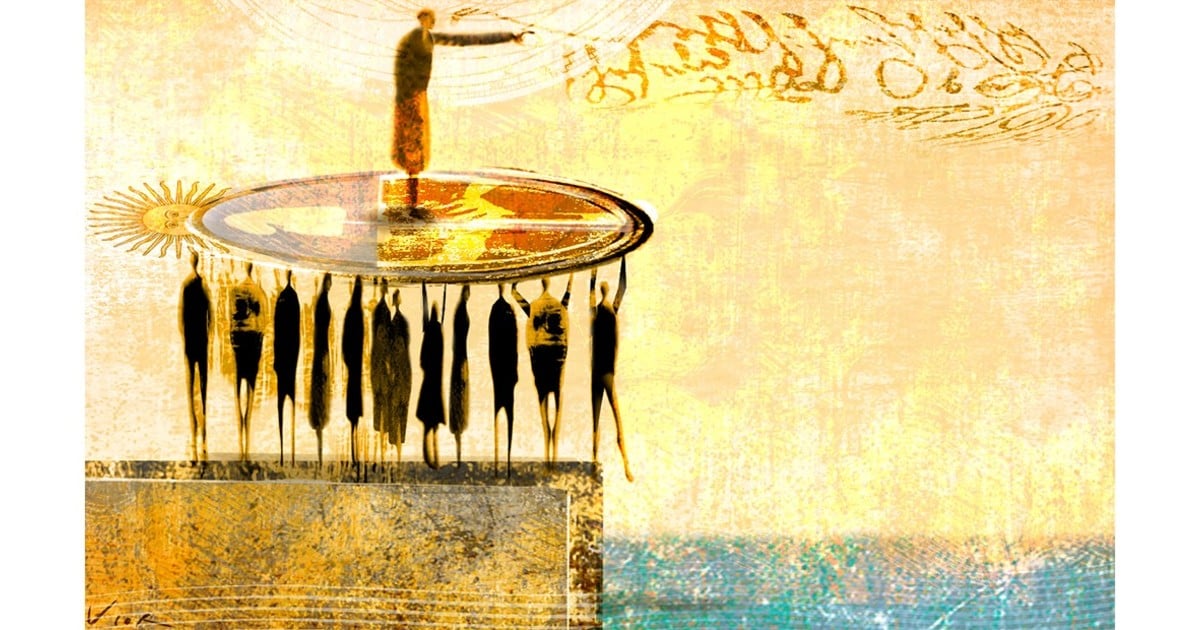 A year and a half of pandemic has exposed the indulgence and apathy of humanity and the toxicity of the politicians we elect. The last batch of leaders were elected in a framework of indifference, seeking the best image or believing in an apparently active and honest trajectory or simply thinking of consecrating the least bad. The scourge of Covid-19 placed these people in an unexpected, compromised and uncertain position (no one would have wanted to be in their shoes), for that reason those who had to carry out this period did what they could, as they could, and not that they really intended to do, right or wrong. They improvised and sustain the vicissitudes of this unusual and unforeseen situation.

Today, with an important section of the journey carried out, the toxicity of politicians in general has become evident, who without a guiding line, without common sense, without clear, real and plausible projects, confront each other to get the citizen vote, leaving in he shows his limitations and lack of interest in others, excusing himself in the existence of a crack in the population. The reality indicates that this fissure only exists between them, and they take advantage of this context of indifference, to move the herd from one place to another, according to their own interests.

There are no platforms or projects, there are no protocols designed for the unforeseen, because they are only interested in today, and that is why there are only alliances based on obtaining the necessary votes that allow them to occupy positions of power, which are far from being qualified. to exercise. Citizen action continues to be null, indifferent and permissive, the usual politicians continue to be the ones who decide for us, we do not participate, we do not speak, we do not say, we simply let go and vote.

In the midst of this pandemic and when countless people are prevented from working freely to avoid contagion, the STEP will be made, which has only served for agreements that in some cases do not even reach the assumption of elected positions, the who do not resign and exercise under the names of pseudo parties or improvised alliances, lacking identity, ideological support and that has nothing to do with what the people chose. These elections (in addition to unnecessary spending), will only show without any need the already known shortcomings and shortcomings of investments in public health, exposing this apathetic and indifferent population to a whim lacking empathy, which they will undoubtedly later call the third wave of the pandemic and thus define their real responsibilities.

Support the shots against the good citizens

It is really catastrophic from the point of view of a citizen who complies with the laws to observe that instead of protecting public and private goods by means of the public force, the taking of large areas of land in different parts of the country is tolerated and allowed with total impunity.

Moreover, it is even inculcated from the highest authorities that idle lands should be occupied and that the security forces should not act to evict those who by force, destruction and fire occupy and settle in large areas of public forest parks.

Examples of what has been said are found in Reconquista (Santa Fe), Mascardi (Río Negro), and also in the provinces of Buenos Aires, Tucumán, Salta …

The integrity of the national territory is the responsibility of all governments and citizens in general to preserve it. No one has a higher right than that of the Nation itself to arrogate under any circumstances, be they supposed original ethnic groups, housing need, among other justifications, to seize by force public or private lands, otherwise they must be evicted by the forces of the Condition.

Allowing the opposite results from total injustice, and attempts against citizens who comply with legal regulations and for all those who gave their lives to defend the homeland from the past in different battles against usurpers, until the most recent in the deed of recovery of the Falkland Islands.

Ask them to remember the university students

Everyone talks about education, presence, virtuality, bubbles, but they never named us: university students. We have been studying virtual for two years, we are close to being professionals and they never mentioned us. The most important university movements that were always revolutionary, remain silent. In my case, for two years I have been studying a degree from a cell phone. I do not have a computer, the State was not able to even propose a plan so that we can access one. They are unbeatable, the prices are crazy. They weren’t able to put together a long-term quota plan or lower taxes on the essential computers in this context.

They do not give us opportunities, they do not give us work, nor do they give us the chance to access an essential tool for our education. They took it for granted that we all have one. We want to go back to the classroom as well. Hopefully they will do something, because every day we are more demotivated and it becomes more difficult for us to study like this.

The vehicular bridge, between the Club Ferrocarril Oeste and private lands, was built and inaugurated in the period 2006/2007 during the administration of Mayor Jorge Telerman by the Government of the City of Buenos Aires.

It had a profusion of posters indicating its provisional nature, until the FC Sarmiento underground was built, work started and stopped.

As its structure was not prepared for large loads, recently they put up a sign that prohibits being traveled by trucks and buses, but it was only located in one of the entrances, on Yerbal street, and they omitted the one on Av. Avellaneda. It is also forbidden to travel by bicycle, having to do so by walking along the pedestrian lane on the side of the Club Ferro.

The Government “is wrong” with freight trains

The trains operated by the government were always in deficit in our country, producing daily losses of 4 million dollars. In these days, the Government has decided not to renew the concession of Sarmiento, Roca and Belgrano Cargas in charge of Loma Negra, Techint and Aceitera General Deheza whose action brings the following advantages to the country: historical record of transported volume; in the event of a deficit, it is borne exclusively by the concessionaire; cost relief for road maintenance as an increasing part of heavy cargo is done by train.

But the government decides to go wrong and will not renew the concession despite the advantages of continuing it. We Argentines will suffer a new wrong decision … and will they …?