Citing inequality, WHO opposes the application of the third dose at the moment 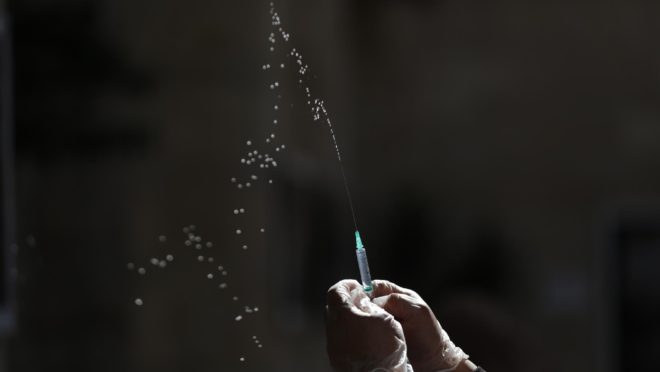 The World Health Organization (WHO) said on Wednesday (25) that data on the effectiveness of booster doses for vaccines against Covid-19 “are not conclusive” and that the distribution of additional doses of vaccines in some countries, while others have yet to immunize the most vulnerable groups, such as health professionals, is a “moral issue”.

“It’s as if you had a life jacket and took a second, while others don’t have any,” compared WHO Director General Tedros Adhanom Ghebreyesus at a press conference on Wednesday. He advocated a two-month moratorium on the application of booster doses of immunizers against the coronavirus, as a measure to reduce inequality of access and prevent the emergence of new variants of the virus.

According to Tedros, while much of the planet remains without vaccines, especially in low- and middle-income countries, the virus has more opportunity to circulate, and new, more transmissible variants with the potential to escape the protection of current vaccines may emerge.

Soumya Swaminathan, WHO’s chief scientist, said at the same press conference that the WHO’s position is based on current scientific data and the ethical issue of equitable distribution of the vaccine. “The urgent task is to reduce and prevent mortality. We have the tools, we have the vaccines. We shouldn’t have 10,000 people dying from Covid-19 every day,” he said.

The scientist said that WHO recently met with a group of scientists and representatives of regulatory agencies from several countries to discuss the need for booster doses, and that the current consensus is that data on the effectiveness of these additional doses, or of how they work in the real world is not yet conclusive.

Swaminathan also stressed that, at a time when global vaccine stocks are scarce, available vaccines should be distributed to those who need it most urgently: health professionals, the elderly and the most vulnerable.

The WHO defends that at least 10% of the population of each country must be vaccinated by the end of September, and 40% by the end of the year, and that is why there is a need to prioritize the available doses. With these numbers, according to the WHO, mortality would be “significantly reduced”.

Kate O’Brien, director of immunization at WHO, spoke at the press conference about the concern about the emergence of new variants of the new coronavirus, which appear predominantly where there are many unvaccinated people and transmission rates are high.

“We are very clear that vaccines are holding up well at the most severe end of the spectrum for this disease, and that was the intent of the vaccines,” O’Brien said. “Protect against serious illness, hospitalization and death. We are seeing that vaccines are fighting these results very well,” he explained.