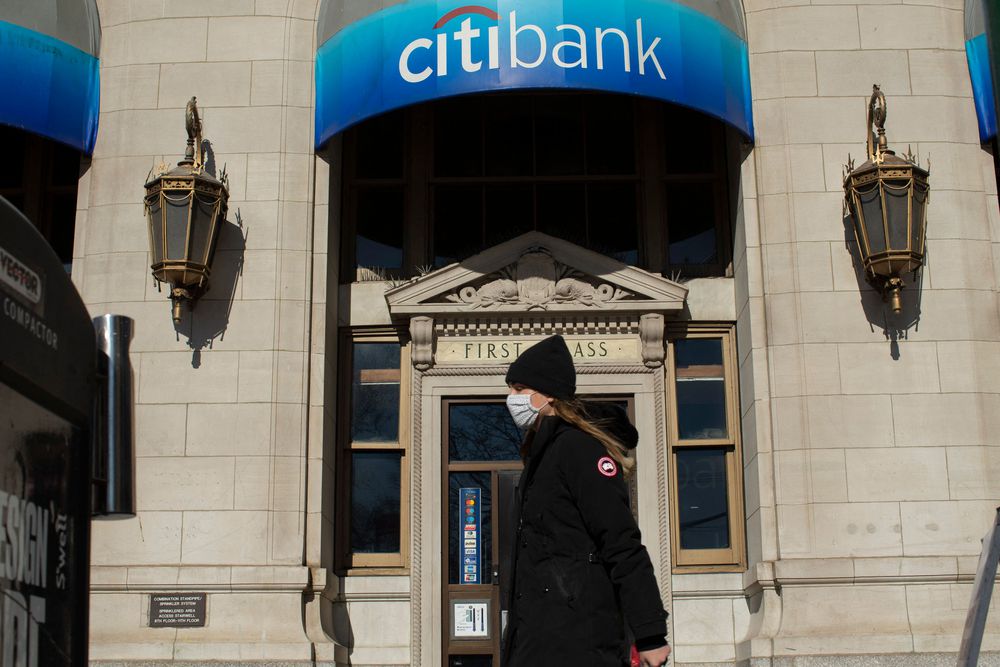 In times of supersonic stock trading, which cross the planet from one end to another in seconds, and with the most precise technology available to traders, it is hard to believe that a dozen investment funds were unexpectedly blessed by a mistake: a millionaire transfer from the US bank Citigroup that should not have been produced.

Last summer, the entity transferred by mistake – due to a human error, they have explained – about 900 million dollars (about 755 million euros) of its own funds, instead of a payment of 7.8 million dollars (6 , 5 million euros) of interest to the creditors of the Revlon company; The 900 million represented the total principal amount of the loan, which does not mature until 2023.

Some beneficiaries, surprised, returned the money that fell to them, about 400 million, but a dozen asset managers did not. And a judge has just proved them right, which has caused Citigroup a hole of 500 million dollars (about 420 million euros) that has forced it to restructure its accounts.

Manhattan magistrate Jesse Furman ruled on February 16 that the bank transfers in question, made on August 11, 2020, were “final and complete transactions, not subject to revocation,” despite also admitting that the operation had been the result of of an error.

In the 105-page ruling, It is established that the ten claimants argued that the transfers coincided with what was owed to them as creditors, so they could reasonably think “that the payments were deliberate”, also assuming that it would be “totally irrational” for Citi to make such a mistake. capital. The judge cites legal precedents, which he details in detail in the sentence, to give the reason to the claimants. “If I could have written on an empty blackboard, the failure would have been another,” he emphasizes. Part of the brief breaks down the inconsistency of the so-called “six-eye” system or filters used by Citi to approve large transfers. The bank is exposed, its shame in the air, in those hundred pages written in obscure legal-financial jargon.

The entity plans to appeal the ruling. In the meantime, it continues to work with Revlon, but has begun to punish investors who have accidentally kept transferred amounts, blocking access to certain debt offerings that the entity manages, according to Bloomberg. Following the ruling, the bank had to add an additional $ 390 million in operating expenses in the last quarter of 2020, forcing it to review its earnings for that period and downgrade to $ 1.92 per share, instead of 2.08. Although indirectly, the oversight has also cost the outgoing chief executive, Michael Corbat, a 20% cut in his final liquidation, who at the end of February passed the baton to Jane Fraser, the first woman to head a large American bank.

The decrease in the settlement of Corbat – which amounts to only $ 19 million – is not due solely to the transfer error, but to the sum of accumulated setbacks during 2020. First, the global impact of the coronavirus; in October, a fine of 400 million dollars, imposed by the council of governors of the Federal Reserve (Fed), the US central bank, and the Office of the Comptroller of the Currency —the federal body that regulates banks—, for “ long-standing deficiencies in risk management, governance and internal data management ”. That is to say, a millionaire sanction for the deficit of controls.

If to these defects are added imponderable such as the pandemic, Citigroup’s balance sheet for the whole of 2020, even positive, went into losses. The entity’s net income fell to $ 11.4 billion last year, compared to $ 19.4 billion in 2019.

Corbat was not the only chief executive of a US bank to have its bond cut due to the pandemic; A similar setback has been suffered by their counterparts at Bank of America —with a 10% drop in income— or Wells Fargo, among other large ones, due to the low interest rates, close to 0%, adopted a year ago by the Federal Reserve to combat the pandemic crisis, which have particularly affected the consumer banking business.

But the sum of Citigroup setbacks seems more systemic than cyclical, as suggested by the Fed’s sanction. The entity has lagged behind competitors such as JP Morgan Chase or Bank of America, both in earnings and in return on capital, and its stocks have underperformed significantly other megabanks.

Fraser, the new chief executive, whose appointment has been hailed as a milestone that breaks the glass ceiling for women in the banking elite, has stated that she will try to apply what she has learned from her destinations in Latin America to the management of the entity. , where the bank has had a considerable presence although it has loosed its ties over the years in some sectors and countries.